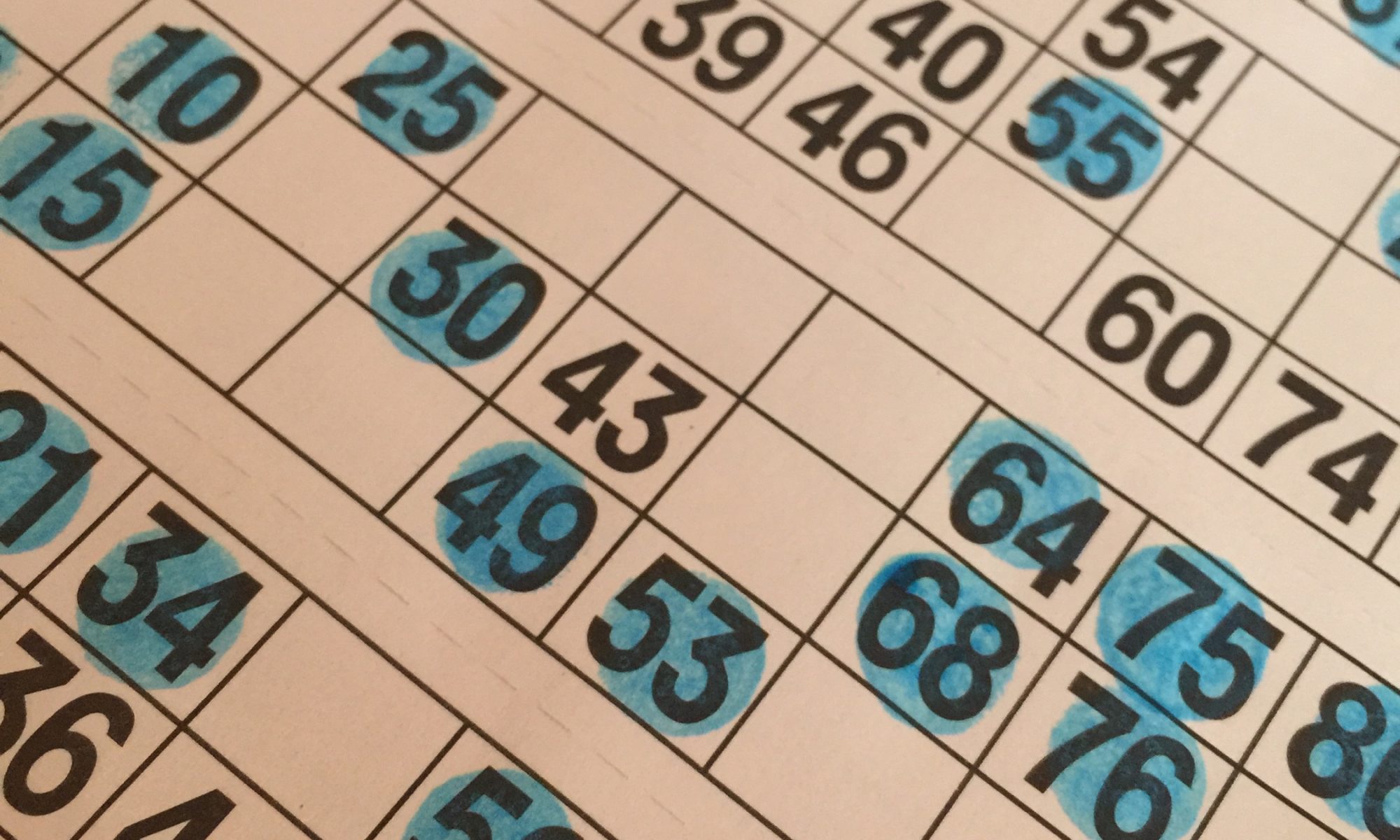 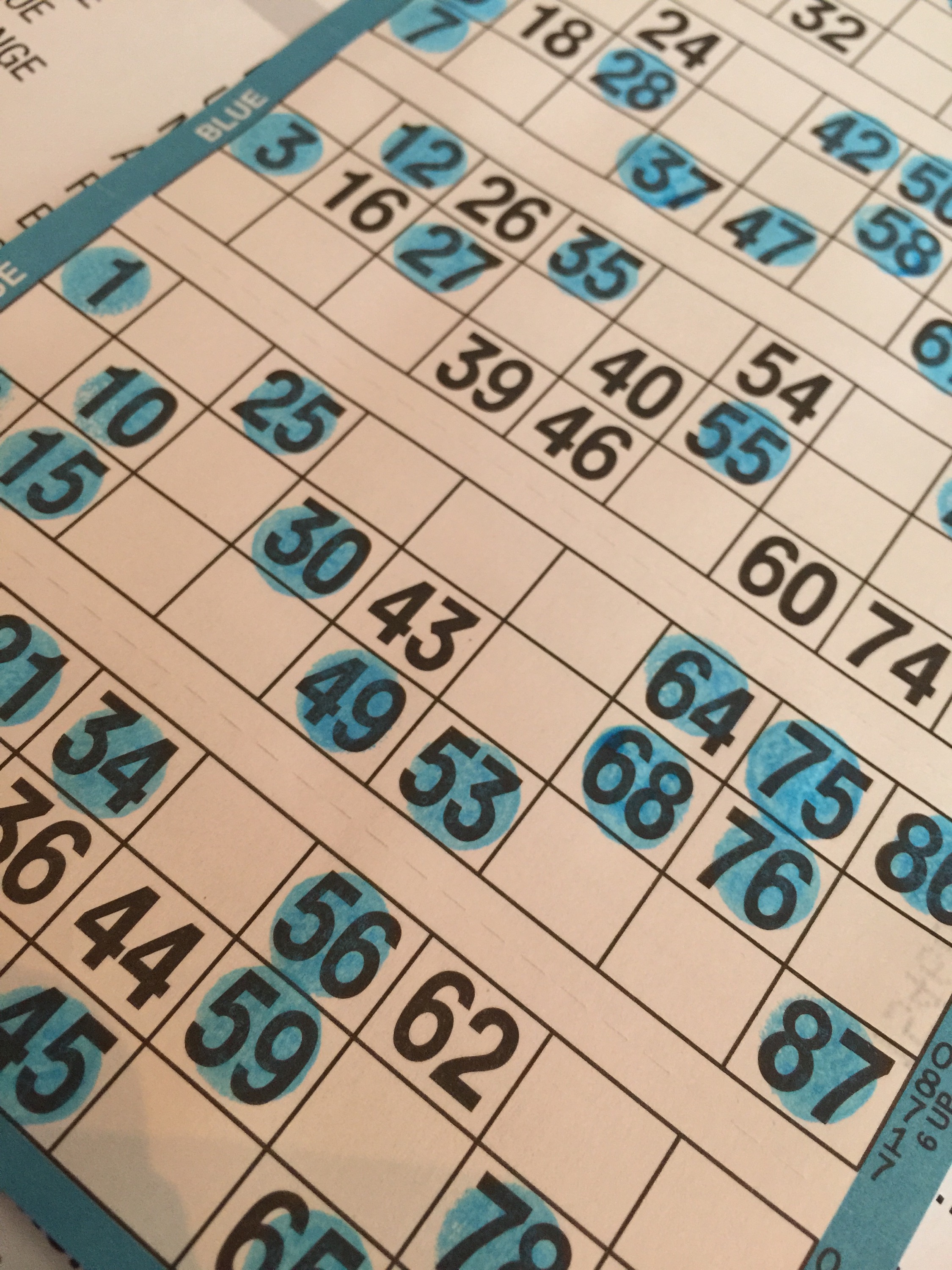 This item on my list was inspired by spending time with Mario’s nonna last year; bingo is her social life, and keen to get to know her better I begged Mario for us to go with her (it was awesome, and I learned some Italian curse words). It also had a sentimental value for me, as it’s one of the remaining memories I have of my own grandmother – spending weekends at the bingo hall playing with her, and winning loads of prizes. Apparently in my memories my grandma was pretty good at it 🙂

This was one of the 52’s that Bel and Kat were interested in joining in with me, so we sourced a location online and booked a date in. Only a day before I checked the website again, only to find out that the information on that particular venue had completely disappeared – it was as if it never existed! I rang them and confirmed they didn’t host bingo there, and totally bummed I let the others know the date had been cancelled.

Fast forward a week, and Bel messaged me confirmation that the Maroochy RSL hosted Saturday morning bingo. I passed that onto Kat, and with all of us being available on the same Saturday morning we locked it in. I rang my mother and invited her as well, figuring that she might enjoy the morning out, especially since she’s partial to a bit of pokies action (I correctly assumed she’d spend some time in there afterwards). Despite telling me how much she hated bingo, and hadn’t played since 19-something-or-other-year when she had been told off by one of the ladies at grandma’s bingo hall, she agreed to come. 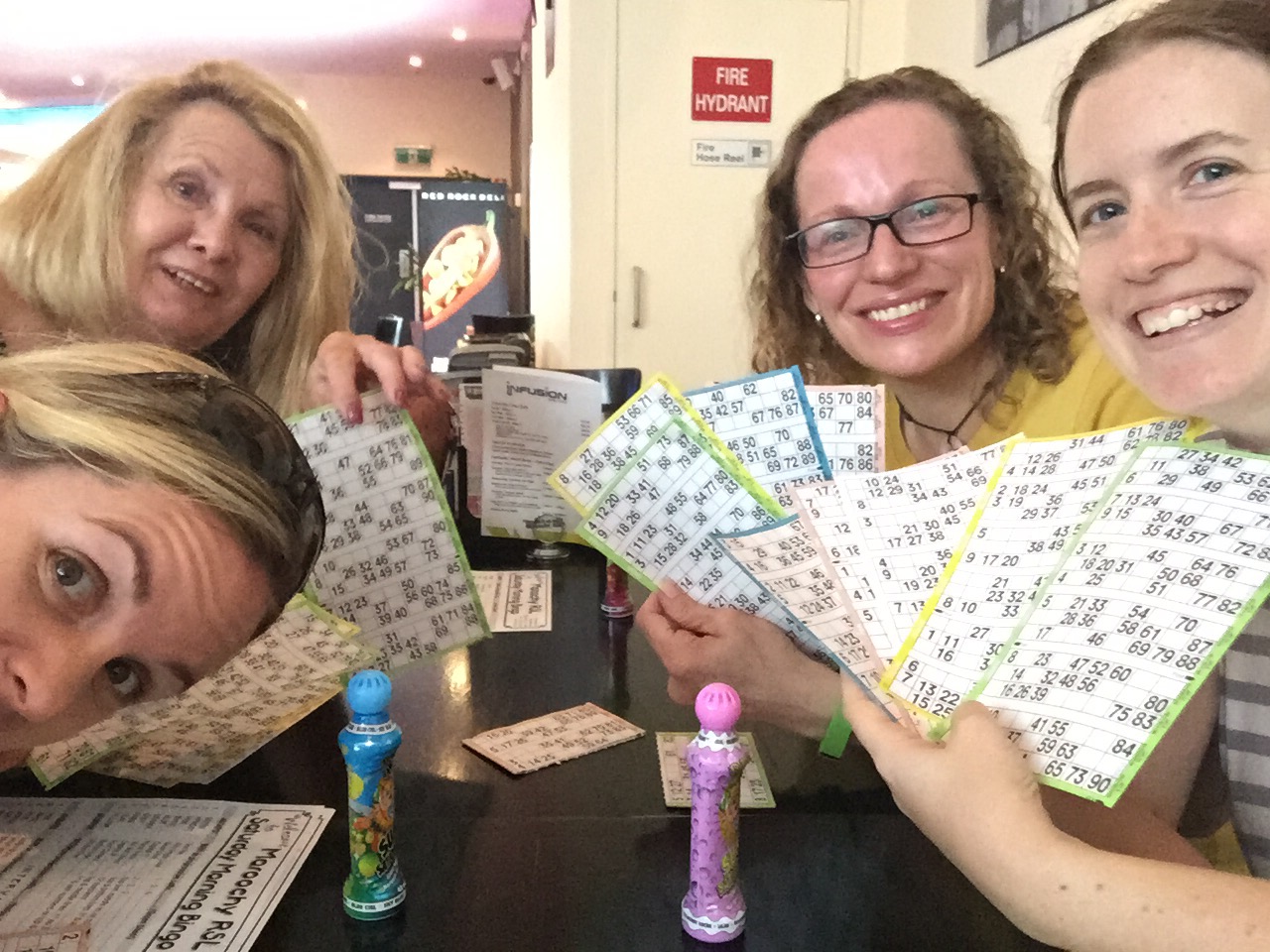 I was secretly hoping that when we arrived they would be selling the special blotting pens that you need for bingo, and I wasn’t disappointed. I bought a pen for everyone (since it was my doing that we were all there), and then we lined up to purchase our cards. 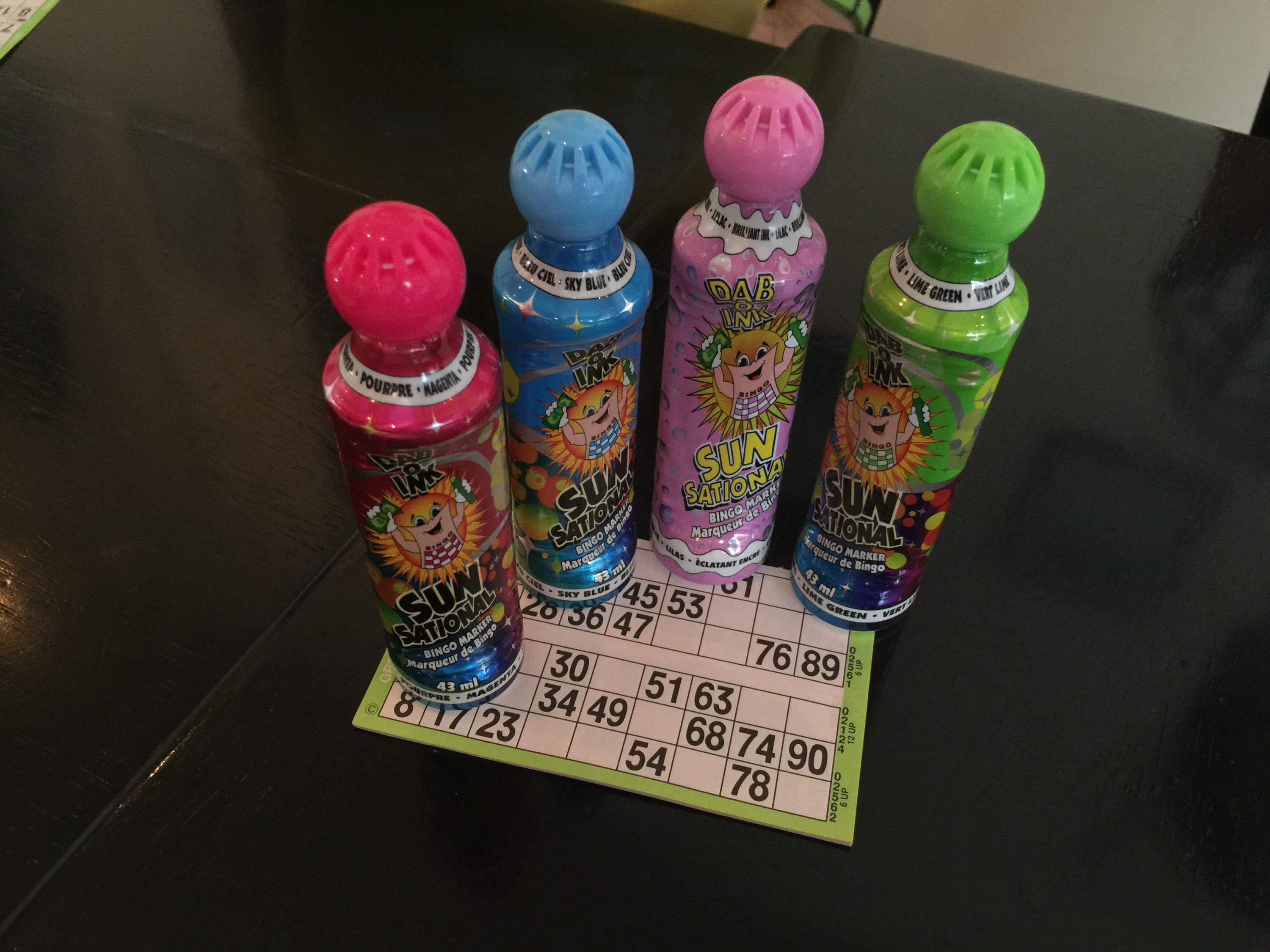 If you’re new to bingo, here’s some tips:

All that said, it was super fun!

So about all the types of paper that you get? You’ll find they’re all multicoloured too, which helps you to identify the games. Pick up a game schedule and you will be able to figure out which game you’re playing as it will list the colour, plus the number combination per line e.g. 3-1-3 will be 3 numbers in the top line, 1 number in the second line, 3 numbers in the bottom line.

The important thing to remember, especially with the smaller card ones, is that when someone calls bingo because they’ve got the particular layout or challenge that you needed, it doesn’t mean the game is over. They still then play numbers until someone fills out one of the whole boxes of all their numbers.

Which is how lady Kat became $90 richer: 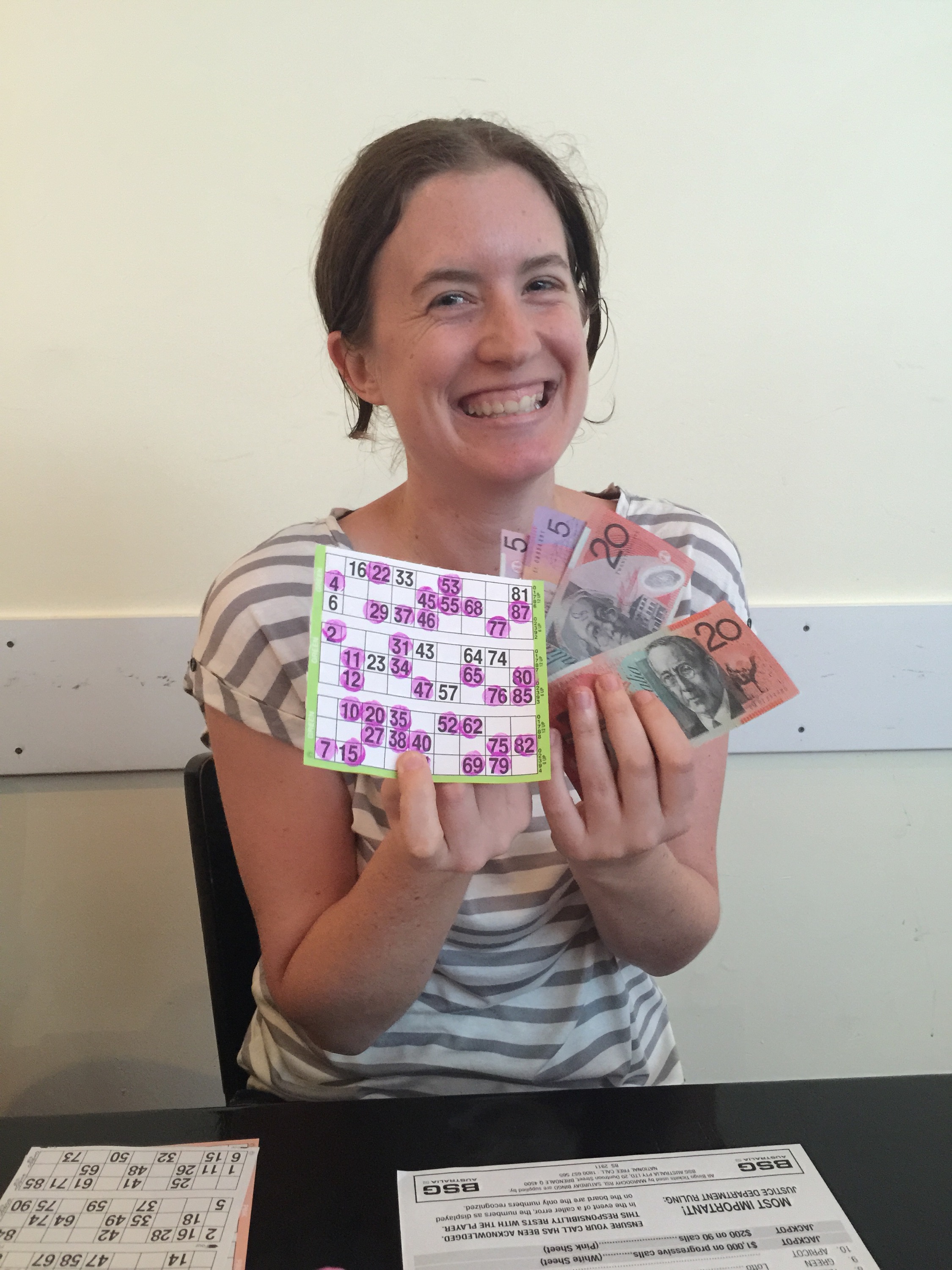 Look at all those pink numbers blotted out on the bottom box!

I have to be honest, I was exhausted by half time. I’m an office worker, and I’m used to my eyes staring at a computer screen all day long (not a good trait and probably the reason why I’m booked in for a sight test today). Spending a good hour scanning a page for a particular number actually left me pretty darn tired! In saying that, I can also see why it’s great for the elderly because it really helps to keep your brain ticking and your attention to detail there. Some of the people there were machines, playing several cards at one go plus even a machine! I can only imagine how switched on you’d need to be to keep up!

In true format we found our rival table that we had to beat, purely because she was winning too much (good for her, but we were very jealous). Maybe we’ll go back and upset her by winning more than her, and then we’ll become really good friends. Kinda how we made friends with Christine, Dave and co from the evil Tall Poppies (aka trivia competition friends, and not actually evil at all).

We all agreed it was actually a pretty fun day, and we wouldn’t mind going again (although we did toss up the idea of leaving at half time if we got tired). Since talking about it with friends there’s been a few others who have indicated they’re keen to join in on the action, so we may have a bit of a repeat on the go. Rumour has it that it may be a bit of a sunday session, so this may mean I’ll have to supplement it with a beverage or five. Being drunk will probably mean that I’ll be responsible for the false bingo, but when it comes, I’ll immediately deflect onto Kat with disapproving looks and italian curse words. We can’t have her winning twice and gloating about it!

Anyone else keen to join in on our endeavours to become bingo machines?