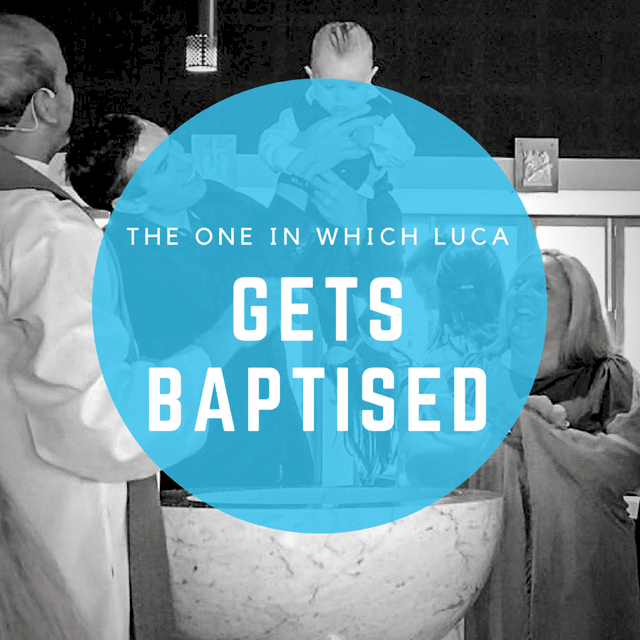 Now, I don’t know where everyone stands on the religious thing, and to be honest, it’s not for me to judge. It’s for each individual to figure out. I respect all religious choices. For me personally, I’m not overly religious. I was raised a catholic, but I never go to church.

Do I think there’s a higher being? Yeah, I think so. I like to think that I can occasionally pray to someone to help me get through things or be kinder.

Do I like the catholic institution? Heck no. All the horrific things you hear coming out of the church are disgusting at best. I don’t feel like I agree with the institutionalisation of religion at all. A place of worship? Sure. A business? Nope.

Do I believe in the story of “God” as per the bible? I don’t know. I’m scientific in nature so I think that probably hints more at my religious beliefs than anything.

So bearing all of that in mind why baptise Luca? 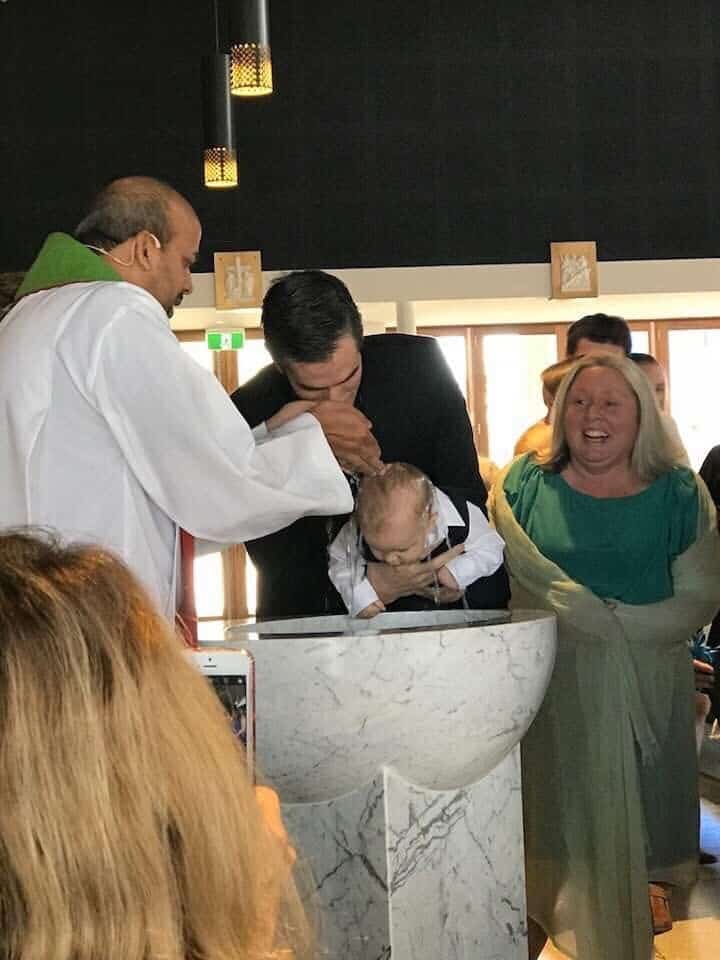 Important to my hubby’s family

In Mario’s family it feels like it’s expected as part of the child’s upbringing. We had been to my niece’s baptism (Mario’s sister’s baby), and it was a beautiful ceremony! Afterwards we all went for lunch and had a great time.

They’re religious but also not a family that goes to church. They try to live by the morals and principles in the bible, and be as good to each other as possible. They follow the sacraments, and religious holidays. On Good Friday you won’t find them eating meat.

As Luca gets older it’s expected that he will follow the reconciliation and communion process as well, and that doesn’t bother me. If I had strong feelings about religion then maybe, but being so indifferent myself, I don’t think it’s a bad thing.

It means Luca can have a choice

As he gets older, we will have the option of enrolling him in a catholic private school. Once there he will be able to be taught religion and the beliefs of the church. As part of that, I will be having discussions with him about everything he’s taught.

My hope as a parent is that I teach him to not blindly follow something without questioning it first. Then if he chooses to believe that’s fine, and I will respect that. If he chooses not to, that’s also fine and I’ll respect that too. Above all else I just want him to be educated and informed. 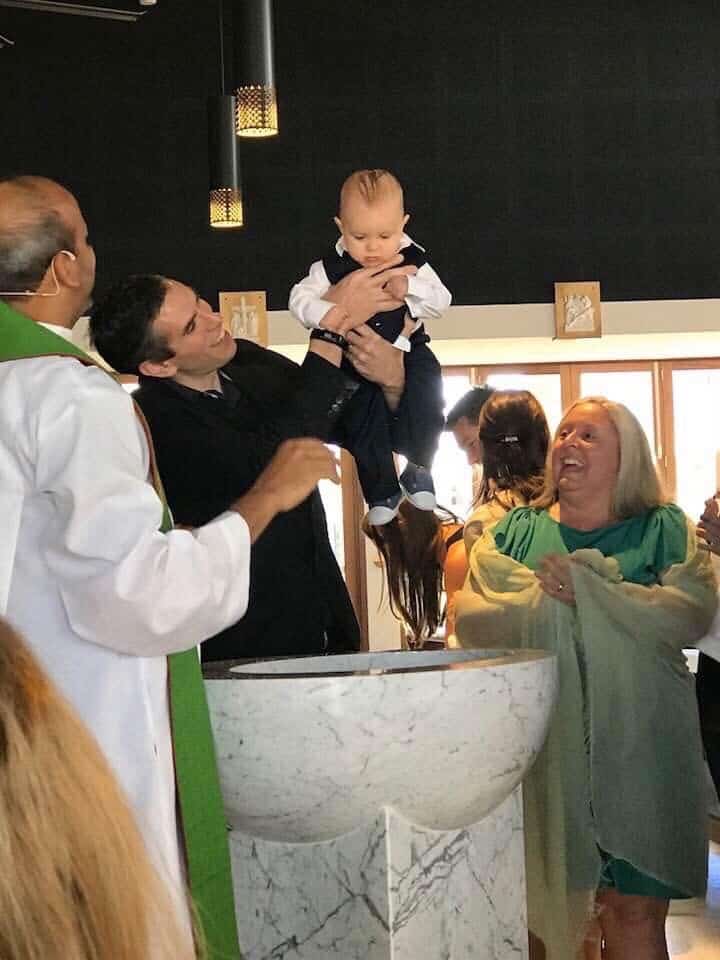 Nice to bring the family together

I always enjoy a family get together. As I’ve grown older I’ve learned the value of family, and taking the time to be with each other while we still can. And hey, if a baptism can bring everyone together then I’m all for it.

After the baptism we met at the surf club for lunch. I had a great time chatting with friends and family. There was a lot of us, and the crazy thing is that we tried to keep the numbers down. We had kept it to family and only about 8-10 friends (plus godparents), and we still had an invitation list of 80 people! Our families are huge. If I could have invited all of my cousins (both Mum and dad’s side) and all friends we would have, but it would have been over 100 people and just too costly.

We didn’t expect to get presents, but boy did Luca get spoiled! We were blown away with the gifts that he received. He got a bike (we will have to store it for a bit as he’s too little for it right now, but I can’t wait until he’s old enough), clothes, baptism certificate holder, a cross, St Michael pendant, a rock and roll snail (it makes noises and has shapes you can put into it), money for his savings account, prayer book, wall hangings, ADIDAS sneakers, cutlery set, photo frame, angel, money box, hand-made washer, and donations towards various charities and foundations.

Lucky man indeed! Thank you everyone!

My friend did my hair for the day so I looked like ‘a grown up’ as another friend described it. My dress is one that I wore to my cousin’s wedding last month, but I’ve lost a little bit of weight so it sits a bit lower in front now. Which means my boobs are on display! And they’ve become huge since I fell pregnant and then my milk came in!

Luca was amazing. He entertained us in the church by first talking and chuckling. When he got changed into his baptismal gown (his father’s gown, also worn by his aunt and cousin) it was a bit cold, so he decided to share his displeasure with us all by shrieking. The priest even started to giggle at one point. At lunch he was a dream and was happy to be passed around to everyone. He napped on his Nonna’s shoulder for a bit, and snuggled in for cuddles with others. He also looked very dapper in his little vest and suit that his Nonna had bought him especially for the occasion,

I have to admit I managed a sneaky couple of glasses of wine at lunch, oh how I missed wine. I may have also started a new chant: formula! Formula! The odd bit of formula or pumped milk gives me a break, which is nice every now and then.

A huge thank you to the family and friends that came, or those that wanted to come but unfortunately weren’t well enough to attend. We forgot to take photos with everyone, so the only ones we have are those I’ve poached from the family.

Thank you for supporting and spoiling our little guy. The love from you is the most important thing of all, and after yesterday we were all definitely feeling the love. No Catholic Church jokes!