Let’s go through them.

When I was pregnant my hubby and I did an antenatal class to prepare ourselves for the birth. After that, all of the girls in the class stayed in touch. We were all first time mothers, and it was helpful to chat with others going through the same process.

Well, just recently we’ve gone from more of an online discussion group with the odd catch up to becoming more of a mother’s group., starting with organised a fortnightly catch up taking turns hosting at our houses. The babies play, the mother’s debrief, and we all enjoy ourselves.

For the privacy of my friends’ babies I won’t be uploading a group shot here, so instead here’s a photo of Luca in the jumperoo at one of the girls’ houses (he loved this thing, and played in it for about 30mins without saying boo).

I’ve actually made a couple of toys, but only one I think really counts as completing the task. 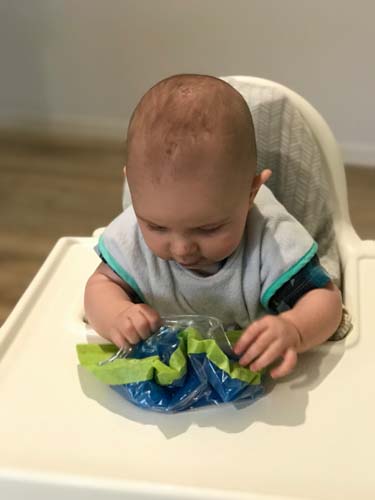 Get a mole scan

I have fair skin and burn easily, so I should be more diligent about mole checks than I am. Hence why I put it on my 52 list, to manipulate myself into getting a scan done.

As it turns out we found that one of the moles on my shoulder has changed, with a bit of a strange grey colour taking shape. It’s almost as if the pigment has started to come out of the mole.

To be safe it’s getting removed in just under a fortnight (about 4-5 weeks from when it was noted). Annoyingly I get keloid scars, so my doc has offered to put steroids into one of the scars to flatten it out. The mole to be removed is on my shoulder, so it’s in quite an obvious position. Hopefully it doesn’t scar badly. But hey, no cancer, right?

Public service announcement: go and get your moles checked so you don’t get cancer. Book an appointment in. NOW.

Read two books on the kindle

To complete this one I subscribed to Book Runes, a service that emails you daily about free/discounted Kindle books. I was able to secure a few books from there and queue them up for reading.

I snatched some time here and there after the baby had gone to bed, along with when I caught a train to the Gold Coast for the Commonwealth Games (see my other update later on). The books I read were:

I can’t complain because they were free books, and you get what you pay for. Sometimes I’ve had the luck of reading some great books through the service!

Judith Lucci had a note at the end of her book that she would love to hear people’s thoughts, and if there were any issues to email her. It was her first book and she was keen for feedback. I thought she had a lot of potential, so I’m definitely going to contact her.

Play a new board game

I visited some friends for a bbq night a little while ago, where we played a game I’d never played before. It was great! 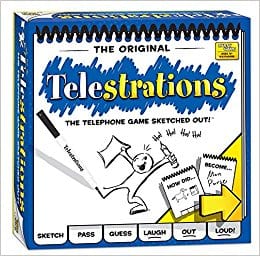 Telestrations (*affiliate link) is a game where you draw a card, and roll a dice. The number on the dice corresponds with a word on the card. You write the word down, then depending on the number of players either pass the book or you try and draw the word pictionary-style (for the purposes of this explanation I’ll pretend you wrote the word).The next player then looks at the word and draws it on the next page. The book is passed to the next player who looks at the drawing then writes the word down again – or at least what they think the word is. That happens over and over until it reaches the original person, who then looks at what the word now is.

It sounds simple enough, and a bit strange right?

By the end of it the word has changed so dramatically to the most bizarre of things!

I can’t recommend this game enough. I didn’t think I would love it as much as I did, and now I want to buy it for my own game night. It was brilliant.

Go to a sporting event

I went to the commonwealth games! I’ve always dreamt of attending either a Commonwealth Games or an Olympics, and finally my dream came true. Even better it was on my home turf, in the state of Queensland. 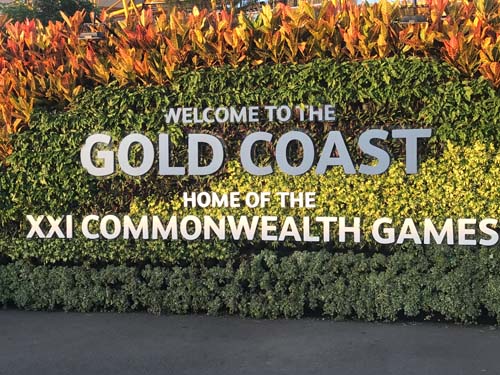 We were lucky enough to get tickets for: 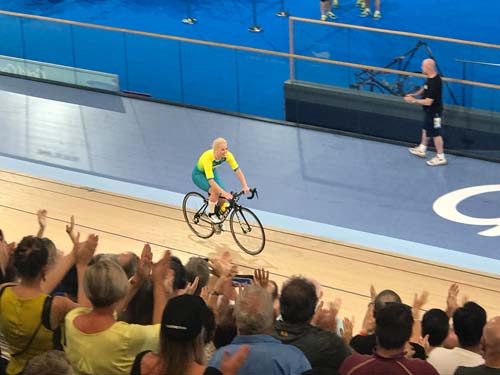 FYI – she’d just won gold and was doing her victory circle lap (hence the lack of a helmet).

Now here’s the thing. We got rained on at the swimming finals, my legs cramped at the cycling and the Closing Ceremony was just shit. But I have zero regrets, and I absolutely loved the swimming and cycling events. It was my first time ever going to a velodrome, and the speed of those cyclists was insane.

I’d do it all again without hesitation. Dream fulfilled.

Last year for my baby shower my friend gave me a voucher to get a pedicure. Well, I finally used it.

I managed to sneak in a visit on a day when Luca was in daycare and before I’d returned to work. I had a morning at the plaza, getting my eyes tested, coffee with a friend (hot chocolate in my case) and enjoying a pedicure. It was quite the nice day!

When I get my nails done I’m terrible at choosing a colour and I don’t always think rationally. Once I picked white for my fingernails and it looked like someone had coloured in my nails with a correction marker! This time I chose purple/lavender, and well, I guess it’s not as bad as white! 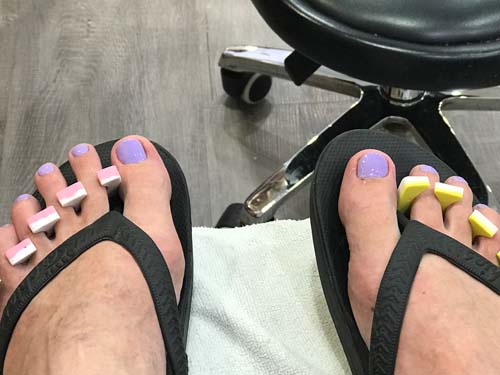 Maybe I’ll treat myself again next month. Maybe I’ll start thinking about a colour now…suggestions anyone?

And yes, I know how ugly my feet are. They’re ruined from years of rolled ankles at netball, and beating down on the pavement when running. Thankfully I’m not interested in a modelling career.

The purpose of this 52 was to buy an outfit to help with my body image and confidence issues. And I think I smashed it.

I went shopping for a new dress to wear to my cousin’s wedding, and managed to find this one from City Chic. In my opinion it was quite flattering on my body, given I’ve still got a lot of weight to lose from my pregnancy. I’m extremely conscious about being the biggest I’ve ever been in my life, and I also have a lot more cleavage than I’m used to! 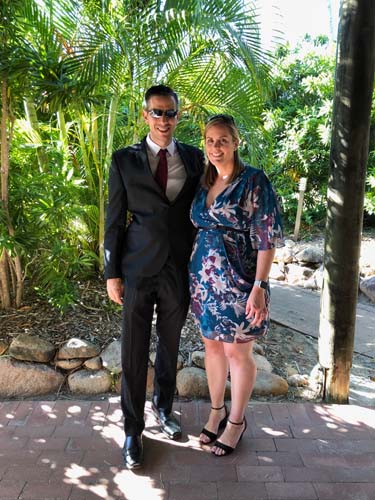 My hair appointment didn’t go to plan and I didn’t get more than a few minutes to attempt some makeup, but overall I was happy with how I looked. My hubby scrubbed up well too! I daresay I’ll use this dress again in a couple of months for my son’s baptism.

One of my friend’s looked after Luca while we attended the ceremony, but unfortunately he cracked it for her later so we ended up having to amend the plans for the rest of the evening. We don’t know if it was teething or attachment issues, but all I know is he needed to be with his parents. In the end he passed out at about 7pm, after which Mario and I tagged teamed being in the room with him while the other attended the wedding (Luca doesn’t sleep in the pram well at all, if ever).

A huge thank you to my good friend, The Humble Mum, for everything you did. He wasn’t easy for you that day, and I know I would have been extremely flustered. Thank you! x

Originally when I wrote this one in my 52 it was about spoiling myself. I much prefer how I completed this one instead.

The short version of the story is that I visited a cafe and detected the manager was bordering on tears after a dreadful day. On impulse, I decided to go and buy her some flowers and some other small gifts for her and the staff. It brought her to tears (good ones thankfully), and she was speechless.

I ended up writing about it, so for the whole story you can read it here: Today I made a Retail Manager cry.

Way better than getting myself some, right? I still might spoil myself later in the year.

So that’s it! Onto the next month, where I’ve only got 26 items remaining! It feels so good to be halfway through the list before I’m halfway through the year. I’m ahead for once! So far I’ve got 3 slated to be completed by May, with one more closely within reach. There’s more to be done if I make an effort, so I’m interested to see how the list shapes up by the end of May!