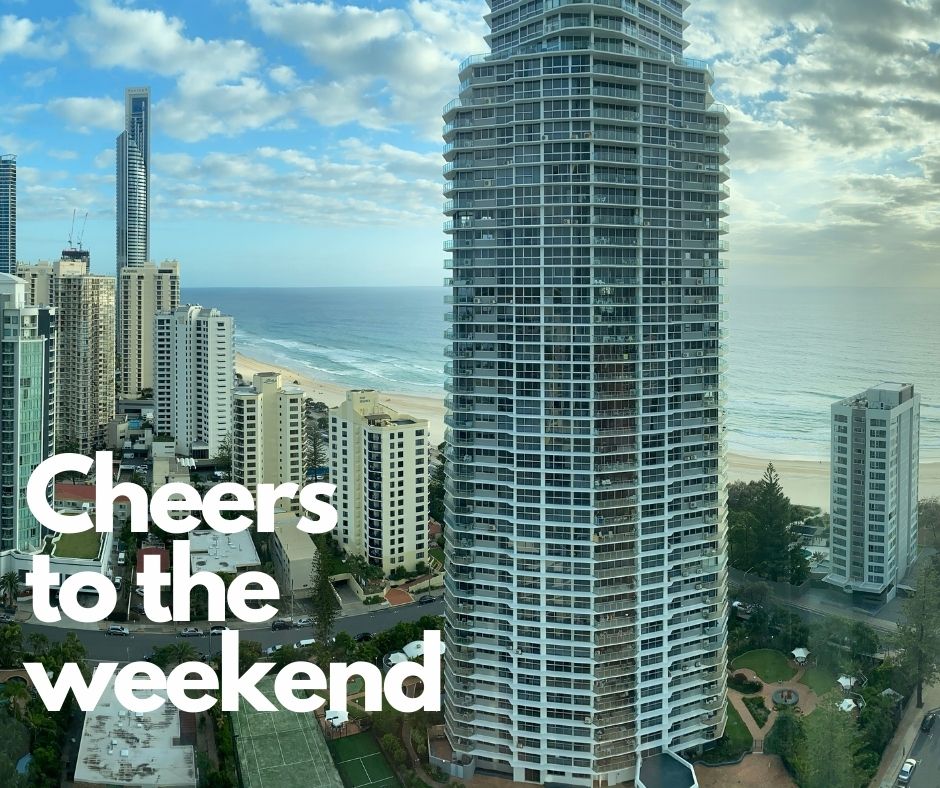 I was just about to title this article “starting the week on a high”, and then the news told me that Foo Fighters just released more music. The week just got even better!

It’s 7am on Monday morning, I’m eating breakfast and I’ve got my feet up. I’ve just finished my run on the treadmill and showered. After I finish breakfast I’ll pack my lunch and head into the office. Last night I slept for 7 hours, the night before that I slept for 9. I feel rested, and human. I feel motivated and positive.

This weekend was fantastic. I got some time away with my hubby, just the two of us, while my son went for a sleep over at his grandparent’s place. From what I understand my little guy was running non-stop, and had a ton of visitors to play with! He had an absolute ball! My goodness I missed him though, and I ran to get cuddles from him when we got home.

My hubby and I just recently celebrated our 4th wedding anniversary – my, how that time has passed quickly! We decided to book ourselves a hotel room at the Gold Coast, which always has a bit of a “holiday venue” appeal for me. We stayed there a bit as a kid, so even though it’s familiar to me it always has this air of a foreign destination.

I had dreams of bike rides by the beach, relaxing by the pool, good food and wine. In all we ticked off the bike ride (we hired e-bikes instead of taking ours, as we knew it would be a challenge to park our car with bike racks on the back), the pool and wine. Good food we didn’t really cross off but that’s because ultimately I wanted to just hang out in the hotel room. It’s rare that we actually stop and sit still. Unfortunately the hotel doesn’t do room service anymore so we ventured out to the local pool bar, grabbed a burger and poutine and went back to the room.

It was so nice to just hit reset, have a bit of time to ourselves, and remember what it was like to just hang out without the stress of life or a child. I was totally that mother that was talking to everyone about their children, and constantly pining for my own. I can’t wait to go camping again or on holidays with my little man. I’ve got withdrawals because we don’t have anything planned for a few months at least. That has to change!

On a final note, I just want to say that I’m ecstatic for America. I’m not an expect on US politics by any means, and I don’t know enough about Republican v Democratic policies. But I do think I’m experienced enough to identify someone that’s extremely toxic, racist, derogatory, divisive, and incompetent. I can’t say that I would have voted for Biden, but I can absolutely state that there was not a chance I would have ever voted for Trump. From an outsider’s perspective I have never seen so much unrest and hatred coming from America, and I really hope that this is the first step in that country starting to join back together and get things done. I truly felt like I wanted to dance and cry with the country once he was announced. I certainly fist pumped the sky. God bless America, and I am praying that you all remain safe until Trump leaves the White House for good.

As for me? It’s now time to go to work – adios! Here’s to a great week ahead!

2 thoughts on “Cheers to the weekend”