Well, 2020 is off to a cracking start! We’re 9 days in and I’ve been able to cross a few things off my 52 list already, and made progress on others!

Unfortunately this weekend I came down with some weird sickness – I think a nasty but short-lived cold. My in-laws were up on Sunday, and I felt terrible, because I was a complete sloth that day. Not exactly quality visiting material. Thank goodness they had Luca and the hubby to keep them company. All up I had about 13 hours of sleep and clearly needed it.  [...]  read more 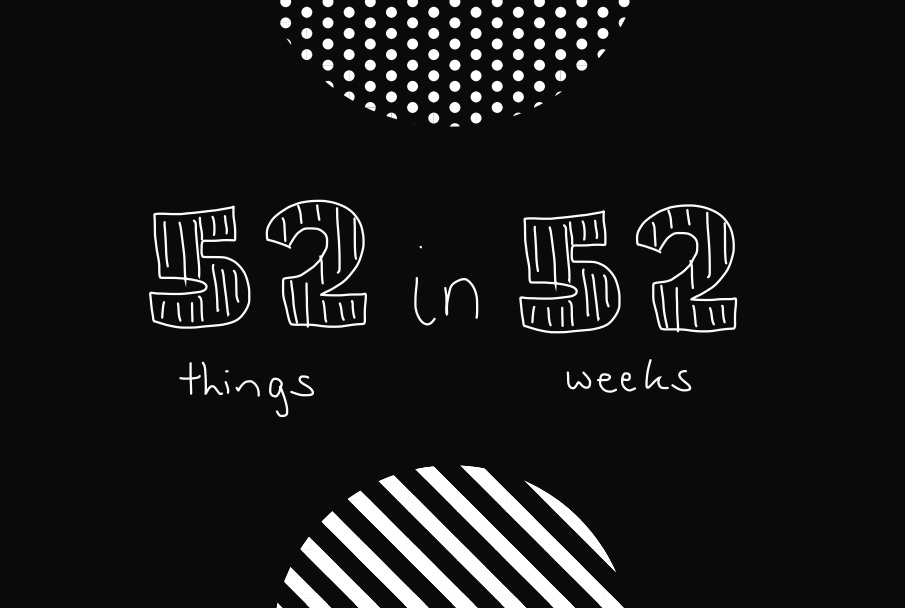 Here it is, this year’s 52 things in 52 weeks list! I’m so freaking excited for the list this year. I’m feeling positive, and raring to go. There’s a lot of things that I’ve really not been motivated to do (ever), and things that I just need to do. This is the year to do it.

– seen on an internet meme 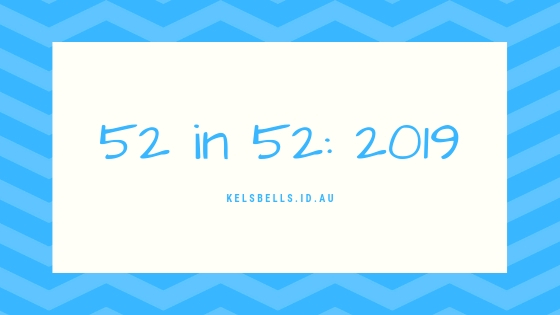 Merry Christmas everyone! I know there’s still a few days to go until the end of the year, but I’ve got such a busy few days coming up that I don’t know if I’ll have time to write. I’m also extremely unlikely to achieve any more, so I’m wrapping it up early!

Today my husband had to work unexpectedly (client needs) so I decided to book my son into daycare and have the day at home. That sounds relaxing, but in reality it was so I could spend the day cleaning. The house has been woefully neglected without a good clean in weeks (possibly months) now. I’ve been super productive, and it’s starting to feel a bit more organised and tidy again. I always feel so much happier and relaxed when there’s not any clutter laying around. [...]  read more

We’re almost past the middle of the year – 6 months down. I have no idea where the time has gone! And hey, remember those 52 things I try to do every year? I’ve barely focused on them at all! I figured that if I did a bit of a check in that it might motivate me to get cracking on some more.

Back in April I had posted an update and there were 13/52 completed.

My gut feeling was that I wouldn’t be much further than that, and I was right. Two months on I’m at 18 completed, well short of halfway. But hey, it’s about making the time to get these done, right?

Since the last update I’ve completed:

Bake something from scratch

– on the first day the Aussie women were playing in the FIFA Women’s World Cup my son and I made pancakes. Except given the event, we put a twist on it and made green and gold pancakes! It was super fun! [...]  read more

It’s been a bit of a crazy week for me this week – I had a lot on work-wise, and on Wednesday I spent the entire day at the zoo with Luca. By the time night rolled around I didn’t have time to spend in front of a screen. As a result I didn’t get to post my weigh in Wednesday post, and I’ve not had a chance to post it since.

I was going to write it now, but given the next one is due in 3 days, I figure I’ll combine them both together. To weigh-ins in one. Woo.

Instead I figured that tonight I’ll share an update on my 52 list and how the past 4 months have been.

Edit: I tried to include some images from Instagram but it’s playing up on my iPad, and I don’t have my laptop here. So verbal diarrhoea it is.

Blimey, wasn’t that a mission. I went out on a walk with him 3 times to try to find a geocache, aaaaand we never found one. Mainly that was because the locations and very nature of a geocache is that it’s hard to find, and with a child in a pram I’m not exactly going to be able to go remote places.

At one place I left him on the pathway and walked to the side by a metre or so, but once I realised it was going to be a good 10-15m away I wasn’t comfortable with the idea. I returned back to the pram immediately.

So while it wasn’t a successful geocache, I still did it. A few weeks later a friend visited me when I had a day off from work and we went out together; we found 3 or 4 that day, one that was bloody well hidden.

Visit the zoo with Luca

Yeahhh….we’ve done this probably about 4 times this year now. We got annual passes to the zoo courtesy of my in-laws, and it’s been great. As Luca gets older he’s recognising the animals a lot more, and he gets super excited to look at them. They also have a little water park now too, and he has such a great time running around with the fountains.

Drink 2l of water every day for a week

Done, but should be doing way more. I need to keep focusing on this; it’s a great habit to be in and I keep letting slide.

I tried a new one, Bondi Sands Dark, and it actually turned out pretty great on my legs. Well, except for that bit where I didn’t blend it in properly on my foot and I had a GREAT line happening (it was hilarious).

I was also given some Eco Tan Face Water to try from my sister-in-law, and it’s actually really amazing!

Do an Escape Room

This was my birthday treat to myself, and together with my husband, sister, sister-in-law, and two best mates we gave it a crack. I was a bit optimistic and booked us in for the advanced room, and unfortunately we didn’t break out. HOWEVER, she was very impressed that we worked out a lot of what we did, and we made it to the third part of the room, which is quite rare. Go us! I’ll take that as being nearly as good as a win!

Go to a Gold Class Movie

My Christmas present from my sister and sister-in-law, and it was awesome. We organised for a babysitter and my husband and I went to the movies for a date night. We went to see Aquaman, which was entertaining enough…but sorry, DC has nothing on Marvel. Not even with a super-hot Jason Mamoa.

This was fun! We went and had a look around the Air Museum in Caloundra, and it was great! They have a lot of larger planes, and at the time they had quite a few there for a special display, so it was great timing. I was stunned by how small some of the planes were; pictures are very deceiving. I’m also amazed by just how thin and streamlined some of the fighter jets are – technology is incredible!

Watch all episodes of F.R.I.E.N.D.S

Dooooooone. This was done over weeks of binging, and towards the end it I started getting a bit over it. Maybe I should have spaced it out a bit, but I was hanging to know how it all ended. I can’t believe I’ve gone this many years without having found out spoilers. So NO I WON’T SHARE for those of you who still haven’t seen it.

One of my besties was on the receiving end of a LOT of memes over those few weeks.

I have to get this off my chest though – they were really shitty friends to each other! There was cheating, lying, leeching, even parents got involved…..that’s pretty horrible. I guess they were all there for each other when it counted…but….really?

Participate in Clean Up Australia Day

Give my husband a massage

Done; although I probably should do this a bit more. Try to be a nice wife and all that.

I actually tried to do this a few times, but I was SO picky. Finally this weekend just past I was in Lovisa and saw a ton of cute ones on special – 5 for $12. Sold! I bought: