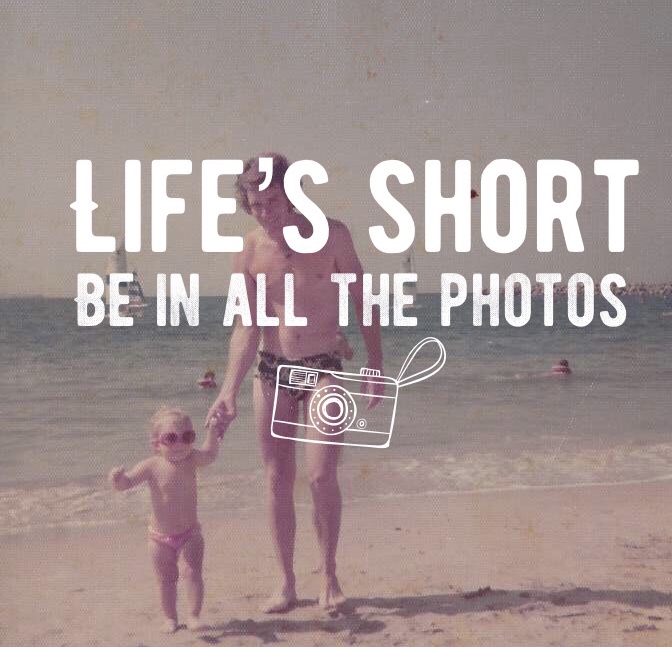 Last week we celebrated my parent’s 70th birthday. It was really fun; my sister, sister-in-law, husband and I had joined forces to organise it as a gift for Mum and Dad. We had invited a lot of their friends and family, and for those who couldn’t make they recorded video messages we surprised my parents with later.

I had been tasked with creating a photo slide to play on rotation on the big screen. I had raided my mother’s photo collection and spent nearly 48 hours in front of the computer and scanner. Together with photos emailed to me from the family we had over 400 images.

As I scanned I reflected on what I saw.

I saw photos from many different decades, countries and seasons. There were photos with their friends, each other, and their own parents. There were photos from when they travelled Europe in an old VW Combi van. Photos from the beach, and trips overseas with my grandparents. Unfortunately my grandparents have passed on now, but it brought me so much joy to see photos of them again. I actually cried a little bit.

That’s when it hit me. At some point I’m going to have my own photo slideshow.

The thing is, it’s a whole different ball game these days compared to when my parents first started taking photos. Cameras are built into most devices. It doesn’t cost us anything. We don’t have a limit of how many photos we can take before we have to make a trip down to a processing centre to have them developed. We can take 50 shots and choose only the best one.

Let me say that again.

We can take 50 shots and choose only the “best” one.

Obviously there’s the whole “put your best foot forward to avoid being judged” thing going on, but have you ever looked at a photo of yourself years later and had a whole different emotion to when the image was first taken? I have. I remember posing for a photo one morning before we did a workout at the beach. I felt fat and was not excited to have a photo taken. Years later I looked at that exact same photo and thought “oh my god, look how healthy and fit I look, and how wonderful to be at the beach with a large group of people doing something exciting!’. It was the complete opposite emotion. I didn’t think I was fat at all. I was so proud of how I looked. I realised how unnecessarily negative and vain I had been.

When you refuse to be in a photo, how do you know you’re not going to regret it later? How many photo opportunities are you missing out on because you don’t feel pretty, or you’re not dressed correctly, or hundreds of other reasons you can try and justify not getting in front of the camera.

If my parents had been like that back then I would have missed out on the opportunity to share those photos with their friends and family decades later. We might not have had as many wonderful memories that we did.

I learned a lot from the simple act of putting these photos together for their party.

I told my mother I want to be in more photos with her. I want photos with everyone. I want to be able to remember everything, even when my memory is gone. I want to remember when I was fat, when I was fit, when I was playing on the swings with my baby boy, looking like rat shit in tracksuit pants. I want photos of my husband and I cuddling and being in love. I want my son to be able to see all the moments forty years later. I want my grandchildren to see them, and my friends to point to them and say “that was us, I remember that!”

Life’s short. Be in it. Gather your friends and family. Take photos. Share them. Love each other.

And make your collection organised – the person going through it in the future will thank you for it.

2 thoughts on “Life’s short – be in all the photos”