You’re officially closer to being a year old than a new born! And in 2 months you’ll have spent just as much time on the outside as you did on the inside. Crazy!

Let’s take a look at this month.

It was your first (and second) ever flight this month! We flew up to Townsville for my cousin Gerry’s wedding, which was absolutely beautiful (side topic: welcome to the family Jenna).

On the way to Townsville you fell asleep in daddy’s arms at the airport, which made our plan for you to sleep during the whole flight “fly out the window” (sorry, bad pun). Despite our best efforts you woke up when we tried to transfer you to my lap with the seat belt around you. Instead, we managed to feed you on the way up which meant there weren’t any issues with your ears. During the entire flight you played with daddy, climbing on the seat and having fun. You became tired again right before it was time to land (perfect timing) so fed to sleep and passed out. It wasn’t until we reached the taxi that you woke up and finally realised we were somewhere new.

It was much the same on the way home. There was nothing spectacular to report about the flight, a bit grizzly when you were hungry (I tried to hold you off to make sure you were feeding during the ascent), then you slept a chunk of the way and played the rest. We were so thrilled. I had contemplated making bags of lollies and things as a “thank you” for the people we were travelling with, but ran out of time. You were so amazing it would have been unnecessary anyway. Thanks little buddy!

First wedding and visit to Townsville

Compared to how good you were with the flights, we can’t really say the same about when you were babysat by our friend, Amber. I can only guess you were going through a bit of separation anxiety and trying to cope with too many new things. As a result, your mouth open wide and you let rip. Poor Amber had to message us an SOS several times. We came back from the wedding to calm you down, and in the end we figured that we were just going to have to bring you to the wedding with us. 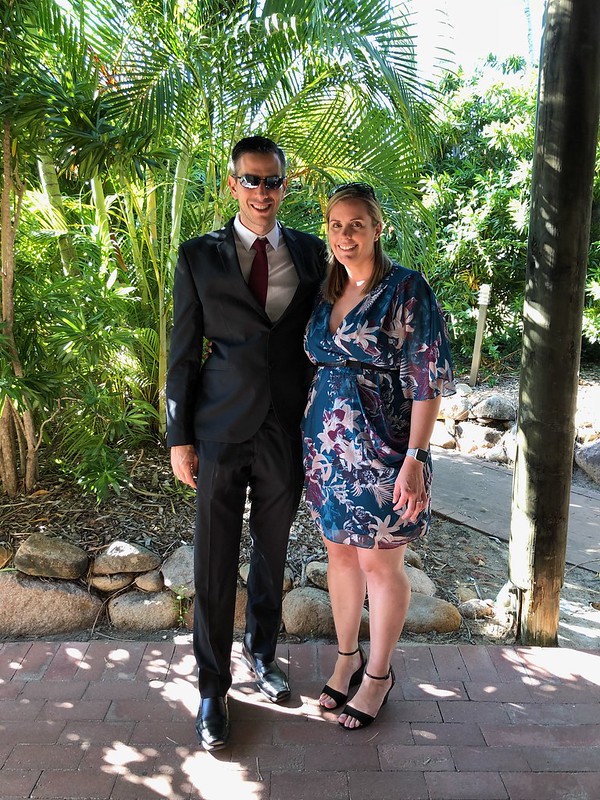 Thankfully Gerry and Jenna didn’t mind, and so you hung out for a little bit meeting everyone. Then just as it was time for dinner you got hungry too, so I went back to the hotel room to feed you. You ended up passing out asleep, so I ended up chilling out watching some telly while your dad ate his dinner.

Once he finished we tag teamed. He came back and I went and ate my own dinner (now cold, but most mothers would identify with that). Once the dessert came out I took some back to Mario in the hotel room, returned to the wedding, and had some myself. I chatted for a bit, then returned to the room for an early night, expecting you to be up quite a bit overnight (I was correct).

The following day we spent some time walking down to the strand and the gardens, where you felt asleep in the sun. It was quite beautiful along that strip of Townsville, and I really enjoyed myself! Unfortunately the time went too quickly, and soon enough we had to head to the airport for the trip home. Despite the tears and lack of sleep, it had been a great weekend away.

You’ve developed some new skills this month, which was awesome!

You sit like a champion now! For a couple of days you’d hold it for a minute or so before falling over, then suddenly BAM. Your abs engaged and you were sitting like you’d been doing it all your life. Your posture is fantastic, I could really learn a thing or two. 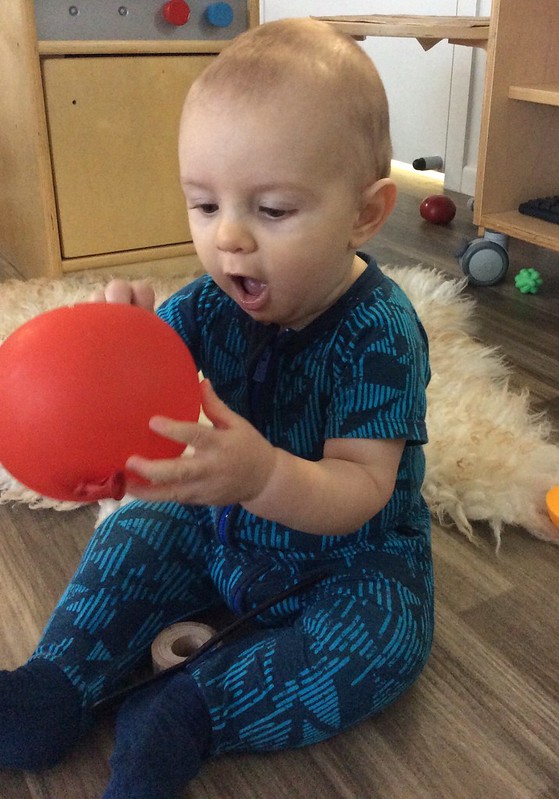 I can’t believe the time has already arrived, it feels like you’re growing so fast. You’ve officially had your head under water at swimming! The first go you weren’t real sure, but after that you handled it like a champion. Sometimes you get a little distracted at swimming and it’s hard to get your focus so you’re ready, but it’s all fun. You absolutely love the pool, which I’m thrilled about. 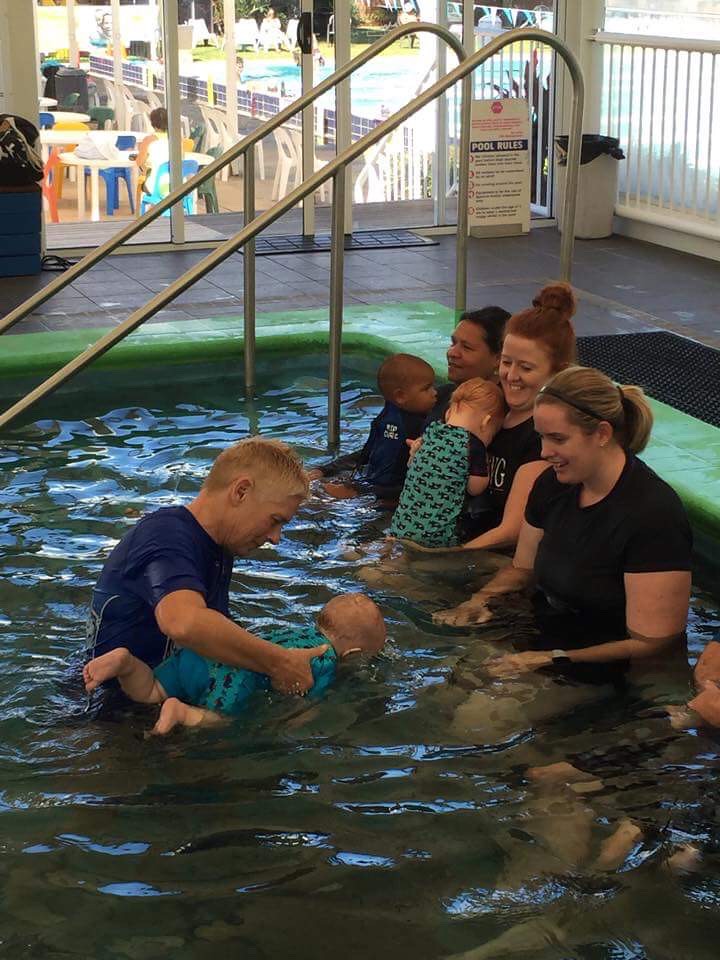 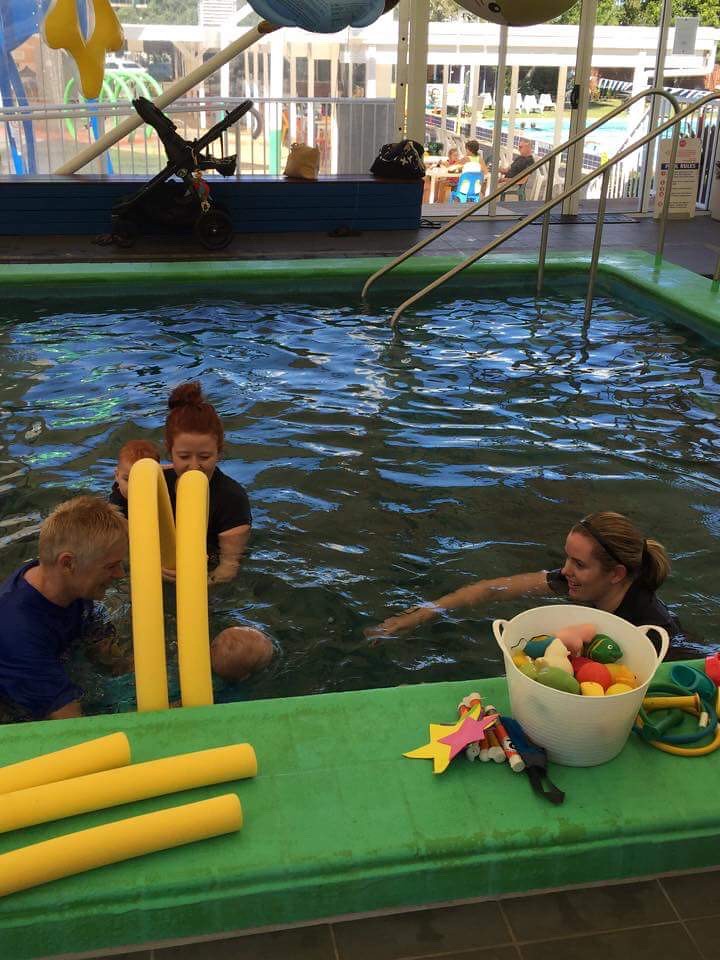 You now open your palms and bring them together in a clap. If we say “clap clap clap” to you and do the motion you’ll follow us sometimes, with a huge smile on your face when you’re praised. I was so thrilled the first time you clapped – you were in your car seat in the car clapping away when I looked at you in the mirror. I was so proud!

Oh boy, you have become extremely good at blowing fart noises from your mouth! Sometimes when I’m trying to get you to sleep in the cot you’ll blow raspberries at me. Most often, it’s when your nappy is getting changed. It’s really funny when you do it, and you know it. When we start laughing you smile, laugh and blow more. You love it.

Last month you started solids, this month you’re eating actual food now instead of puree. You tried gnawing on a bit of meat your dad had, and most recently started on some bread. It’s exciting to watch how you go, and next month no doubt we’ll have added a few more to the list.

You’ve also just started drinking water too. We’ve got a couple of sippy cups for you now, and amazingly you’re already trying to hold onto the sides. You’re not quite sure how to bring it to your mouth properly yet and point it, but I’m sure that won’t be too long. 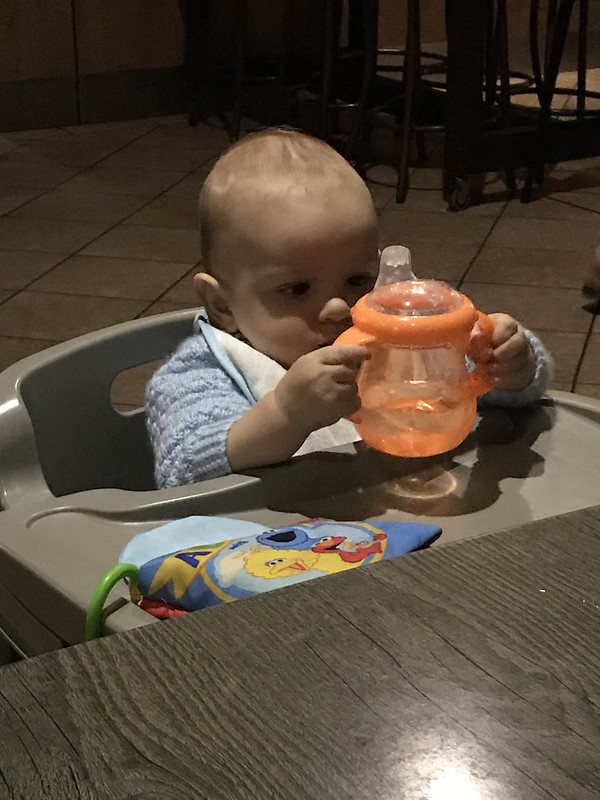 Sliding in your walker

You love hooning around in your little walker with wheels on it. You’ve become so adept at it that you know how to slide in it! You get a run up, then lift your feet and let it roll on without any extra effort from you. That, my man, is smart. Good job.

For those playing along at home, yes, I hate myself for shooting video in portrait mode. I should know better.

We have a new tradition now when we pull the bath plug each night. One night you started to watch the plug, and then you wanted to every night after that. You would arch and twist your body, contorting so you could watch it. So now it’s a ritual that we take you out of the water, wrap you up in a bath tub, and hold you suspended over the bath so you have the best possible view of the water running into the drain. Whirlpool for the win!

Fail on the mother test – I forgot to take your weight this month. I guess we’ll see how much you’ve grown next month, but I can tell you that you’re getting pretty long!

I’ve finally returned back to work properly, two days a week while you’re at daycare. My first day I cried before I’d even set foot in the office. Suddenly I had so many fears of not fitting in, or that I may have lost any skill that I had.

When I walked in the door I was immediately greeted with a hug by one staff member, which instantly put me at ease. He’s not someone that typically shows a softer side, but he’s someone that I’ve always gotten along with so well. Another staff member went out of his way to make sure I was comfortable and had everything I needed. Without them that first day would have been lost. I emailed them both later to let them know how grateful I was (had I tried to say it to their faces I would have cried, let’s be honest – I’m weak).

Your daddy has been working hard again, providing for the two of us. Every day he comes home from work and your face lights up; if you’re in your car you almost run trying to get to him! He’s been making more stuff this month. He bought a 3D printer and has been making some things around the house. I can’t wait until you’re old enough to start learning things from him. I know he can’t wait to show you!