This week there’s been a shift in the air. I’m probably going to jinx it, but everything seems to be going well. I feel rested, energetic, motivated, and in love with my husband. My baby has given me a good sleep. My running training is on track.

I’m the happiest I’ve been in a long time. I feel like “me”.

There’s a big disclaimer here. It’s not that I hate my life or anything. It’s just been a really trying time for a while now. I still plan on writing about some of the more personal things, but we’ll come back to that later.

There was a lot of things going on. We weren’t well, and we hadn’t slept properly since before our baby was born. I was at the heaviest I’ve ever been in my life, struggling to find time to exercise (a huge factor in my personal happiness) and I was still coming to terms with who I am as a mother.

But as of this week, I am so ridiculously content with my life.

Running training and my “me” time

When I split up with my ex many moons ago, I got back into running. What I found was that it was instrumental to my happiness.

Running fulfils so many needs for me:

So without it I’ve really felt it hard to deal with stress. And being a new mother is definitely stressful.

Months ago I had done a 6 week trial with a fitness squad on the Sunshine Coast, which I absolutely loved, but it was expensive. At the time we were on one wage, so that was tough. I’m now back at work 3 days a week so we have a bit more income, but that means on the days I’m not at work it means I have to go to get value.

It became easier to have a gym membership, but then when I found out child minding was $6.50 every time, after 3 sessions I may as well have just stayed with the squad since it ended up being the same price. I couldn’t always guarantee my hubby would be happy to look after the bub while I exercised, so it all just became too hard.

I quit the gym.

Desperate to run, I realised my in-laws had a treadmill which they hadn’t really used for a while. I asked if they would mind if I borrowed it; they didn’t, and brought it up to our place one weekend. I was so excited.

For my birthday my friend signed me up for a 5km race in August, but I hadn’t done anything about it. So once the treadmill arrived it was time to pull my finger out and start training. I found a 12 week training program online, stuck it to the fridge and prepared myself. Now my ritual is that every day I cross the day off on the count down to the race. It means I’m accountable for my training, and I don’t forget about it. I’m happy to say I haven’t missed a single day of training in over a week now. I’m on a good roll!

At the moment I’m doing training sessions either at night after the bub has gone to bed, or in the afternoon if the hubby takes him out for some boy time. I’m trying to get my bub more consistent with his naps, so that when he goes down for a sleep I can run then too.

I am absolutely loving it. My fitness is terrible, to the point I’m proud that I can run for 5mins without stopping right now – a far cry from what I used to do. But right now the end goal is a 5km fun non-stop. From there I’ll keep going. The old Kelly is still inside of me, she’s preparing to come back. I’m just being realistic that it will take some time.

Since he was born Luca has been a terrible sleeper. It’s been rare to get more than 3-4 hours of sleep at a time. We typically go to bed early enough that our total sleep works out to be 7-8 hours, but when most nights you’re up at least 2 times a night, 7-8 hours still hurts. There’s a massive difference between how you feel when you’ve had a 2 hour stretch vs 3. After 3 hours you feel human, after 2 you will kill your husband for simply breathing wrong.

Tuesday night was our country’s final game in the World Cup. I expected Luca to wake up around midnight as usual, right on time for kick off. Hence I didn’t bother setting an alarm.

What actually happened is that for the first time in forever he slept for 7 hours straight. I didn’t go to bed until 10, and got to sleep through until 4am.

Let me repeat, I got 6 hours of sleep in one stretch.

For a split second I was disappointed I missed the game, and then I suddenly realised how amazing I felt. Luca had a feed and went back to sleep until just before 7am. When he woke I was greeted with the biggest smile, and lots of cuddles. 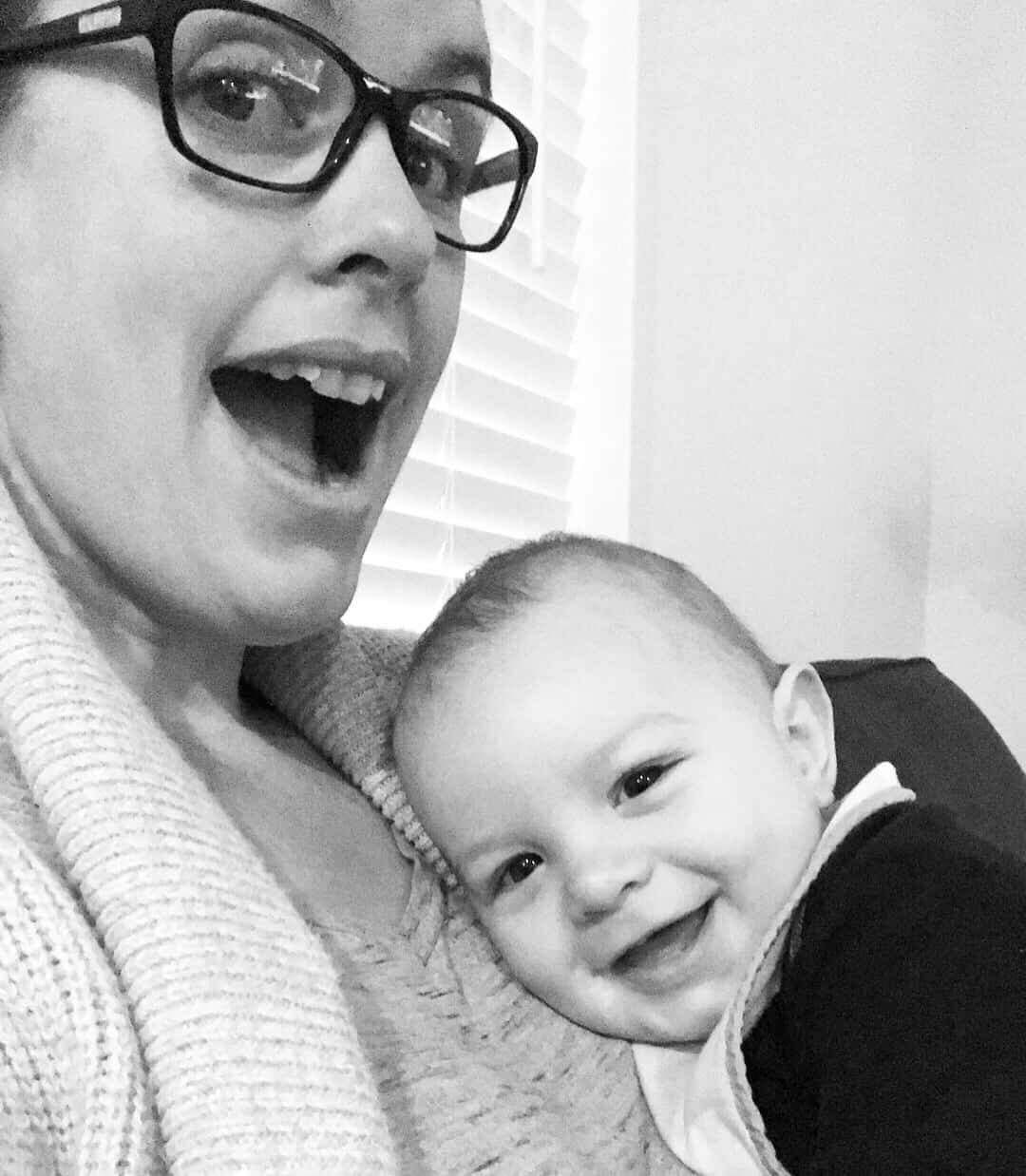 I’m really really really hoping this is the start of Luca sleeping through the night, but I’m also trying not to get my hopes up at the same time. I don’t want to be disappointed I just need to take it all in my stride. Occasionally I let myself dream though, but I shouldn’t wish too much. Soon I will blink, and he will be a teenager that I’m trying to drag out of bed to get to school on time.

But hey, if it’s possible, another 6 hour stretch of sleep wouldn’t be bad! I’ll take what I can get!

1 thought on “Running, sleep and me time”