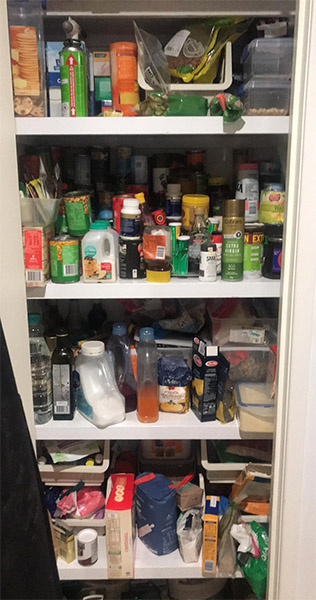 I’ve had a pretty successful Sunday, despite the fact that I’ve been up (mostly) since 1.30am this morning.

No sleep for the wicked

Today started when I woke up at 1.30 coughing from this blasted cold. FYI – I’ve had a covid test and I’m negative thankfully, so I know it’s just a cold or perhaps a virus. In both cases the recovery is the same – rest and wait it out.

So anyway, 1.30am this morning I woke up thinking someone had replaced my throat with a cardboard tube. It was dry and nothing I could do would help. Every 15mins I would have a coughing fit, blow my nose, try to get back to sleep….rinse and repeat. For 2.5 hours. I’m still not entirely sure how my husband didn’t wake up.

At 4am I gave up, went out and made myself a cup of tea and settled in the living room. I switched on an awesome show about espionage and passed the time. Just before 5 my husband woke up and realised I was gone so came out hunting for me. I assured him I was ok and sent him back to bed. At this point I had realised I had lost my voice though, so it was a few squeaks and pointing that got the message across.

At 5.30 he decided he was up, and came back out. I started to fall asleep on the couch at this point so he sent me to bed. Where I then laid for another 1.5 hours before finally falling asleep, for maybe an hour or so. I gave up just after 8.30.

Anyway, the rest of the day was pretty good:

I am SO excited about this. I hate our pantry. I know I don’t cook, but I’m trying to develop a healthier relationship with food. It could not happen with our old pantry. I would open the door, get overwhelmed by the chaos and shut the cupboard again. I couldn’t do it.

A few weeks back my friend and I had been to ikea where I’d bought a couple of mini shelves and buckets, but it hadn’t made too much of a difference.

Today, I finally cracked it. Everything came out and it got reorganised. In the midst of it all the hubby came home where he was told “grab a bag and any duplicates go in there”. I’ve set up a corner of our dining room as box city, and if he needs to replenish anything in the cupboard he’s to go shopping in box city first before placing any more grocery orders.

The thing is, the pantry is my husband’s space. In that chaos he knows exactly where everything is, and he doesn’t like change. I fully expected him to get grumpy, but to his credit he grabbed a bag and dug in. Between the two of us the work was completed quickly, and before I knew it he’d set his sights upon his kitchen appliance/cooking equipment cupboard and was rearranging that too! I definitely had no complaints.

Anyways, here’s the resulting efforts. I’ll make some awesome labels for the boxes and trays this week after work sometime, and that’ll complete most of it. I also just need to buy some narrow shelves for the door (not in view) to store zip lock bags and the cling film etc.

I’m actually excited about being able to find things now! Grocery shopping might be a bit easier too, since we’ve discovered we already have 20 tins of canned tomatoes and likely don’t need any more!

The relief when I look in this cupboard now is insane. I almost, almost, feel an urge to try and cook something. I’m sure the feeling will pass quickly, but at least that’s a start! Oh, nope I think it’s gone. Oh well. Maybe pretty labels will help.

The jury is out on this one so far, but stay tuned for the recap which will no doubt include swear words. Probably blood. No promises.

1 thought on “Sunday pantry winning (before and after pics)”