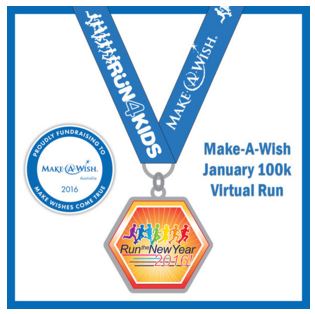 I love running, although admittedly it’s something I’ve dramatically slacked off from doing over the past year. Running is a bit of an outlet for me, and while it’s a steep curve in the ability to run for some distance in the beginning (I can barely breathe haha) once I start getting some fitness back I find that going for a run allows my brain to just “switch off”. Thus this year I want to start making that time for myself again, and maybe even use the time to listen to some new music and podcasts. It’s tough to find some time to just shut out from the world.

During 2015 my attention to my health was sporadic at best. I was stressed, eating badly and not exercising. If I compare the first third of the year with the last third on Garmin, you can see how dramatically I had cut out the exercise:

It gets even worse when you look at how my weight went, given that at one stage I was only 2kg from my all-time weight goal!

Knowing that I was much heavier than I was (and my clothes definitely showing it), I recently forced myself into a reality check. I weighed in, I took measurements, and I got prepared.

I knew I needed a goal to work towards – just running wasn’t going to be enough to drive me to be consistent. Then Facebook’s targeted marketing successfully converted yet another victim – I saw an ad for the Make-A-Wish Foundation’s Virtual Run for January. They had a range of distances available for sign up, so I decided I would push myself and signed up for the 100km distance. For $25, I was making a donation to a worthy cause while also scoring a neat little medal at the end of the month:

In signing up I knew I had to be realistic. While building my fitness back up I would have to do walk/run intervals. If I didn’t count the walk kilometres in my tally I would be making it much harder for myself, and I didn’t think that was fair. It defeated the entire purpose for signing up in fact – I wanted to inspire myself, not commit suicide! I calculated that if I aimed for 5km sessions, that for at least 20 days out of 31 I would be running, and that was definitely something I could achieve. I’m sure that towards the end of the month I’ll be close to, if not entirely, running 5km non-stop.

I went for my first run on New Year’s Day, and oh my god I got a shock and then some. I started with run/walk splits of 2min run 1min walk, for 5km. It took 37mins, and I was so sore. My lower back ached, my knees ached, and I was fatigued. I know it’s from my weight, but instead of letting myself feel disheartened about my current state of fitness I prided myself on the fact that I’m back out there making a change. I was doing something, not just wallowing around in self-pity.

The plan for the future is to take some inspiration from Runs for Cookies (one of my favourite blogs) in that I will post updates on my runs, although I’ll keep it to a weekly summary. It’s too much to ask to post on a daily basis plus I don’t want to spam everyone. But perhaps someone else out there will appreciate seeing my transition, while also holding myself accountable and make sure it’s at the front of my mind. I’ll also be looking to see if I can put in some sort of a ticker on my site counting down how long left in my 100km challenge so I can see how close I am getting to my goal!