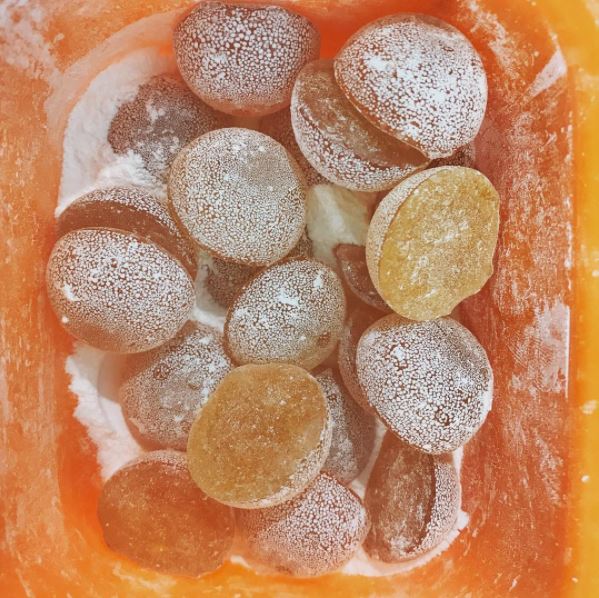 It’s been years since I’ve had a flu; I’ve had the old mild cold but nothing where it cost me days of bed rest. Being pregnant my immune system is already low, and so I’ve been on the receiving end of a few nasties (a cold sore being the latest). Unfortunately there’s not much you can do in these cases; there’s almost zero options for medication for pregnant ladies.

Just over a fortnight ago my throat started to get sore. Really sore. I knew something wasn’t right, and by the end of the day I told my boss I’d be working from home the following day. That night I was in bed early. I woke with a throat of razor blades thus confirming it – I had the flu.

I’m pretty sure I had picked it up from a girl that was working at a store I’d been shopping at. She’d mentioned how crook she had been. At the time she’d stayed on the opposite side of the store from my sister-in-law. My SIL was carrying her bub, only just over 9 weeks at the time. I ended up buying a few things and paid cash, which meant money exchanged hands between the sick girl and I. Other than that, there wasn’t a lot of people I’d been around that had been sick, so it made sense that it came from the shop assistance. I had started to feel sick the following day, so it matches the incubation period.

Coping with the flu when pregnant

My options were extremely limited. Normally at the first sign I would dive into the cold and flu tablets to try and deal with the symptoms but that option wasn’t available to me. They’re off-limits when you’re pregnant. In this case, I was limited to the following:

Rinse and repeat until the flu passes. Note the lack of throat lozenges from that list? Wah!

My incredible hubby was so amazing to me while I was sick. He repeatedly mixed up lemon and honey tea for me, storing it in a jar ready for when I needed it.

In the wars, as I’ve developed a sore throats and heavy, hot eyes today. I’m laid up on the couch with a blanket tonight, and the hubby just made me a honey and lemon tea. He’s also made me a pre-made supply with level markers as well. That’s love. #solucky #feelingsick

On top of that he went to the trouble of making me some honey and lemon toffees, by boiling it down until it solidified.

I tried to ask him for his recipe, but as usual it was the “I don’t know, I put in honey and lemon and boil it until it’s ready”. When I asked how much of each, he said “enough”. Great, thanks babe.

I did find this recipe online for anyone that’s interested though. Mario used moulds, but other than that they look the same. Mario just chose to dust it with some icing sugar at the end.

These were seriously my saving grace for my throat, and still are.  I still have the remains of the cough and one of these babies calms my throat right down. He actually made so many that I’ve been passing them around at work. Anyone that needs one knows they can come into my office at any time and help themselves.

Getting the flu vaccination

I’d had the flu vaccination about a fortnight beforehand, and I’m sure that if I hadn’t had that, I’m sure I would still be down for the count. The vax meant my immune system already had a head start in building up resistance to it, before I actually came down with it for real.

All up I only had one full day off work, and the rest I worked from home. I’m lucky enough to have that option available, and during the 4 days I was at home I was rarely out of my pyjamas. I’d take a shower and then jump straight back into them. Nothing beats flannel pj’s when you’re under the weather. My energy was only super weak for maybe about a day and a half at the most, and other than that I just felt unwell. My throat was the only really bad part of the whole thing, and my nose was only seriously clogged for a day or so.

When I had the vaccination, I was surprised to learn that it’s actually free for pregnant women! Since then I’ve taken the opportunity to read up more about it, and found these crazy stats out:

Up until being pregnant I’ve been that type of person to do the whole “she’ll be right”, but having another being in my belly has totally changed all of that. I was so convinced I was going to miscarry up until the first 12 weeks that I refused to get attached to the bub. Now my baby is kicking, and reality has definitely set in for us. I don’t want anything to hurt my little kicking machine, and I would be gutted if he ever ended up in hospital. If I can avoid that as much as possible by getting a shot, then it definitely doesn’t hurt (pun intended although it’s a pretty poor effort).

And for the record? When the baby is born, he’s getting every vaccination under the sun. We are definitely not anti-vaxxer’s in this house!

So all up, it’s been 2 weeks since the dreaded throat pain started. My nose is clear, and my energy has been great for the last week. I still have a lingering cough, but that comes with the gunk that built up on my throat. I’ve been back in the office for a week as well (although keeping my door closed when possible so I don’t annoy everyone with my coughing).

So my hot tip for anyone that’s pregnant: get the vaccination, and if you end up unlucky enough to get the flu, the throat lozenge recipe above is a sure winner. Rest up!

4 Replies to “Pregnant with the flu”