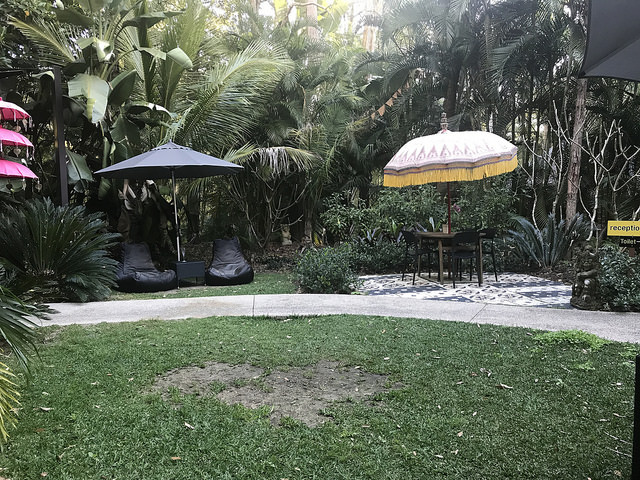 One of my 52’s this year was to get a massage, because who needs an excuse, right? As a bonus, last year my work all chipped and bought us an amazing wedding gift –  an afternoon at Iketan Day Spa in Noosa. It’s been a bit of a crazy start to the year, which meant we hadn’t had a good opportunity to use it.

I finally chose a random weekend we had spare, called and booked it. Later, I realised I had booked it the day after our monthly anniversary date, so I pretended it was intentional.

What an amazing day it turned out to be.

As soon as we parked the car we realised we were somewhere special. There are trees and foliage everywhere, and a wooden gate at the entrance. On the left is a “Shhh….quiet zone” sign, reminding us there were treatments underway. They are very serious on their peace and tranquillity here, and there were a lot of reminders to switch our phones off. 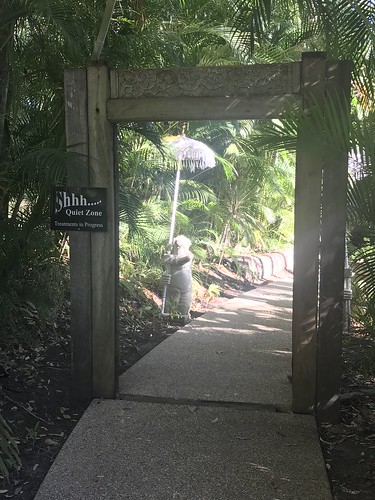 As we made our way down the track we passed various statues as a nod to the Balinese theme. They’ve done a great job of making it feel like a sanctuary! There are little huts scattered around, with more in progress as there was a great deal of cleared area ready for the additional huts to be built.

They also have a main area with scattered bean bags, lounges and tables and chairs. After you have a massage, they encourage you to relax and enjoy some tea or a champagne along with a platter of food. We didn’t realise, but our gift included a platter for two and a drink, lucky us! Unfortunately being pregnant I wasn’t going to be able to have a champagne, but they organised a pot of tea for me instead. We chose a platter from the menu so it would be ready for us, then it was time for our treatment.

Thankfully they had been able to swap my massage for a pregnancy massage, while Mario enjoyed the original one. We were going to be treated to a 45min massage each, finished off with a 15min facial.

After they had quizzed us on any particular areas they should focus on, they handed us our special undies. See-through, mesh undies. After they left the room to give us privacy and we had to change, I have to admit I laughed pretty hard at looking at Mario! His baby-making equipment was pretty crammed in! I’m not sure how comfortable it was for him, but I enjoyed the belly laughs!

We climbed onto our respective beds and got comfortable. I was curious to see what would happen with a pregnancy massage, but essentially it just meant that I laid on my side. Given it was a relaxation massage and not a sports massage, she wasn’t going to be pressing hard so the positioning wasn’t as important. I had a towel under my belly and a pillow between my knees so that I was fully supported and comfortable.

The massage was amazing!

We also had another hilarious moment where during the facial (I had to lay on my back for that bit), bubba chose that moment to become super active! I was trying hard not to laugh, as was the masseuse! I rubbed my belly to try and calm him down but it made no difference – he was intent on having a dance party! He’s not even born yet and can’t let his Mum relax! Is that a bad sign?! *grin*

After the massages and once we had changed back into our clothes, we were led to the clearing area to sit down. We had chosen a platter with some bread, olive oil, olives and dukkah. 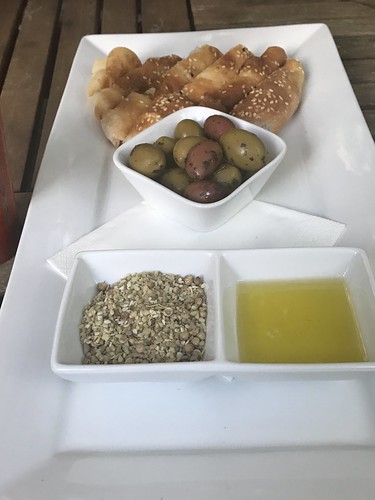 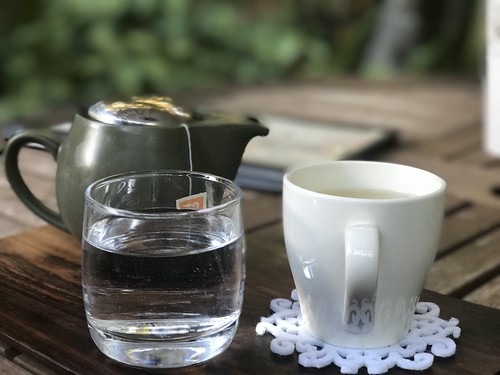 It was actually starting to get a little bit cool as the sun began to set. To keep us warm, the staff gave us some blankets to wrap ourselves up in. It was so nice sitting there relaxing…until some teen girls walked into the same area and started laughing and carrying on. Urgh. 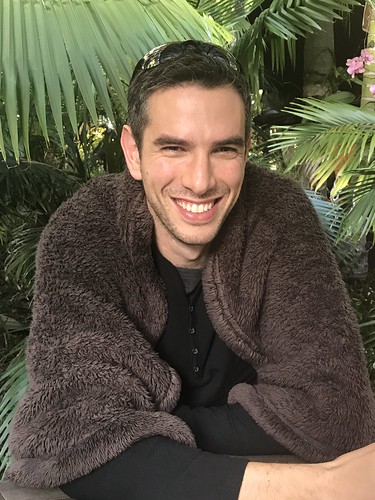 As we sat there chatting, Mario proposed that next year we should do the same thing. And by we, he meant me. He suggested that he drop me off for a massage while he took bub out somewhere, leaving me to relax.

I was not going to argue with that.

I’m so grateful for amazing workmates that bought us such a wonderful gift. It was nice to get that time together, especially in the lead up to having our first baby. These moments are going to become extremely rare, and I cherished every second of it

What a great afternoon!