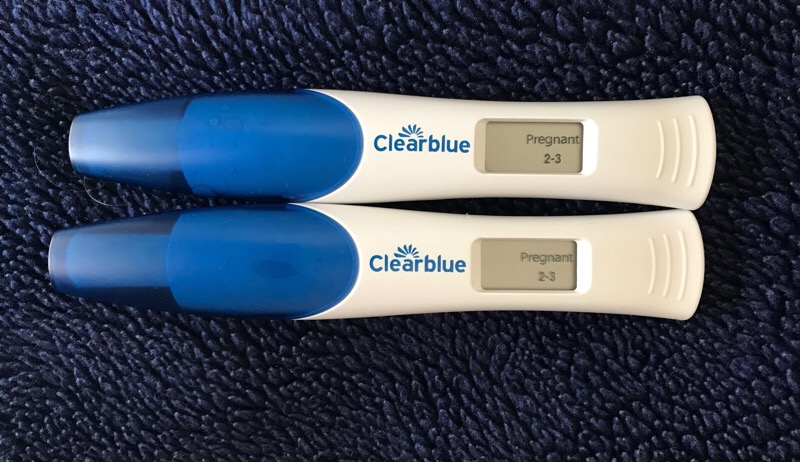 HOLY COW I JUST FOUND OUT I’M PREGNANT! Of course, being who I am, this means I need to get this written down, because there’s a lot going through my head right now.

As I write this, there’s only a few people that know. We’ve told a few close friends and family, keeping the numbers low so that if anything should go wrong we don’t have to explain it to a large number of people. We just want the immediate support group ready, because no doubt there’s going to be a lot of questions and fears over the coming 9 months. Uh, 8 now I guess?

Why would I publish this?

I want to write about this as it goes, because I know I’m going to have so many questions. I’m writing this now, but I won’t actually be hitting the “publish” button until after we’ve announced it.

There’s also two main reasons why I would share this with everyone:

How did I know?

In the last few weeks I had experienced a few symptoms, but I honestly wasn’t sure:

Finally, one night I told Mario I was taking a test. I did the usual pee on a stick, put the lid back on and put it on the floor. I only had enough time to wipe and stand up, and it flashed up “pregnant”.

I got dressed, flushed the toilet, washed my hands and grabbed the stick. Walking into the living room, Mario said “how did you go?” I couldn’t even talk; I just kinda thrust the stick in front of him on the table. I don’t even remember what his reaction was, I was shaking so much. I just asked him now, he said he didn’t even feel surprised. It was like he expected that result. I guess both of us did.

How am I feeling?

Physically, since we knew for sure it feels like the symptoms have come flooding in. This morning my boobs hurt, and I haven’t stopped feeling queasy all day.

Neither of us slept well last night after we found out. It was a lot of information to take in at once, and as such we both tossed and turned. That probably contributed to the fatigue today as well.

Mentally, I am completely and utterly overwhelmed. Neither of us have had a moment of fear, which is great. The thoughts that I’ve had so far were:

Lucky I had already scheduled to work from home today, so I was able to sneak out for my lunch break and see the doctor. I got some answers to my questions, the most important being one or two coffees a day is fine, just don’t drink caffeine to the point my heart races. And yes, I can keep exercising until I feel uncomfortable, just no crazy heart rates and don’t overdo it.

Now the consuming of information online begins. I have no idea what to expect, so it’s time for research.

Holy s**t, we’re having a baby! Strap in for the ride everyone!

11 thoughts on “The pregnancy diary: Week 4”