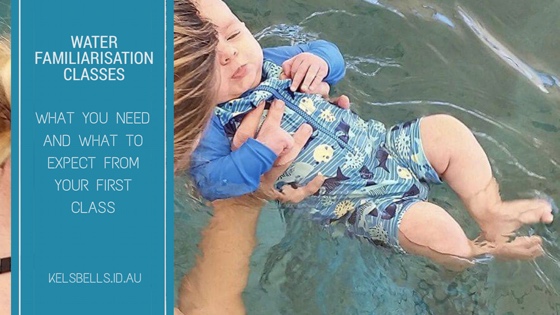 This week I started water familiarisation classes with Luca, a fancy way for saying we get to jump into a swimming pool. The goal is to spend time in the water through fun and games so he feels safe and comfortable. That way it avoids him growing up with any fear of the water, and feels more confident when it comes time to learn to swim properly. The earlier he can learn the better, I don’t want to be one of those stories you hear on the news where the child has unfortunately drowned.

My mother had a drowning incident when she was young, so as a result she taught us to swim early on. I’ve always felt confident in the water, and was a lifesaver at one point in my life (disclaimer: I was definitely not a sprint swimmer so only just passed my bronze medallion, and never ended up having to perform a single rescue). I still enjoy swimming laps in the pool for fitness, and love visiting the beach, even if I don’t always go swimming. I love being around the water.

When I saw that Swim Fit offer free water familiarisation classes for 3 – 6 month old babies, I was keen. I started to read more about it. Then when I heard that one of the mum’s from my antenatal class was going to do it I booked it in straight away – a familiar face is always a good thing. 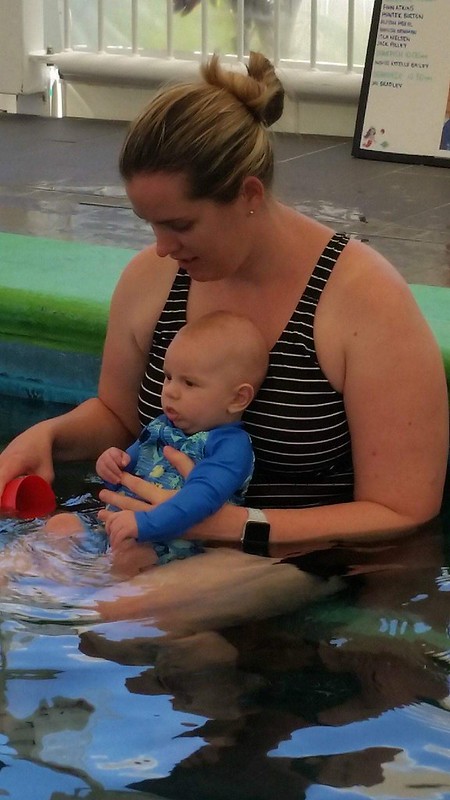 To prepare for the classes you will need: 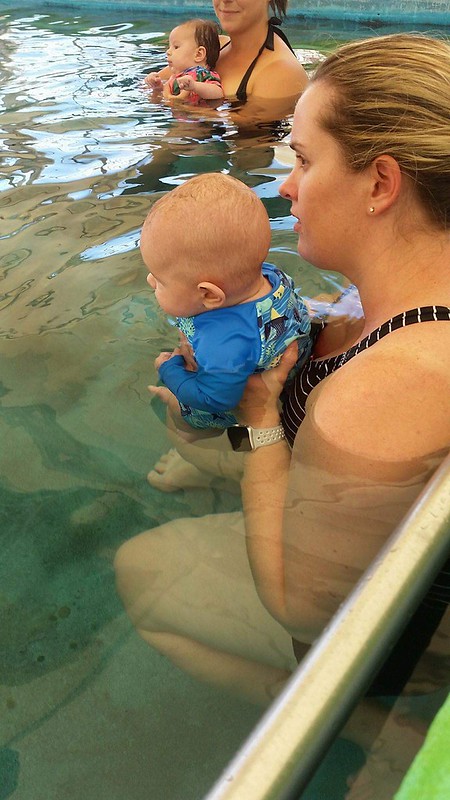 The regular teacher was away non holidays so we had a fill in for the first class. This means it may be different for regular groups.

There were three of us for the class with our babies (all from the same antenatal class), and two of the dads were able to join us as well. The other father will be there next week, unfortunately he couldn’t get that first session off, as he has every second Monday off.

At first we jumped in, and the teacher got us sitting on the side holding our babies in the water up to their chest. The bubs were so good! No one was worried or concerned at all! We used some cups to pour some water over the babies, starting with their chests. Once they became comfortable with that we moved to the back of the head, and then eventually a little bit over their faces.

We practised different holds for the babies, facing backwards towards us, facing forwards, and on the hip. To practise the holds we sang different nursery rhymes with matching actions. For example, one of them we spin in a circle then we lift the baby out of the water at the end. In time we will dip them in over their head, but for now we just brought the water up to their bottom lips. We also did one move which moved them side to side, slightly dipping their heads down to touch their ears to the water. 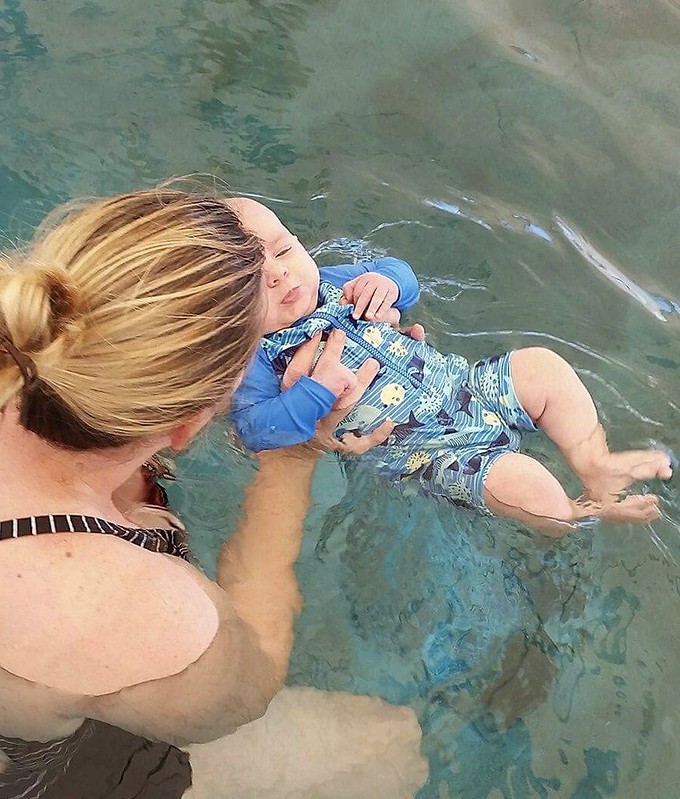 It was so much fun!

Luca loved it, and happily floated around. At one point he started to move his legs underwater like a little kick here and there. It made sense, since one of his favourite pass times is to kick as much water as he can in the bath. Perhaps we have a little swimmer on our hands?

We have our next class in a couple of days, and I can’t wait. It’s been so hot on the coast, so I’ll use any excuse to get into the pool!

If you’re thinking about doing a class, I highly recommend it. If your baby is a little older, contact your local swimming pool and see what you can organise. After all, it can’t hurt, and you may just be doing your child a favour!

Pin it for later? 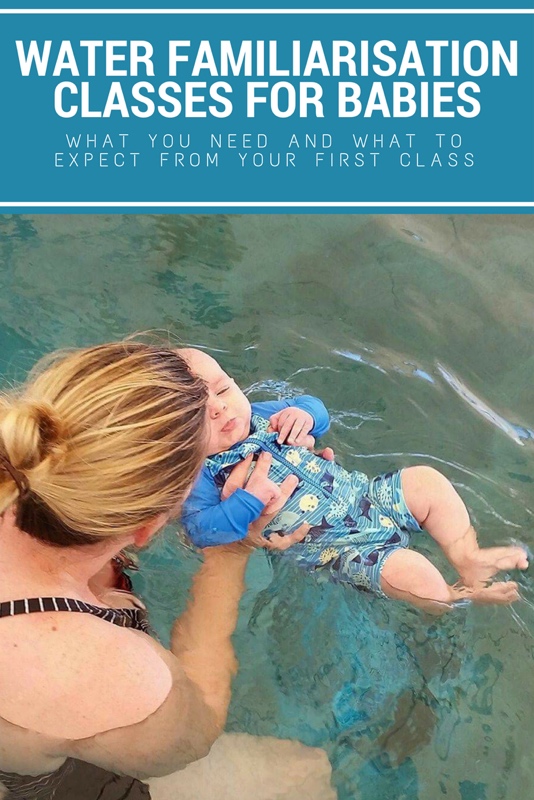