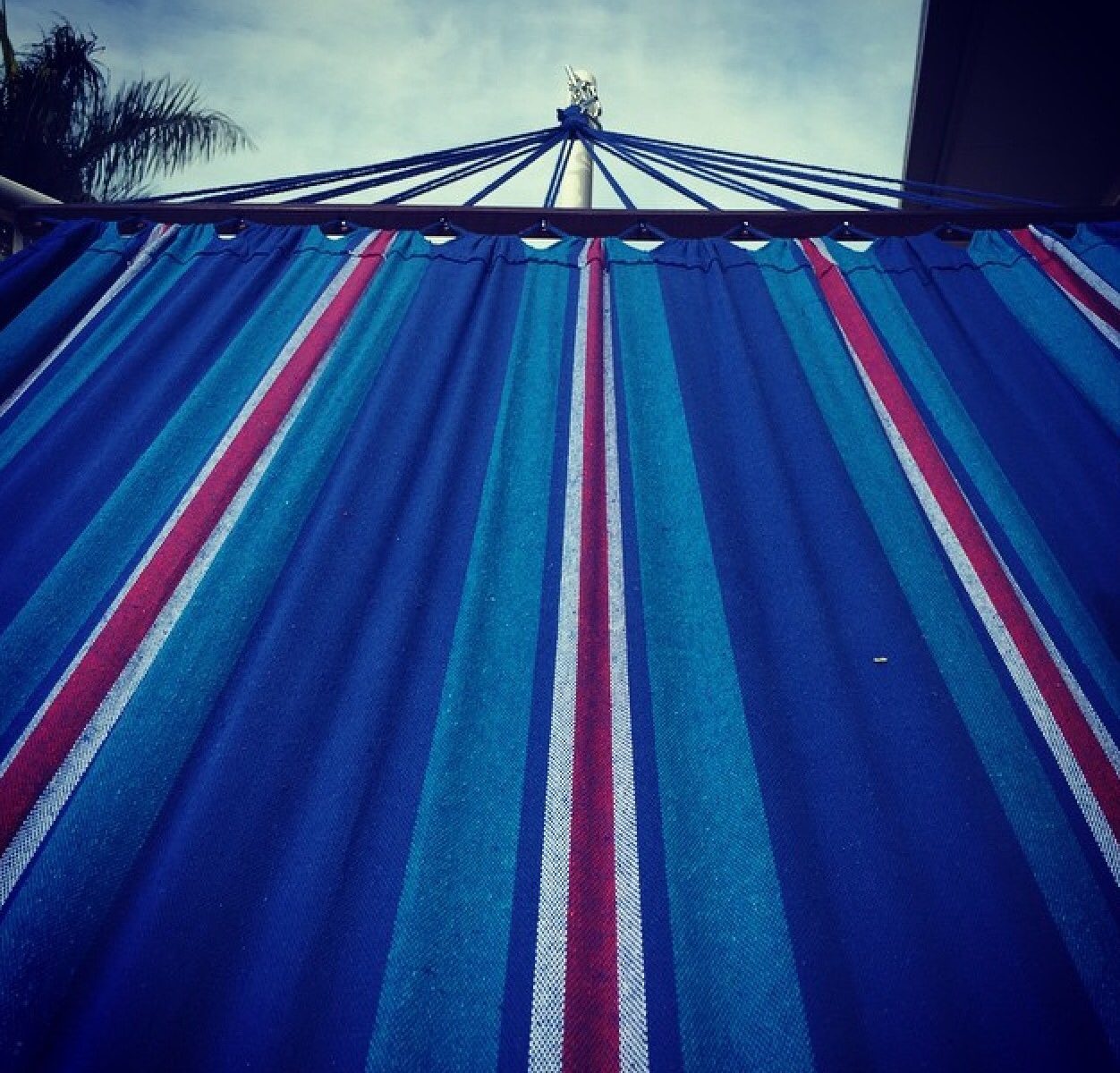 I haven't worked out in days. At all. Not even a single push up.

It's not intentional, it's just that I've been distracted by a lot of other things. I'm doing work on a friend's website trying to improve some things for their online store, and also going into my own workplace early trying to prepare for Christmas holidays.

On top of that, I'm super excited to have received a super awesome hammock as an early Christmas present, which got a bit of a test earlier this week. It's divine, and I can see a lot of reading going on there. It's a two person one so I can snuggle up with Mario on it too. The best part is that it has its own stand, so I can use it at home, then pack it up and take it camping with us (but leave the stand at home). I can't wait.

I also invested in a robot vacuum cleaner to help clean up the house in the mornings. My dog sleeps inside at night at Mario's house, then I drop her back to my place in the mornings. After work, I pick her up again and we go back to Mario's. Essentially I've moved in, but just without admitting it officially. I've spoken to my housemate and we're going to look at some alternative arrangements next year, but unfortunately until Mario and I buy a house (hopefully the end of next year), I'll be shuttling back and forth every day. Mario's townhouse just doesn't have a big enough yard for her to remain in permanently.

But back to talking about exercise. Typically the routine was to be up about 5am, working out and home by 6'ish, Mario would get ready for work while I would mosy around the house and eat breakfast, or grab my dog and take her for a walk. Instead, it's been wake up at 6am, grab my dog and play with her outside for about 15mins throwing the ball until she's exhausted, then start doing some work of some sort on the kitchen table. Just after 7 I would go have a shower, get ready for work, clean the house briefly, drop my dog off and get into work about 45mins early.

I think knowing that I'm on holidays at the end of next week has caused me to relax in a major way. It's OK, I have major fitness goals next year so as soon as I return from my holidays I expect to snap back into my usual manner and get cracking. I've still got to finish the last of my marathon training book as well, and I know that every time I pick that up I get motivated to get started. I will be finishing reading that in my hammock while I'm out camping, so will probably end up trying to write myself a training plan while away camping.

Until then, it's cram in as much work as I can. And maybe squeeze in a few more 52 in 52s to try and finish off the year. The list is looking pretty grim.