I came home from work yesterday to find the living room couch, a 5 piece 6 seater corner lounge, completely pulled apart. On further inspection, I found a whole new feature piece in the room formerly known as the living room. It was a bar! 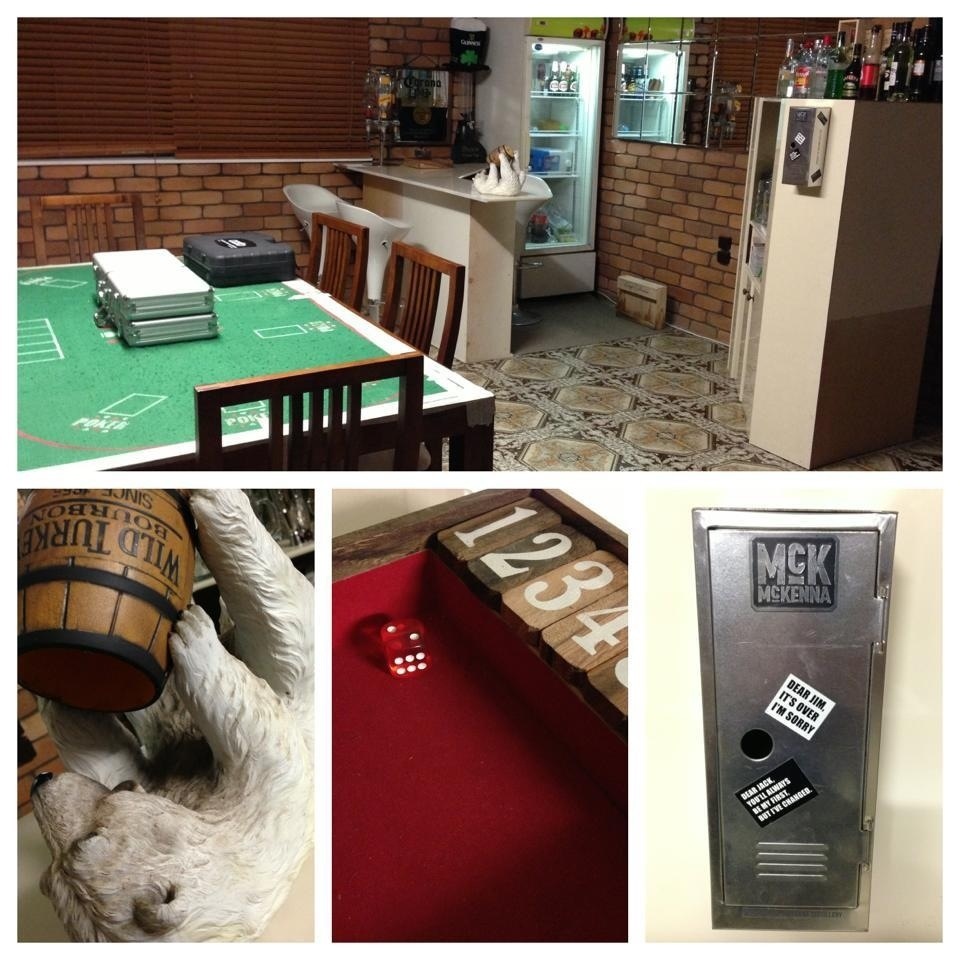 In our house we had a second living room, which when we moved in discovered it had a corner tv unit that was impossible to remove. It seemed to be somehow mounted to the wall, and the boys couldn’t figure it out how to get rid of it. As we didn’t really have any intentions of using the room anyway, we put some couches in there and called it a day. We all lived in the other room, so it never bothered us.

Finally the guys decided a few days ago they would turn the main living room into more of a leisure area, and to move our main living area to the second one. A sledge hammer was obtained, but when it came time to knocking the cabinet down today they actually figured out how to pull it apart. Further brilliance on their part meant they actually salvaged it and turned it into a bar for the other room. If you look at the photo above, you can see it in two pieces against the back wall.

We moved the old dining table to the same room (which is covered by a poker table mat), and voila! The room was born.

Also adorning the walls, which unfortunately you can’t see in the picture is a heap of sporting memorabilia, including my beloved Brisbane Roar print.

I hesitate to call the room a man cave, since I’m not a man and I have full intentions of using the room too, but that’s largely what it feels like. I will have to post some photos of the other living area eventually, which is now made up of my 6 seater corner suite, plus a three seater couch, and in another section another two recliners. We have a LOT of seating in there! C pointed out that now perhaps our TV is on the smaller side for the room, but that’s how it’s going to stay. We both agreed that buying a new TV is not something we want to do right now, particularly as one of my 52 in 52 resolutions is to save $10,000!

So what do you think? Did they do a good job?