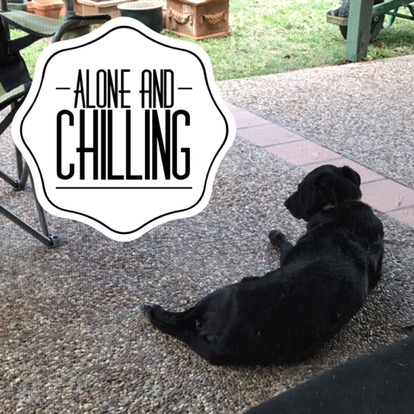 A few weeks ago I was having a conversation with my training partner, Ness, when she pointed out a concept to me. The introverted extrovert. We had been discussing my need to find a quiet corner and hide. I was feeling extremely socially drained. A bit ironic really, when you consider I was describing this in a social environment. Since then I’d been researching it, and found that she was bang on – I’m an introverted extrovert. Or as Forbes explains it, an ambivert.

These people are called ambiverts, who have both introverted and extroverted tendencies. The direction ambiverts lean toward varies greatly, depending on the situation.

It’s nice to have a title to put against it. I hadn’t realised how important alone time was for me until I went through a break up (before I met Mario). It was the first time I had truly spent time alone, and I learned to enjoy my own company. It was a tough time, but in hindsight, I can say it was truly one of the most crucial moments of my life. I truly had the “learn who I am” experience.

My desire for alone time

It’s been a crazy busy 4 months. From our wedding, to Honeymoon, to Christmas, to buying a house, doing renovations, and finally being super busy at work the entire time. There hasn’t been much time to myself at all, let alone much down time at all.

I haven’t exactly had an option though, especially not recently.

Work has required a lot of time with people during the day, and the evenings were about renovating. Even if I wasn’t doing anything myself personally on the house, we had Mario’s dad over at nights. He has been a gem for us, taking holidays to work on the house during the day. I’m so extremely grateful for him being there, so please don’t read into this post as anything otherwise. He was a pleasure to have stay. The poor guy was so wrecked at the end of each day that all he could handle was dinner and then straight to bed. It worked in well; I quickly adopted the same routine.

My hours at work have shifted earlier as well. That meant that after training in the morning, I had time to rush home, shower, do chores, go to work.

It just meant that at no point during the days was there a point where I was able to sit in a corner quietly and recharge. After the epiphany with Ness, I brought it up in conversation with Mario. He was awesome. He’s always been very supportive of me, and this time was no exception. In the past I had described my desire to come home and chill for half an hour before we hung out. This time I had a bit more substance to my reasoning, and after hearing me out, he agreed that very much seemed what I was going through.

Today I got my alone time

Today I finally got my alone time. We have mostly moved in now – there’s only a few bits and pieces left to unpack and put away. There’s still a few more things left at the old place, but they’ll find their way over during the week.

In the morning Mario went to do a tip run and to drop off the items we’d decided to donate. That meant I was able to wake up, wander around the house in my pj’s, and have breakfast all by myself. It was bliss.

In that time I alternated unpacking some boxes with couch time. I felt like a 10min nap, which turned into a 45min snooze. I woke up, I watched some telly, and then did a bit more cleaning. I dusted and vacuumed, and folded the clothes.

I did what I wanted, when I wanted, with only myself for entertainment.

I feel completely refreshed today. I’m ready for a working week again, and I’m ready to put a smile on my face.

I LOVE my alone time. I’m so excited to have it back.