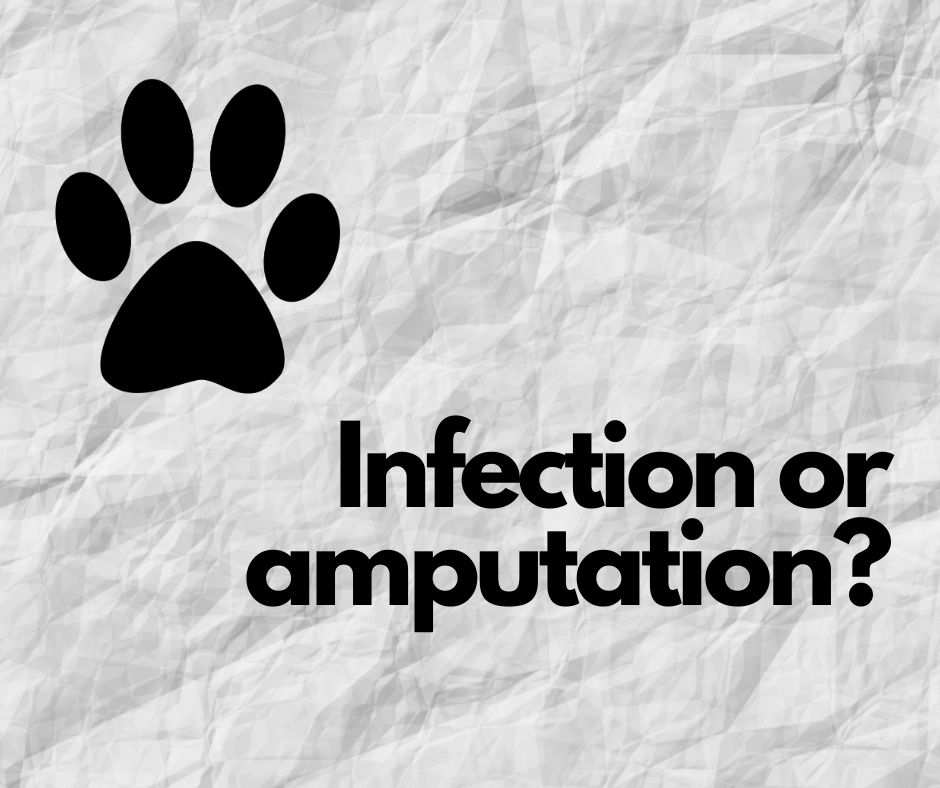 Today wasn’t the greatest day. I managed to stay on track for the most part, but admittedly I had two indiscretions that were caused by emotional eating. I had two fun-sized chocolates this afternoon, and tonight I had two cookies with a cup of tea. Not bad in the grand scheme of things, but there were better choices to be made.

The rest of the day has been on track. I even went for a walk along the beach tonight after my chiro appointment

The cause of the emotional eating? Worry about my dog, Missy.

She’s been limping for a while now. I took her to the vet last month and there was an infection in her paw. Some antibiotics later it cleared up and she was walking a lot better. We put her on anti inflammatory tablets for her arthritis, and thought that would be it for treatment for a while.

While the limp was a lot better, it was still there.

Finally I made the call to look at increasing the dose – I didn’t want her in pain at all (while trying to balance the risk of damaging her liver, but my vet friend said the risk was incredibly minor).

This weekend I kept her home instead of camping with us. I knew there was a chance we were going to be pretty active, and I didn’t want her to aggravate her foot. My dad stayed and looked after her instead. When we got home, I found her limp a lot worse. I booked her into the vet again, and took her there today.

It looks like she has signs of an infection in her paw again, and she’s been licking it. There’s also a lump there – the vet isn’t sure whether it’s from the infection or a growth. So now Missy is on antibiotics for the infection, plus anti inflammatory painkillers, and I’m soaking her feet once a day in some antibacterial solution. We’ll know whether it’s a growth or not within a fortnight.

Bad news – if it’s a growth, she’s losing a toe and having part of her paw amputated.

Good news – if it’s just from the infection it should clear up with the tablets.

Right now I’m devastated. I don’t want my dog in any pain whatsoever, and the thought of her losing a toe is just awful. I’m hoping like mad that if that’s the case that at least she’s still got her paw. Losing an entire paw would break my heart.

I’ve had her since she was 5 weeks old, and she’s now approaching 11. She’s been with me through the major elements of my life, and she’s literally my best friend. I keep thinking about the fact that she’s getting old, and that eventually her time will come. The thought of losing her entirely is something I’m just not ready to deal with, and I’m going to be an absolute mess when I have to make that call. The time she stayed overnight at the vets for surgery I found myself constantly walking to the back door to go and pat her, and crying when I remembered she wasn’t there. And that was for a low-risk overnight stay.

How am I going to be when I know she’s not coming back?

This is what she looked like when I first got her nearly 11 years ago. Look at those eyes! The little nose! She was SO cute!

She was so small she used to curl up in her water bowl when it was hot (she’s such a water baby).

She kept this habit up even when she got older – nevermind that she was too big too fit.

And this was her today at the vet; to think she used to be completely black! The first area she got her greys (whites) was around her bum. I thought she’d had some crazy poop that bleached her butt!

I am not ready to deal with the fact that she’s aging, or potentially going to lose a toe.

If someone could invent some sort of anti-aging pills for dogs I’d be highly grateful.

Here’s hoping for some good news in 2 weeks.