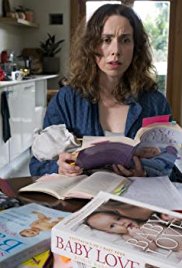 On my list I still have a lot of shows and documentaries to work through:

However, there’s one show that I don’t think is getting talked about enough, and it’s a home-grown comedy screening on the ABC.

Essentially it’s about a mother raising her first child, her husband, and various other characters – friends, mothers group members etc.

In the past this show wouldn’t have been all that interesting to me, except that i’m now at home raising my first born child. So much of this is hilarious to me now, and the situations she finds herself in. The chaos, the lack of organisation etc. It all strikes a chord, and I’m only 5 weeks into parenting. It makes me excited and intrigued about what the future holds for me, and the stories I might have for this blog!

The episode I just watched was the main character, Audrey, dealing with her friends being at work while she’s not. This is a very real situation for me. Before a baby I was borderline workaholic, and it’s been very unusual to just stop working. During the day my friends and husband are at work, and it’s very isolating. Next week the little man gets his shots, and then I’ll be joining a mothers group, which will be great. My expectations of a mothers group are now based on this TV show, so if I turn up and Noni Hazlehurst isn’t leading the group I’m going to be very disappointed.

If you have kids, or want to have kids some day, check out this show. It’s brilliant.

The show airs on the ABC Wednesday nights at 9pm, or at any time on ABC iView (official link).