For the most part my flight was uneventful. I had been given the exit row seat, which was great, and the middle aged couple beside me were lovely. There was a child a few rows back which screamed for the first 10mins of the flight, which caused visible discomfort to many passengers. I think we were all unanimously relieved when the toddler finally calmed down (mind you it had been screaming like it was a newborn).

When we arrived at the airport, the heat smacked you over the head the second you walked out the plane door. Unfortunately I was still wearing my hoody and jeans, and it was about 5mins before I was able to separate myself from the crowd enough to stop walking, and get the hoody off. The heat, compared to the cold in Melbourne, was pure magic.

I made my way to the little visa stand and paid my $25 to get entry into Indonesia. Hot tip – pay USD cause you save a little bit of money, probably like about $1. Woohoo! Also another hot tip, the exchange rate for changing AUD into Rupiah is better in the Indonesian airports than it was anywhere I had seen in Australia.

Customs was uneventful as well. I had bought into the hysteria that they were hardcore but they were lovely. The only thing that was a bit scary was the “Death sentence for drug smugglers” sign, since you sure as hell wouldn't be calling Indonesia's bluff on that!

The couple on the plane had warned me about all the guys with trolleys that would try to carry my bags, so I made my way past all of them easily with a smile and a “no thanks”. Once I had gotten my bags I headed outside and found my driver, and much to my surprise, Cam too. Cam and Lisa were the friends of Jo and Adam's that I was staying with for the first few days. It turned out Lisa was back at the villa working hard on an assignment, so Cam thought he would come and pick me up to try and make my arrival into the country a little less daunting. He was right, it made it much less scary so thanks so much for that Cam!

We arrived at the villa which was GORGEOUS. It was hidden away in a little back street, so if I had had I find that place by myself I would have had no hope. We each had huge bedrooms with massive beds and our own ensuites. The backyard consisted of our own pool (much bigger than expected), landscaped garden and a kitchen/lounge area. It was brilliant, and I will be definitely doing the villa thing again in the future. 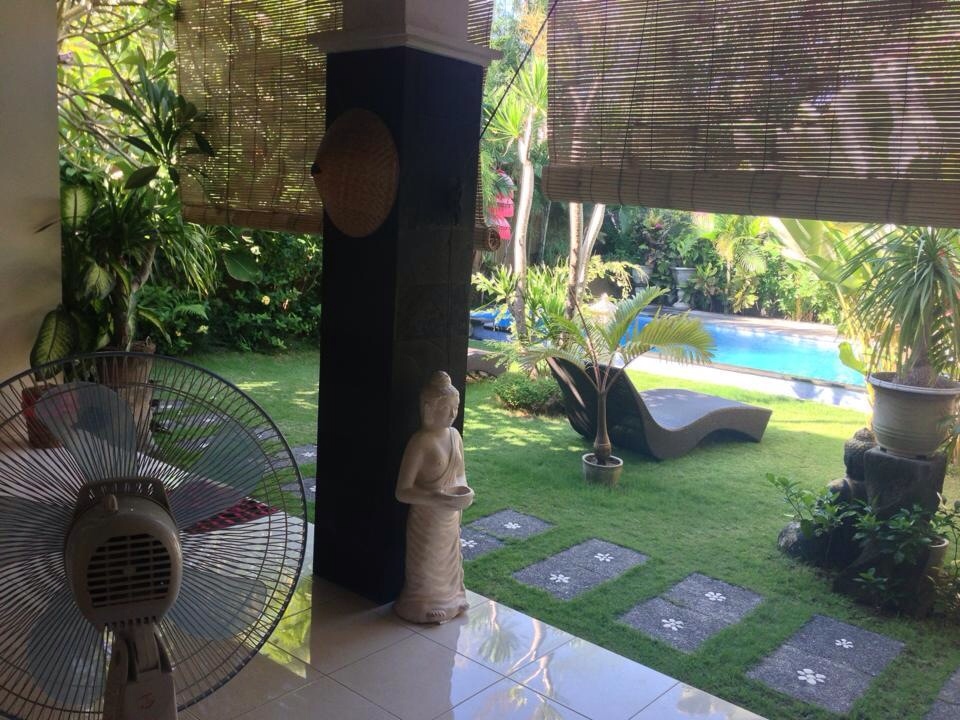 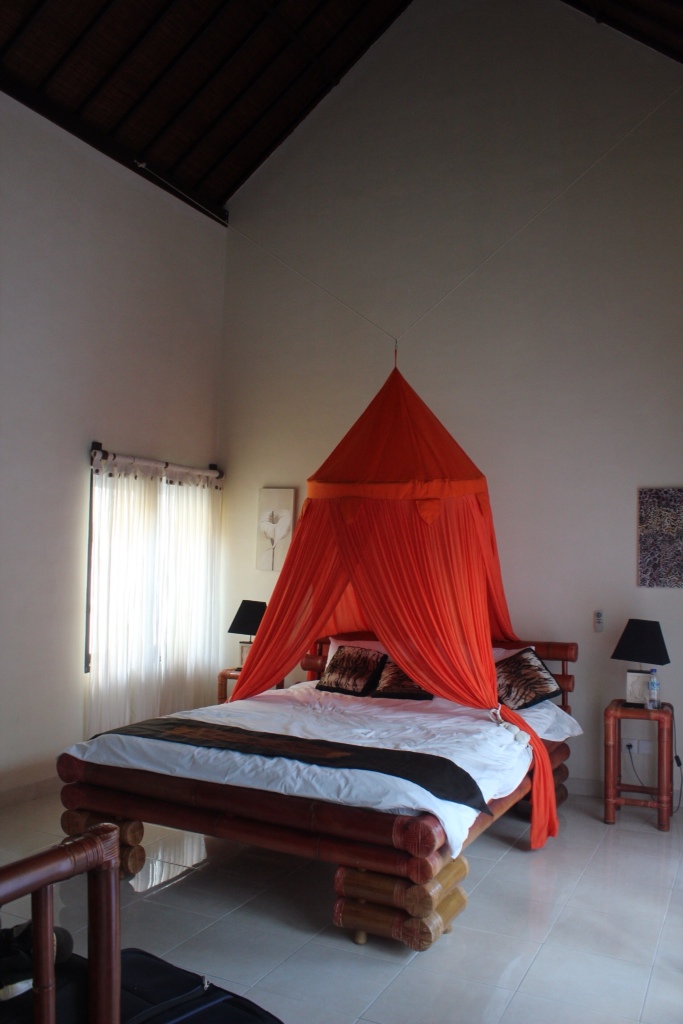 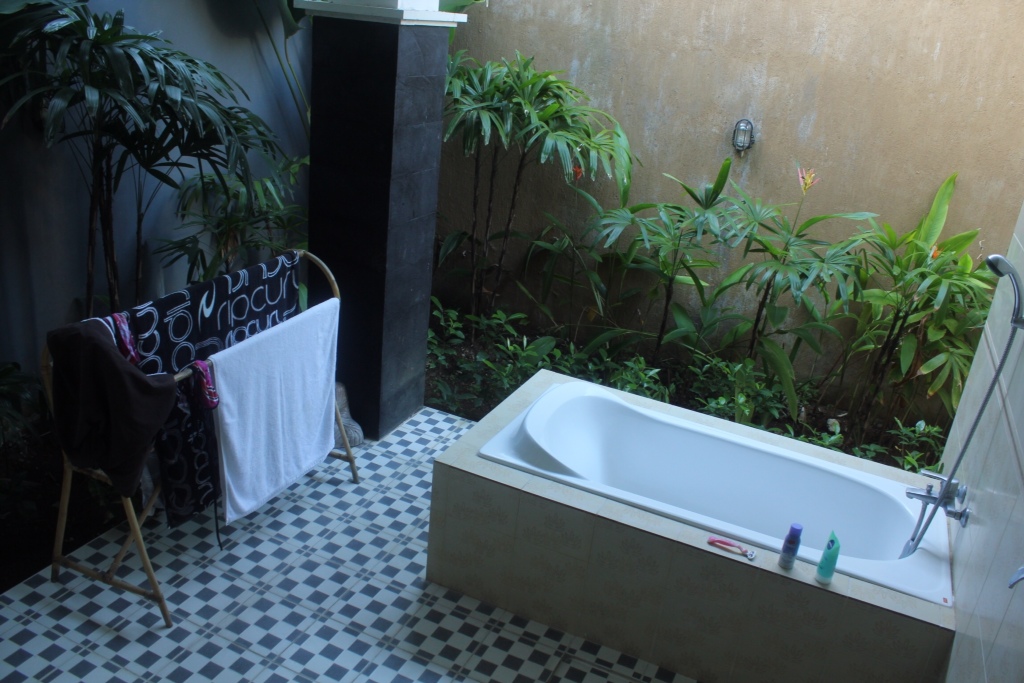 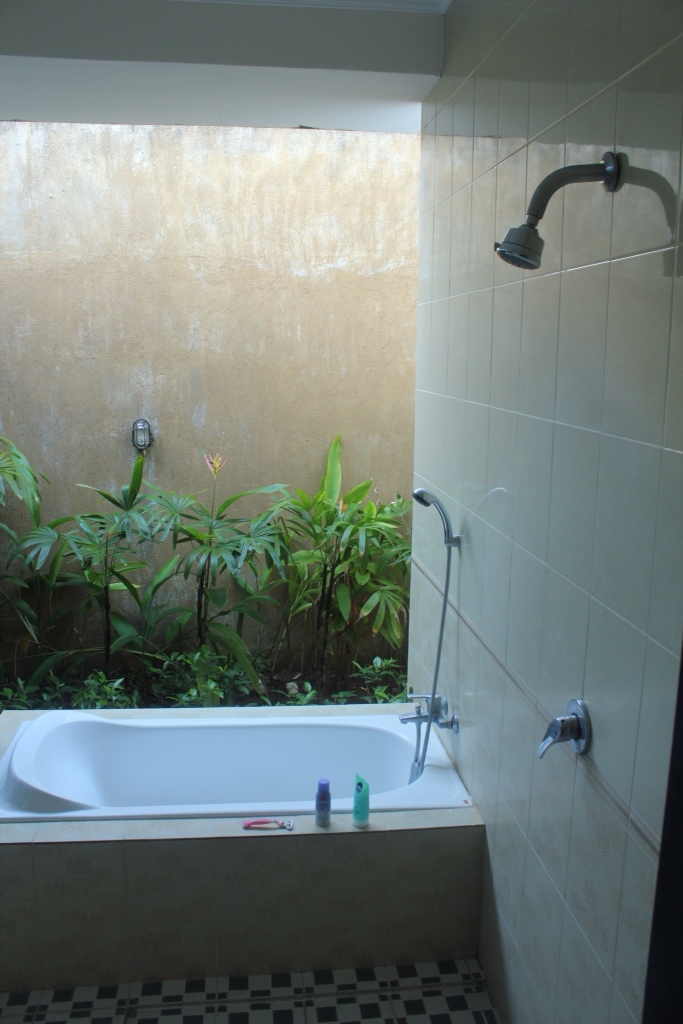 After a while we went for a walk and had a beer down at the beach (ice cold beer never tasted so good, I became an instant fan of Bintang). I wasn't really hungry so just snacked on some chips, and dinner was a low key affair as well. 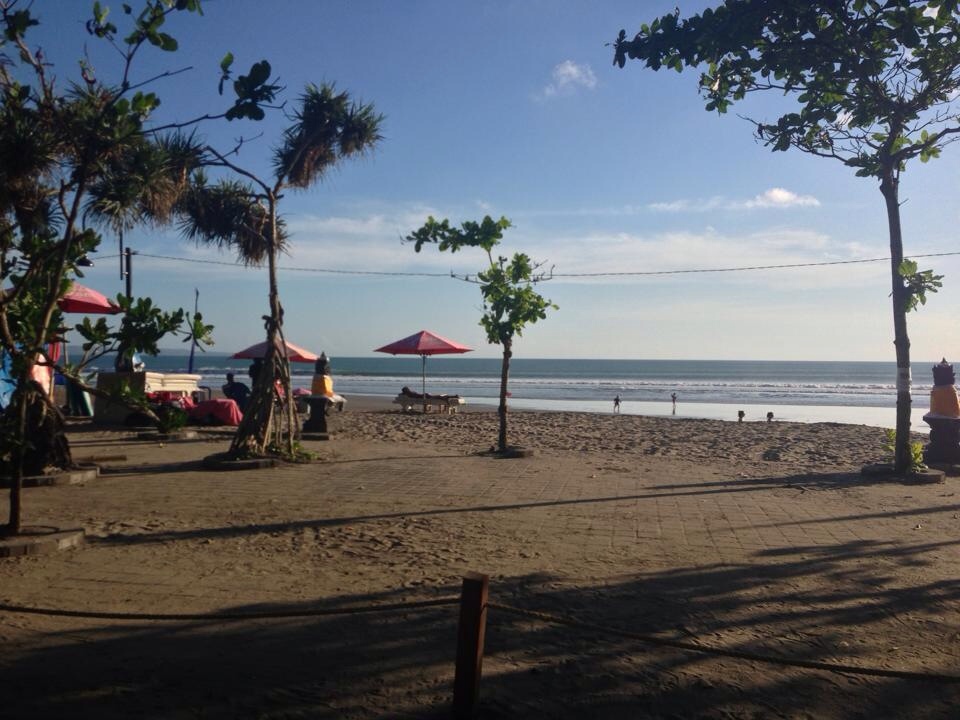 Swimming in the pool at night was pure bliss, as we bobbled around having drinks and chatting. At one point I was sitting on the steps when a bat flew overhead. I felt something hit my knee, and when I looked down I found that of all the places in backyard, the bat had pooped and it had landed on me. Surely that had to mean good luck right?

As was quickly becoming the norm for the holiday, I went to bed early and read some more of my book, then passed out. But holidays aren't always about racing around doing as much as you can, are they?