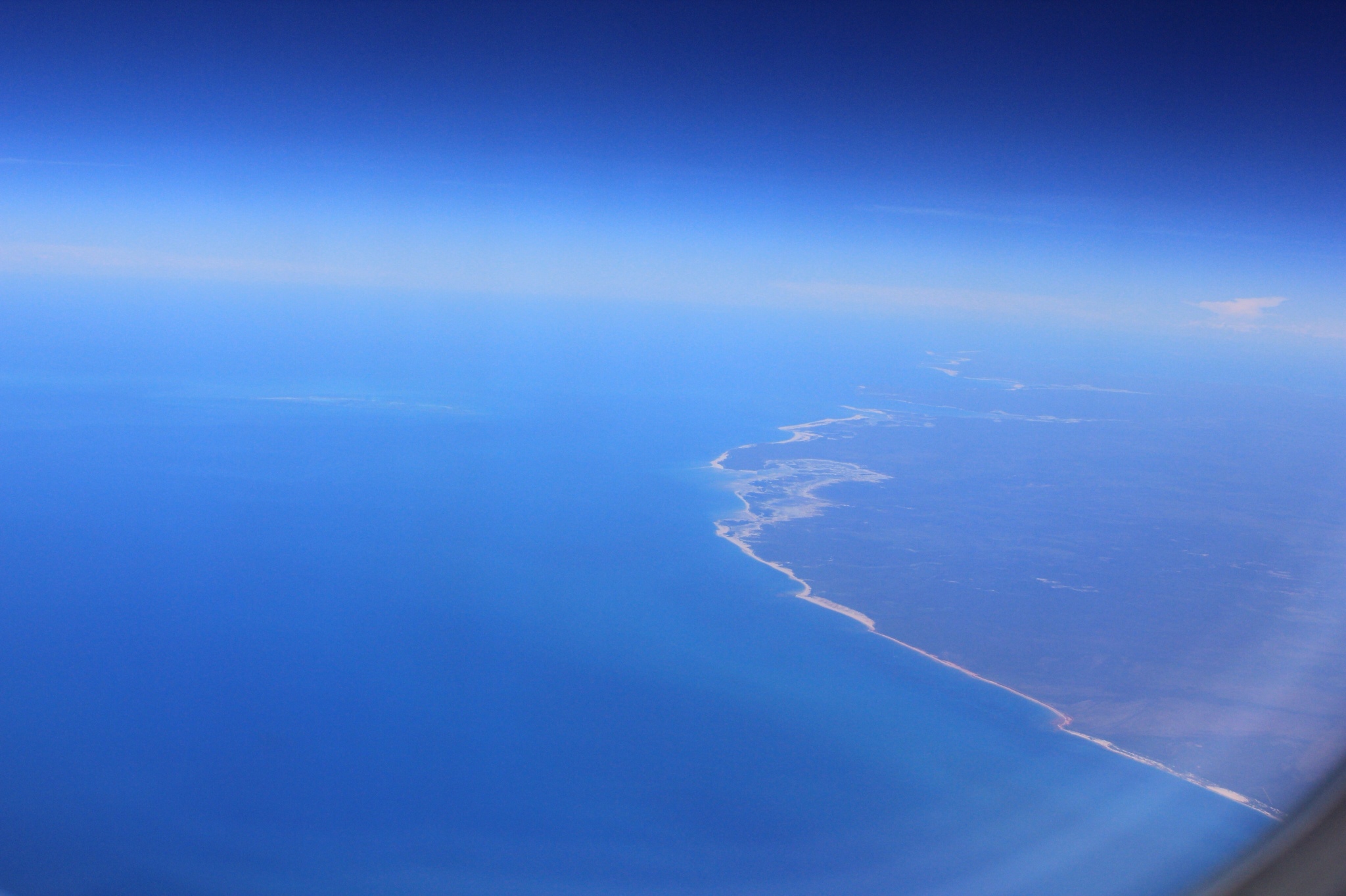 Well, I'm not there as I write this sentence, but when I post it I will be. How is that so? Because I'm currently thousands of feet in the air, on a plane. Yep, I'm blogging mid-air!

Last year my sister and her girlfriend were so kind as to purchase a ticket for me to Malaysia flying Air Asia, as a combination Christmas and 30th birthday present. Kick ass? I think so! It was purchased just days after I bought my flights to Bali last year for my friend's birthday, so it was quite exciting to have all these trips planned. A few months later, I met Mario and we booked more flights to Lombok, Indonesia, which is in June. So essentially I will be returning home from this trip in April, then taking off again internationally only a couple months later! It's far to say my love for travel has been realised.

For having a reputation as a “cheap airline”, I would have to say I've been impressed by Air Asia. The staff are lovely, the seats not as tight as I had expected, and the food was good. My standard for airline food is “not rubber”, so it wouldn't be hard to be good. But I've definitely had worse. Most importantly, we haven't been lost in the Indian Ocean (well, at the point of writing this post anyway), and given recent events that's always a plus. Too soon?

I've just realised I'm only 3 hours into the flight, out of a total of 9 hours. Shit. For some reason I thought we were halfway there, but half of 9 is not 3. Luckily I have loaded up my iPad with plenty of movies and TV shows, and I've got my kindle ready with a book. I went on a download frenzy when I got my new iPad, as I just recently upgraded from a 16gb iPad 2 to a 128gb iPad Air. Give me all of the internet! In addition to the movie/tv watching, I also plan on having a nap, and just purchased the Air Asia “comfort pack”. The pack includes an eye mask, neck pillow and a blanket in a cool little duffle bag thing. The reason I got it wasn't so much for this flight, but rather for when it comes time to fly home back to Australia, as we're on a night flight. At the moment it's only 2.30pm Australian time, so not exactly time for an afternoon kip. Then again, I'm on holiday mode, so anything goes right?

It's been really nice to look out the window and see the red land below me. I've never been to the Northern Territory, or Western Australia, so have never flown across Australia in this direction before. I intend on getting to both locations at some point so that I can say that I've touched down in every state in Australia. Actually, I have to visit Canberra first, although the only thing that jumps to mind when I think of Canberra is politicians, and who really wants to see that?!

Stay tuned for some travel stories and photographs from Malaysia. We're staying first in Penang at one hotel that is on the historical Love Lane. We'll then move to another one in George Town, before winding up at Kuala Lampur. Our hotel in KL is directly opposite the iconic Petronis Towers, where I've been advised we will be able to see the twin towers directly from our beds. As you can see, we're slumming things a little this trip.

I only really started researching Malaysia yesterday, which is a bit late. Normally I would have been reading non-stop out of sheer excitement, but I've been so busy otherwise with work and social activities that I never really had a moment to stop and think about it. I discovered there's a temple just near us that actually has real live snakes (Vipers) in the temple! The vipers have had their venom removed, but their fangs are intact. I expect to be freaked out completely, but what a story right?!

OK, nap time….this flying stuff is boring business! Are we there yet?