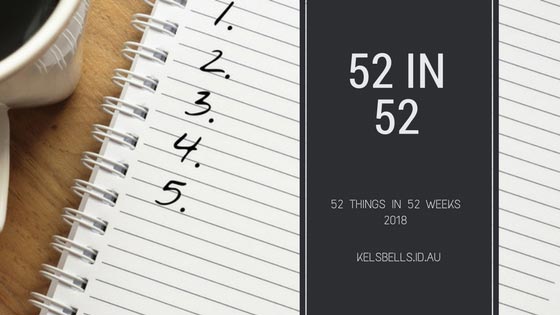 I just went to look at when I last posted an update on my 52 list, and it was March! Whaaat? Then I realised that I had a post from August in my drafts, oops. Guess there’s no point posting that one. Needless to say I’m extremely overdue in posting an update.

There’s only one month left to go in the year so it’s a final sprint to finish the list, but I’m really excited at how things are looking right now. Let’s take a look!

There’s only 10 (!!!) items left on the list to complete this year. Of that, 4 of them are underway and nearly complete, and the others shouldn’t be too hard to complete. It’s just a matter of making the time!

Highlights from what I’ve accomplished this year

There’s been so much that I’ve done this year, and I’ll post a full list at the end of the year, but I wanted to share some highlights.

There’s been lots of other great moments this year, and I can’t wait to do a full recap of all of them.

As for now the brain is already ticking over trying to come up with a list for next year. If anyone has any suggestions please fire away!