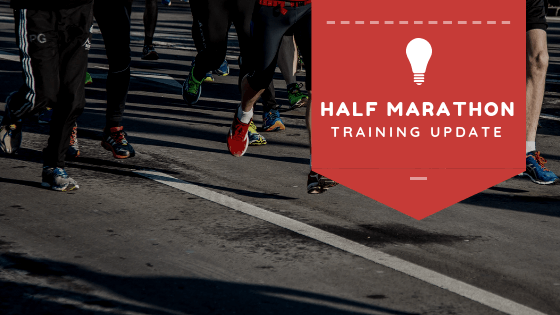 Another 2 weeks down, and some more progress to report in! It’s been an interesting 2 weeks. I had a bit of a slump energy wise during week 4, but I have only missed one workout to so far (which was a cross training work out and not a run). Well, except for tonight, but there’s a reason for that. Kind of related, I also completed my second park run ever and shaved 6mins off my time – wahoo! On the equipment front I’m now parading around with some new shoes.

Now that I’m using Garmin it’s so much easier to quickly post a summary pic. I do hate that my training plan on Nike starts on a Monday, but there’s nothing I can do other than suck it up. I don’t know how interested people are in the stats like pace or heart rate, so I’ll just mention them in my summaries of my runs.

This was a better week for me compared to last week. The motivation was back, although in the middle of the week it was a bit full on life-wise so unfortunately I had to rearrange the schedule so there were 3 rest days back-to-back.

When I first saw this week it had the long run scheduled for the end of the week. I organised with friends to do Park Run, since that was 5km and it meant I’d get to run outside. I also organised with my husband to run with our little guy in the pram, since my husband also enjoys the odd run and would love to be included.

Then suddenly Nike “recalculated” my training plan based on the previous week and everything changed. Note to self, don’t count on the schedule until it’s actually that week. Or don’t hit the recalculate button (but I do like the idea of the plan adapting based on my results). As a result the long run was scheduled for the Monday instead, and I was doing a “bonus” 5km on the weekend.

I don’t remember how long ago I bought my Nikes, but I was unfortunate enough to cop a blister under my big toe during Park Run on Saturday. It was in a weird spot, one that I knew wasn’t caused from rubbing. I had been wondering how much life was left in my shoes, and this confirmed that they were on their way out. I never blister in Nikes (even when brand new) so it was a clear indicator I was going to need some new shoes shortly.

I went to the shops fully intending to walk out with another pair of Nikes; after a lot of trial and error and even some ASICS (which I wrote about here, I didn’t end up loving them) I’ve found that my feet absolutely love Nike Pegasus and Vomero. I think I’ve had at least 3 pairs of the Pegasus models, they’re a favourite.

While I was there, the Adidas Ultraboost caught my eye. I’d heard good things about them from my sister and her partner, and my husband was on his second pair. I randomly decided to give them a go. Before I knew it I had defected from Nike. I don’t even know who I am anymore.

So while I do a bit of soul searching, I find myself with these babies, the Adidas Ultraboost ST W. 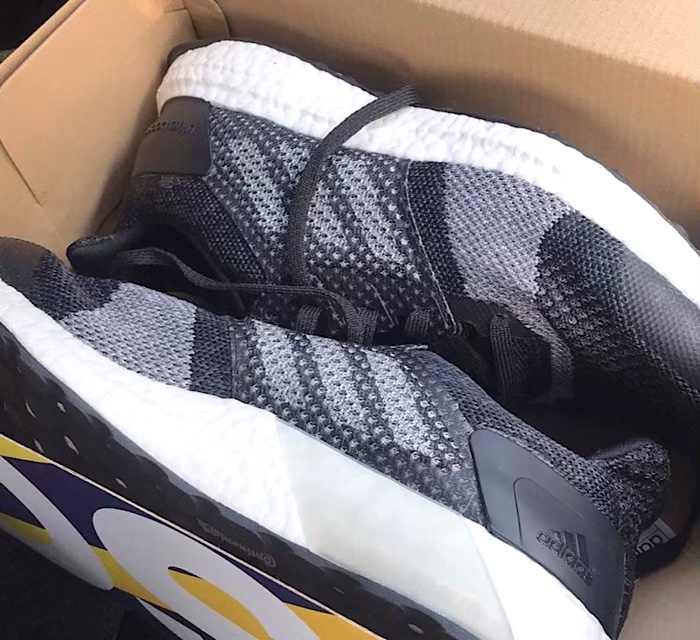 I’m looking forward to getting out for a run to see how it feels. So far trying them on it feels a lot more relaxed and natural at the front of the foot. I have quite a wide foot, so I’m intrigued to know if this will make my foot feel more fatigued or not. They’re used to being held in (comfortably) by the Nikes. I’m also especially intrigued by the cushioning, which is apparently pretty amazing and meant to be long-lasting too.

For the next week I’m up for the following (my Nike app has already adapted the plan so this should be set in stone): After that I’m not too sure – right now it’s saying week 7 consists of a couple of speed sessions and recoveries, but given that’s likely to change I’m not going to quote it just yet.

I’m happy with how my progress is going, but I really do feel like I need to get outdoors more. I want to run during my lunch time at work, but we don’t have showers at work so it means I have to give myself a sponge bath in the bathroom afterwards (otherwise I’ll be sweaty and stinky for the rest of the day – no thanks). Given how hot it’s been lately, running at midday doesn’t sound very smart either. So for the meantime I may still be relegated to treadmill running during the week, or try and get out quickly in the afternoons when my husband gets home from work. There’s an evening running group on Wednesday nights that I’m tempted to join as well, although I’m a bit intimated and would like to get a bit more fit before I do.

As you can see it’s a challenge to fit in the runs, but I’m still absolutely loving it. Running is definitely proving itself to still be my happy place. If it means for now I have to run on the treadmill at nights then so be it. Maybe once I get a bit stronger and fitter I’ll look at running with the pram, and that means I could get out on the days that I’m home with the bub, but right now it’s hard enough to focus on myself while running let alone trying to push some more weight.