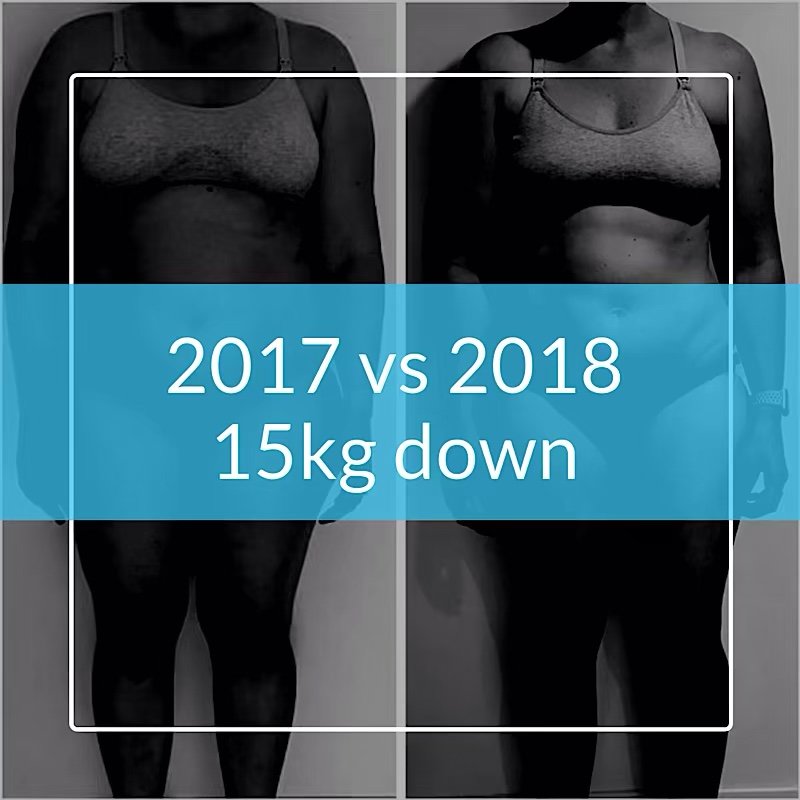 As I write this post I’m sipping on wine, and reminding myself why I’m posting these photos. I’m almost chanting it to myself.

Thing is, it’s bloody hard to post this. I’m not proud of the before photo, or the after photo. I’m not where I want to be. But I’m proud of the difference.

I was going through photos the other night, trying to put together a photo album of my son’s first 12 months on earth when I stumbled upon my before photos. I had taken them and promptly forgotten about them.

Yes, I was overweight, but there was more than that. It was knowing why I was overweight. In that photo I saw a secret binge eater, someone who lacked discipline. It was someone extremely unhealthy and certainly wasn’t prioritising her health.

A recap of the last year

I was diagnosed with Binge Eating Disorder, something that threw me for quite a loop mentally. Once it had sunk in, suddenly my health became a lot easier to deal with. I began to learn my triggers and my weaknesses. I could identify when I felt a binge episode coming on. Since I was diagnosed, there’s only one time I can think of that I binged, and even then it was a much lower scale than I used to in the past.

To this day I still message friends when I am struggling. Their support is invaluable. When I go grocery shopping I tell my husband everything I bought, not because he wants to cares, but because I want to be accountable.

The other day I had insatiable cravings for chocolate. I knew that if I went into the grocery store I would relapse. I would adopt the all-too familiar zombie state, and before I knew it would be in the confectionary aisle loading up. So I avoided the store altogether.

I’ve been using Lite n Easy to lose weight. I’ve removed the decision making for myself from food. It’s not a long term solution but it’s the solution for me right now.

I just had another sip of wine (or three). I need a refill. 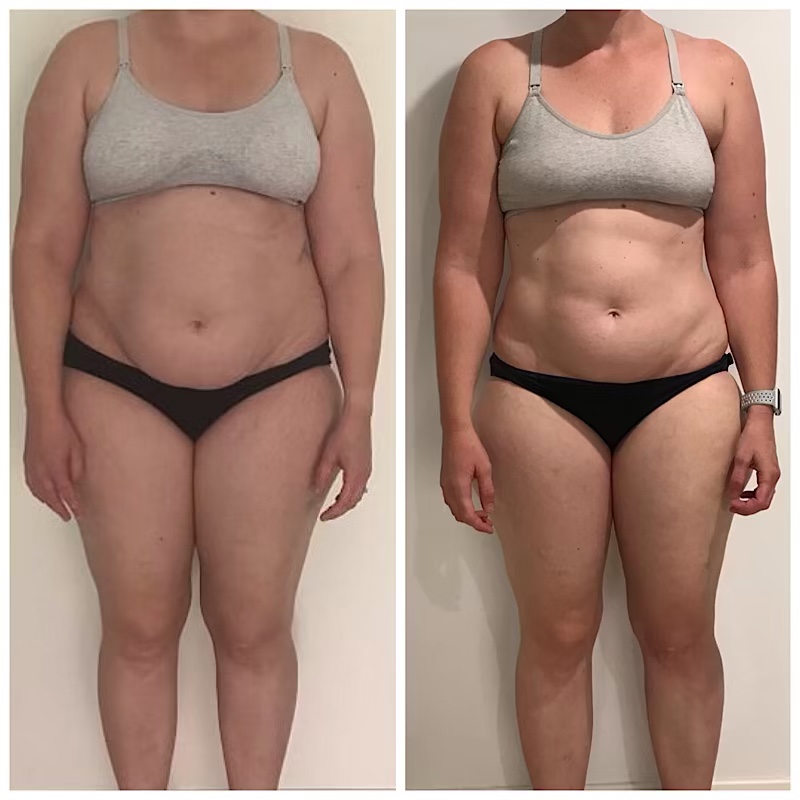 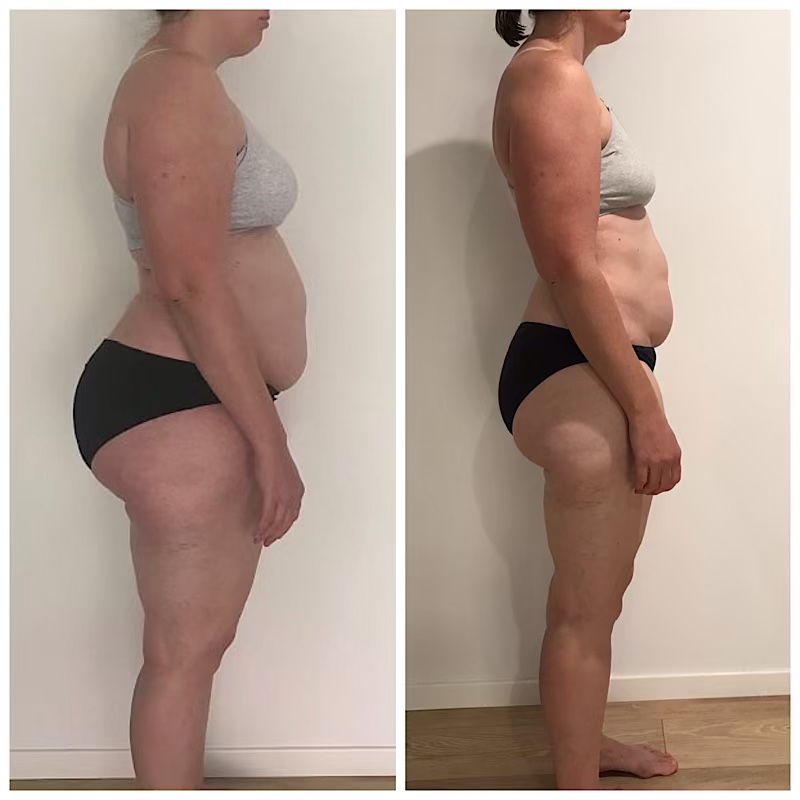 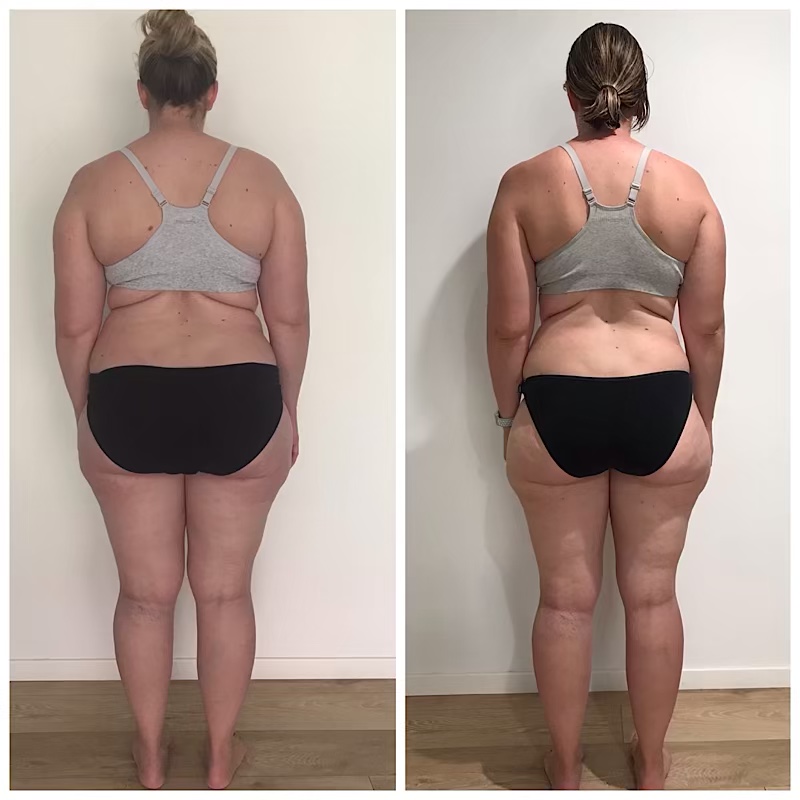 The biggest changes are visible on the side view. My bubble bum has decreased, as has my stomach. I’ve also lost a lot in the chest area, which to me isn’t such a bad thing since I enjoy running and a smaller chest makes it a lot more comfortable to run.

On the front I’m starting to get a bit of stomach definition back. I still have a pouch to get rid of, but it doesn’t overhang my underwear anymore. I still remember messaging a friend excitedly the day I could see my c-section scar in the mirror without sucking in my gut.

I tried to wear the same underwear but I think I chose a different pair; the shape is a little misleading on the rear shot I think. The shape around my butt has changed. I took these photos this morning and it was still a little dark, hence the shadow from the lights. It’s made it harder to tell but my midsection has changed, and my rolls are smaller. I call them my back boobs. I’ll be glad when they’re gone.

Maybe I should commit to another photo, I’m not sure yet. But the goal is to hit my goal weight, and right now that’s looking like it should happen around March.

Here’s a crazy fact. There’s 15kg difference in those images and I still have 15kg to goal weight. I’m only half way. Imagine when I get there, and the changes between 2017 and 2019?

Because in 2019 that will be a girl that is healthy. That has been disciplined. That has done the hard yards and kept the eating disorder demon at bay. That is a healthy weight, fit, and setting a good example for her child.

I’m not there yet, but I’m starting to feel proud of myself again.