I’ve been having a rough trot lately, although to look at my Facebook you wouldn’t think so. From an outsider’s perspective it looks as though I’ve been living the dream.

But as is usually the case, Facebook is not as it seems.

This post may feel like I’m trying to justify my nights away, but it’s not. I wrote this because I want to get my emotions out of my head, share how I’m feeling, process it and move on.

In a nut shell, I’ve been feeling like people will be judging me and considering me to be selfish and a poor mother.

Planning for the games

Up until this point the longest I’ve been away from bub is about 2 hours. That’s either for a trip to the chiropractor, the gym, or a hair cut. Or the two half days he’s just been at daycare (in preparation for my return to work). That’s it. In 6 months, other than those times, I’ve been with him nonstop.

While I was pregnant my husband, Mario, and I knew the Commonwealth Games were coming up. It had always been a bucket list item for me to attend either an Olympics or a Commonwealth Games, and having them right in my home state felt like a dream come true. I knew it was something I wanted to be a part of. 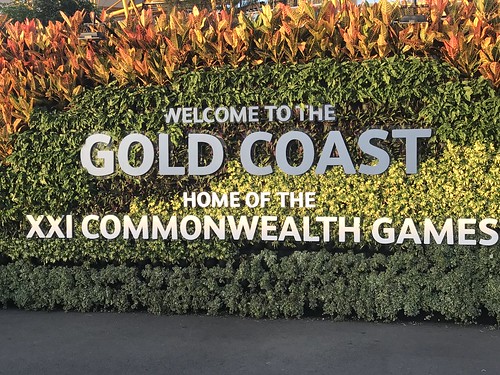 My husband and I discussed it and we agreed I would enter the lottery for some tickets (to be honest he probably didn’t have a choice in the matter). We thought about how our bub would be fed, and knew that by 6 months he would either be starting solids, or at least old enough to be able to use a bottle. We had no idea if I would be successful at breastfeeding or not (in which case he’d definitely be on a bottle), but worst case scenario if for any reason bub wasn’t feeding then I wouldn’t go. It would hurt to miss out of course, but he came first.

In the lead up I did all of the following (not necessarily because of the games, but it helped all the same):

I thought I had done everything I possibly could.

We got rained on, our legs cramped, and the closing ceremony wasn’t great (as massively documented in the media). But on the flip side, we saw world records broken and some amazing athletes crank out some of the best performances of their lives. We cheered and sung, and participated in a once-in-a-life-time event. I have zero regrets.

I want to be clear, I never had a mental break from being a mother. I didn’t get a “free pass” to go back to what I was pre-baby. It certainly wasn’t a “weekend away”.

In fact, in amongst all the festivities all of this happened:

So as you can see, it certainly wasn’t all roses. 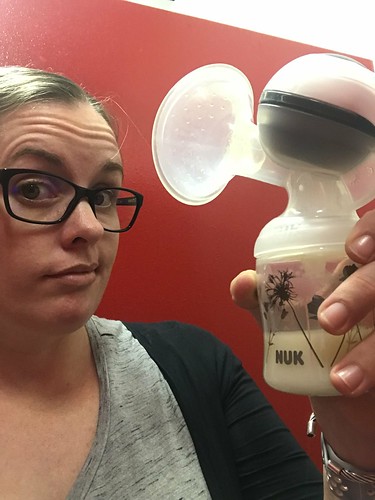 The day after the closing ceremony Mario went to work and I stayed home. I’d returned home just before 1am, my boobs full and ready for pumping. By the time I had given Luca a dream feed and pumped, it was 2.30am. I went straight to bed.

Luca woke up at 5.00, ready for the day. Mario leaves for work at 5.30, so there was no time for sleeping in. I’d have to survive the day on 2.5 hours of sleep. I soldiered on and I got through it. That night was hell though, with Luca waking every hour.

On the Saturday beforehand (the day before the closing ceremony) I had felt myself coming down with a cold. By Tuesday it had reared its ugly head in full force. With 2.5 hours of sleep on Sunday night, and an average sleep stretch of 45mins on Monday night, by Tuesday I was f**ked. I had imagined Luca going into daycare for the day so I could rest, but then he started to blow green out his nose. There was no way he was going to daycare. Suddenly I hit the wall and I cried. I asked Mario to come home because I was so spent. I needed him to look after Luca so that I could rest. I needed sleep, and the cold had taken what energy I had left.

When he got home, I went to the bedroom and slept for 3 hours straight. The only reason I woke is because Mario needed me to feed Luca (he’d tried to use what milk I’d expressed that morning and left in the fridge, but needed more). I’m sure I could have slept the day away if I needed to.

I was so grateful that he had yet again taken over parenting duties for me.

Disclaimer – no one has told me that I’m selfish. But let me explain why I felt this way.

The fact that Mario was at home with the baby and not having an easy ride made me feel horrible. I trusted him and knew that he would be able to handle the situation, even if he didn’t think he could. It just felt unfair that I was out “enjoying myself” (see above) when that was happening. At that point I didn’t know if my baby needed me, if he was starving and there was the potential for an emergency situation (thankfully there wasn’t).

Then I added up the amount of time that Mario was on solo parent duties. I’ve been in trouble with readers before for saying “babysitting”, because he’s not. He’s a parent. It’s his job too. But he was still taking on a lot of solo parent duties, and with a rough time at that.

Then right when it was meant to be back to “systems as usual” I got sick and needed him to take a day off work.

I felt like I was meant to just suck up feeling sick and get on with it. Since Luca had been born I had heard the following lines over and over:

At the time all of these combined made me think “I would be nothing if it wasn’t for my husband”. It made me feel so weak and pathetic.

Regarding the “your husband” statements, once I thought about them logically I broke these down to the sources and their reasoning for saying it. I came to the following conclusions:

I was taking it all so personally as an attack on me, when in fact it wasn’t. It boiled down to this (put so eloquently by a mum friend I had confided in):

Being lucky doesn’t make me weak.

On top of that, one of my best friends reassured me of this:

By criticising myself so severely I had gotten myself to a point where I felt like I couldn’t ask for help. I thought I had to suck it all up, do everything, and that no one could help me. I was alone.

Until my friend reminded me that it’s OK to not be OK.

It’s OK to ask for help.

Sure, Mario had done a lot recently, but I shouldn’t forget how much I’d done in the past. There were hard times that I’d had to face by myself. And if for some reason he hadn’t been able to help me, I knew I had the strength to get through it.

And at the end of the day parenting is never going to be 50/50. Sometimes it’ll be 80/20. As long as the two of us are working together to make sure that we meet that 100%, and that we’re happy, then that’s all we can do. It just so happened that for those few days, Mario was the 80 and I was the 20. Some days it’s the other way round.

Mario gets time to himself as well. It’s not a one way thing. He goes to the gym, he has sport, and I take the baby on trips with me to give his dad a break. I took Luca to Brisbane with me for a dad so that Mario had an entire day to himself back on the coast. Sometimes I’m the one taking the 80.

It’s OK to take time for myself

I also had to remember that it’s OK to take time for myself. I was leaving my baby in a secure environment. I’d done everything I possibly could to prepare him as best as I could. I had also left him with someone that was completely capable of looking after him (the only thing he didn’t have was the boobs, and if he could he would have).

Everything I’ve observed about mothers is they never take time for themselves.

Thing is, I haven’t slept properly for over a year now. I’ve not had longer than a few hours to myself at a time in 6 months.

I deserved to do something fun. I deserved a bucket list item.

My husband and I had agreed. It was a joint decision. I was not being selfish.

I reminded myself that all things considered I’m a bloody good mum. My child is well fed. He’s developing normally. He’s clothed. He sleeps. He’s clean. He has a roof over his head. He smiles. He rarely cries. He’s happy.

I’m a great mum. Married to a great father.

And if anyone did happen to judge me for going away for the games, then that’s on them. I’m not going to let it get to me anymore.

My husband and I jointly make decisions about our child. He is always at the forefront of our minds, and making sure that he is safe and well looked after.

I can’t do any more than that.

I want him to know that he can take some time out for himself every now and then, to do something that he’s always dreamed of.

Because that’s setting a good example.

That’s being a good mum.

There’s going to be challenging times ahead no doubt. I’ll probably question myself again. I just need to remind myself that as long as I’m doing the best that I can, that he’s safe and happy, then I should be confident in myself.

I’m lucky, I’m grateful, I”m a good wife and I’m a good mother. Nothing less than that.