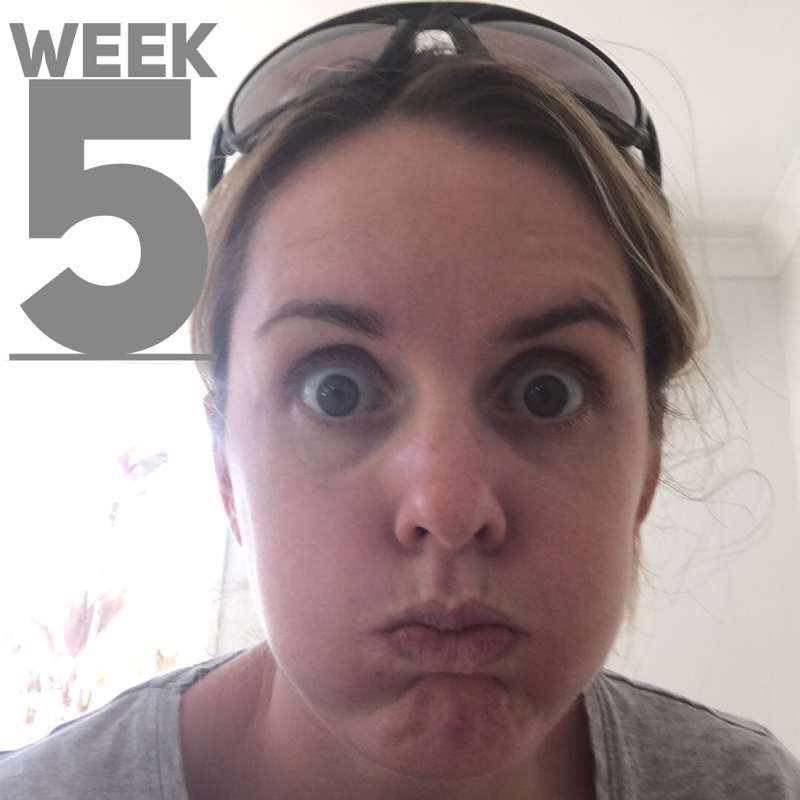 The reality of being pregnant is starting to set in, and I’m starting to feel terrified. I’ve never typically been a clucky person, and for a long time said that I wouldn’t have kids. It wasn’t until I met my now husband that I had ever felt that I wanted children, and even then the emotions washed over me suddenly one day and took me by surprise.

So why the terror? There’s a lot of reasons, but mainly it’s the pressure of not wanting to f**k this up. My friends have been through miscarriages, and that’s not something I particularly want to go through. The people I have spoken to have just advised to listen to my body. Easier said than done I guess – my body is pretty good at fooling my brain. I’m finding that I’m easily becoming paranoid despite my best efforts.

This week I had some bleeding, but it was a brown colour. Everything I read online indicated that it was implantation bleeding (IB). Given that it only lasted for about half a day and was pretty light, it seems to fit the bill of IB.

I’m experiencing cramps too. Nothing severe, just a twinge every now and then. Again, books and websites tell me that it’s just the fact that the baby is burying into the wall, and that my uterus is stretching. If it starts to get painful I’m to see a doctor straight away. It hasn’t felt that bad, so for now i’m holding off.

I went and saw the doctor to get the results of my blood test. He told me my iron levels are a bit low, so I’ve picked up some iron supplements to try and help with that. It means that every morning I have iron with my breakfast, and at lunch I have an elevit tablet. It was suggested that I get the ones that have the low nausea rating. In the past it’s been hit and miss on whether multivitamins would sit well with me or not, so we’ll see how this goes. For someone that typically wasn’t a fan of taking tablets, this feels excessive but if it works I’m all for it.

I’m feeling pretty bloated already; I suppose it’s time to brace myself for the fact that I’m about to put on weight.

I told my CEO, my direct line manager and one other manager. I decided to keep them informed as early as possible so they know if I have to leave for appointments, or have a few sick days they know what’s going on. They were really supportive and excited for me, which was nice to see. I probably didn’t have the reaction they expected though. When they said congratulations, I’m pretty sure my face showed sheer terror.

The fatigue is insane, I came home from work today because I was so exhausted. The nausea is just a constant feeling that my stomach is upset; I haven’t actually thrown up yet. I hope I don’t! My boobs haven’t been so sore this week, although they’re definitely growing already. I noticed when I was trying to do a workout that it felt very different jumping up and down on the spot! I pretty much don’t have a chest at all, so this is going to be a bit fun to see how this pans out! I’m realising how lucky I’ve bit fitness-wise to never have to worry about boobs before.

I’ve booked in for my first appointment with the ob gyn, which by the time it rolls around I’ll be at 11 weeks. By then we’ll be on the home straight to announce it to everyone, all things going well. Fingers crossed!