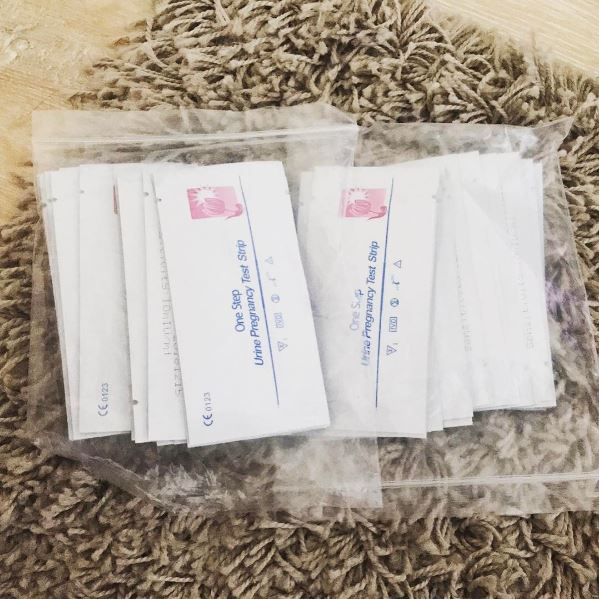 Getting to grips with my new reality

Everything makes me scared. What if we lose the baby, or if we do have the baby? What if I didn’t have enough folic acid and now the child will be born with spina bifida? Did I have too much of this, or that, or OH MY GOD I’M ONLY 7 WEEKS IN AND I’M THE WORST MOTHER EVER ALREADY.

I still feel like my priorities are in the wrong place. I’m thinking about all the things that I wanted to do, like a work conference in Sydney next year. In my mind I had already decided I was going, and then remembered that I’ll have a 4 month old child so I better not plan for that. It feels like the child is an after thought, and then I feel horrible. Then the guilt sets in, and I wonder if I’m actually cut out for this or not. I’m doubting myself.

I’m slowly starting to understand that my world will never be the same again. As you’ll soon see this week has been tough. Mario bought a ton of pregnancy tests online for us to use during the year as we “stopped preventing” pregnancy, but they only arrived this week. Instead I’ve been using them to remind me there’s a reason that I feel like this, and it’s not just a dream.

When you’re not clucky, it’s a shock to the system

I’ve never been clucky, so was never been that person to long for a baby. That’s not to say that I won’t love it when it’s born. Actually, I can’t guarantee how I’ll feel, let’s be honest, but my hopes are that I will be so thrilled and proud. When I imagine Mario’s face at the moment the child is born, that moment will be magical. He’s so excited and happy, and that in turn is making me feel good. I’m lucky to be going through this process with him.

On that note, and important disclaimer – this baby I willingly participated in, and consented to. This was not all about delivering something that Mario wanted. I had decided I was ready to start “not preventing” a baby, but the gravity of that decision is really only starting to set in now. Neither of us expected it to happen quite so quickly.

Now that I have fallen pregnant, it’s a very strange feeling. I haven’t connected with it yet (still calling the baby “it”) but I’m sure there will be a time where the feeling washes over me. Right now I’m just really overwhelmed.

I feel fat and ugly

I spent the last 12 months losing the weight that has troubled me for years. Just after the wedding I had reached a point where I was starting to appreciate my body for the first time I can remember. Then BAM, it’s gone. Already, my stomach is incredibly bloated (I am the farting champion of the world in private, I still can’t bring myself to do that in front of Mario). I have lost control of my eating, and that’s made me feel disgusted with myself.

Watching the weight come back on is heartbreaking. Even though the health of the baby should be my priority, and that this is just temporary until the baby is born, I’m not coping with it well at all. I like watching the scales go down, not up. I’ve stopped stepping on them now. I wish I could put some milestone on my withings app to explain why I’m actually going up instead of down.

Right now I’m so fatigued. This week I was sitting on the couch, and was busting to pee. Yet I was so exhausted that I was borderline tears when Mario noticed and asked what was wrong.

I need to go to the toilet and I’m so tired and can’t move and I just want to cry!

Thankfully Mario immediately came over, picked me up and walked me to the bathroom. Problem solved. Straight after I had to sit down on the bed and rest a few minutes just to be able to walk back out to the living room. I’ve never felt anything like it. When it washes over me, I need to get horizontal immediately or else I feel like I’m going to pass out. It’s scary!

I cried over Adele’s grammy speech. I got angry over the way Mario passed me something in the car. I’m snappy at work. I went to the work toilets and curled up into the foetal position on the floor and cried my eyes out from stress (the boss immediately let me go home to work the rest of the day from there, and I’ve been working mostly from home so I can focus since). I have no control over my emotions, or anything for that matter. The lack of control over my body image, my emotions, and my eating, is contributing to my feeling of terror.

Week 7 has been rough. Really rough.

13 thoughts on “The pregnancy diary: Week 7”