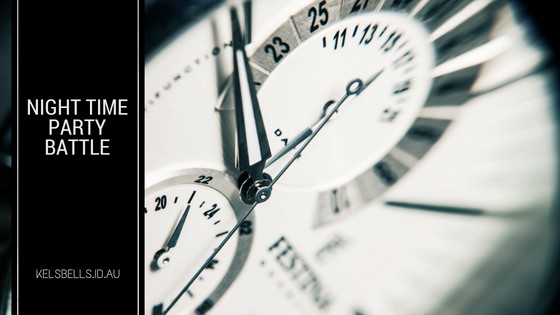 Every night after the baby goes to sleep a battle rages within myself. I become giddy. I have two hands free and the time is my own. There’s so much I can do, and yet I don’t know where to start.

So many choices, so little time. Most times, due to sheer indecision, I end up watching tv, drinking a warm drink and then going to bed. Such a waste.

The thing is, I love my child, right? And I have no regrets. Before he was born, I had a busy night time. I had my 52 list to tick away at, I could read a book, do crafts, go to the gym. Any number of things. I would come home and get stuck in. It was rare for my hubby and I to have “quiet nights”.

Once Luca was born that wasn’t an option anymore. He came first.

We didn’t start getting into a night time routine for a while, later than we should have. So we didn’t really figure out when “our” time was. But now we have it down pat:

It’s not always like clockwork, and it’s not always in that order. Sometimes he’s so exhausted (daycare days) we may skip the second milk feed and he just passes out. Sometimes he might be so hyped up that he stays up later. But on average he’s usually asleep by 7.30pm.

Sleep is always an option

Before Luca was born I was usually asleep by 9pm. That’s early by most standards I believe, but that was because I was up by 5am. I’d have had a solid 8 hour sleep and be raring to go. I’d get up early and head out, whether it was for a run, bike ride, swim at the pool, or a walk with the dog. Mornings were amazing, and getting out to watch the sun rise was one of my favourite parts of the day.

Now my sleep patterns are disgusting. Take the last month for example. My average nightly total is just under 5h 47min. I don’t wake up raring to go. I wake up trying to pry my eyes open to see if the monitor is squealing in my ear that the baby is up. 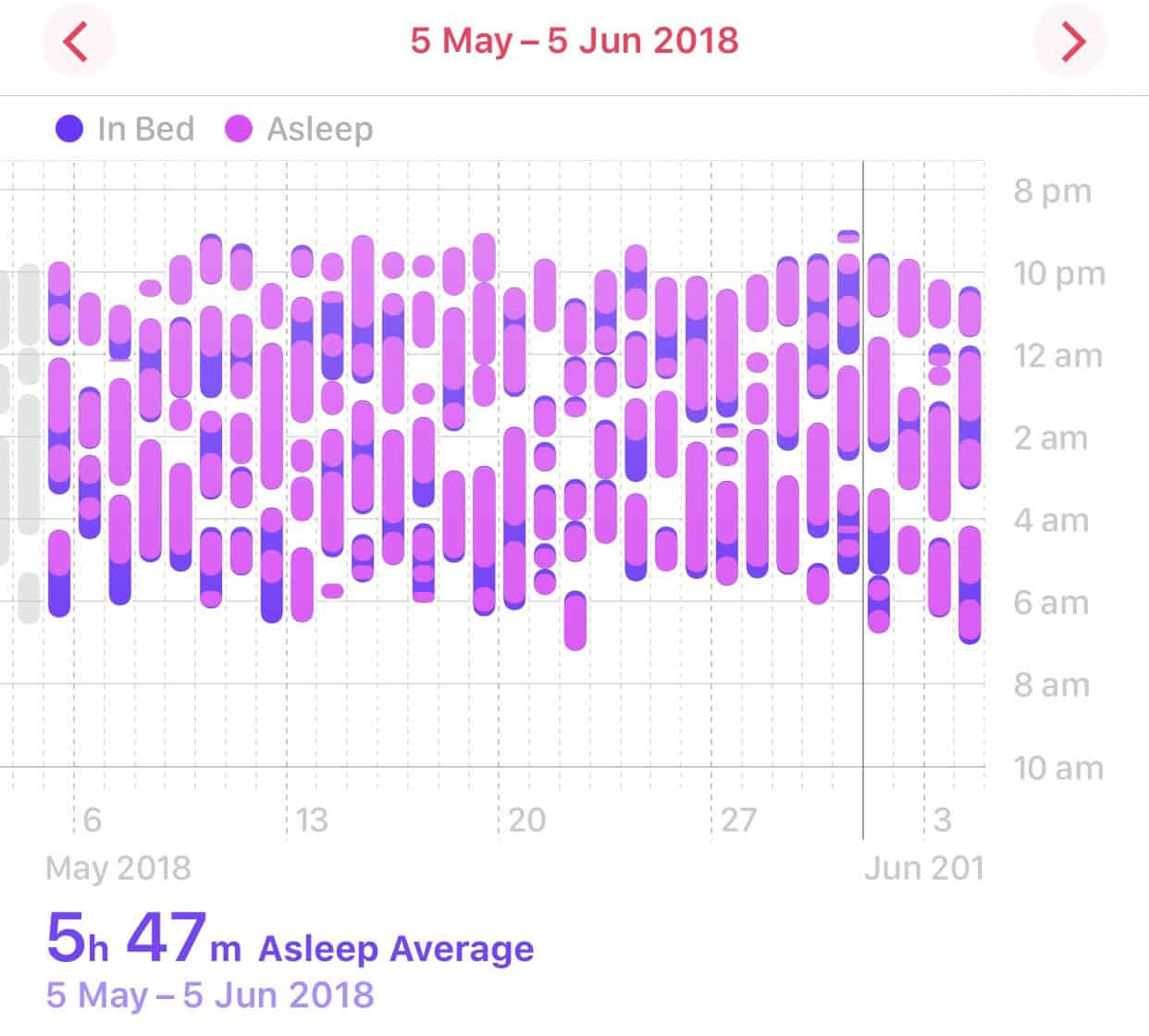 You can see how late I’ve been getting to bed from that graph. I’m trying to stay up and reclaim some time for myself, but in doing so I’m sacrificing sleep. So if Luca is usually asleep by 7.30, why am I not going to sleep straight after?

Because night time is my time. Even though he’s going to be up in a few hours, every night I’m hopeful he might sleep through. And so every night I try to give myself just an hour or two of doing something for me.

This could be any of the following:

Last night I managed some craft time and made my friend a present on the sewing machine. Craft is fun, I really enjoy making new things. My skills are lacking pretty dramatically, but practise makes perfect right? They’re not terrible items that I make, they’re “concept” items *grin*

Recently I’ve found I’ve been spending the time mindlessly watching TV. I have netflix, hayu and a smart TV with catch up channels, and just recently started a trial of stan (I don’t intend to keep it – I just wanted to watch a show a friend was telling me about). I’m a reality TV junkie, and right now with so many shows on TV every night I have so many things to watch. We even have a facebook group for it (any other junkies can join too).

Did you notice what’s missing from my list, though? Time with my husband. Tonight is our monthly “date night”, but because our son has been sick we never got around to organising something. Not even something small and special at home. We’ll catch up on that tomorrow night – I have no intentions of letting that get away from us. We still need to make time for us. But we dropped the ball a little this month. And I don’t think we’re spending enough time together at all.

Getting to the point…

All of this is a very long winded way of explaining why I haven’t been blogging recently. I’ve been doing so many different things, and slowly ticking away at blog posts, but all you would have seen is radio silence.

I think I need to get a bit more of a routine in setting aside one night a week to write. I’m behind. I’ve written Luca’s 7 month post but have’t uploaded it, and in 2 weeks he’ll be 8 months. I have so much other stuff to say. And I don’t think I can afford to sit and stew on posts before they’re published anymore. They’re going to be a bit raw.

But seriously, other parents identify with me about the need to stay up at night time, right? Night time is when you can do whatever the hell you want to because it’s our time. Our days are spent dedicated to our children, or workplace, or anything other than ourselves. It’s why we get excited the closer that bed time gets.

So I’ll just be over here, sleep deprived but reclaiming a bit of time for me. Whatever that may mean.

What does everyone else do at night time? Does anyone else get excited by the kid’s bed time?