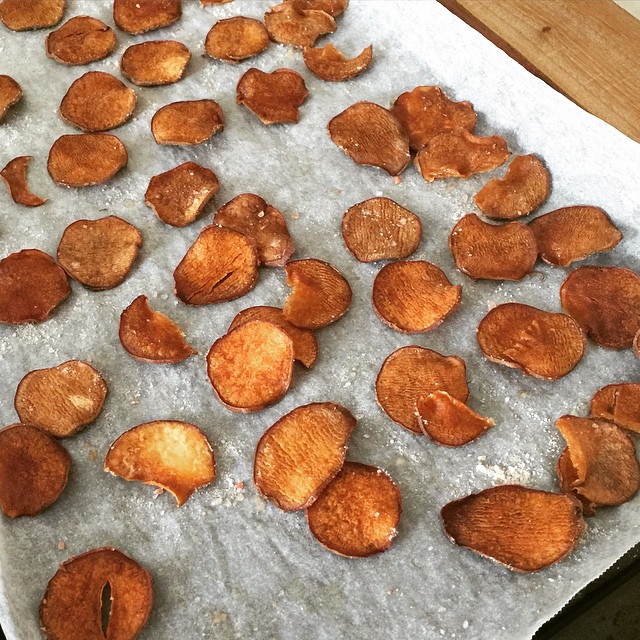 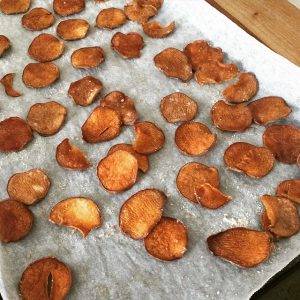 Tomorrow marks the last day of my holidays before returning to work after the weekend – boo. Hopefully the rain stays away so that I can do something a bit special for it!

This week I’ve spent a lot of time indoors, partially due to the rain, partially due to being super fatigued (I expect related to adjusting to my new diet). It’s been productive, in that I finished a jigsaw puzzle (hooray – 52 completed), but also a fair bit of cooking.

In a move very unlike me, I’ve been completely preparing (and sometimes helping prepare) our dinner. At the start of the week I made up a meal plan which we have mostly stuck to; tonight was an exception as we moved forward the pizza night, and my lunches haven’t followed plan as I’ve been having leftovers (or skipping altogether due to lack of hunger *ashamed face*). So far this week we’ve consumed (ones in bold I completely did myself):

There’s been some hits and there’s been some misses. For example, the gingersnap cookies are nice, but the next time I make them I’ll try to make them a lot thinner – they’re a bit too chewy for their thickness. The zucchini salad was a total miss. The sweet potato chips are a major hit.

It’s been a challenge, I won’t lie. I don’t enjoy cooking and so it’s been strange to get into the kitchen. Being on holidays I have all the time in the world up my sleeve, and it’s only fair that I have something on the go when Mario gets home from work. I secretly think he’ll be relieved when I go back to work next week so that he has run of the kitchen again, although that also means he’s responsible for selecting our meals every night. I’m hoping it’s just not meat & veg every night – that gets boring quite quickly.

My body has gone through some pretty big swings getting used to the food though. I was one hell of a moody cow on Sunday, the first day. Poor Mario was walking on eggshells for most of the day, I was barely talking and just stalking around the house in one big grumbly mess. I’m glad that’s over! I’ve had days where I’m so fatigued I can barely get out of bed – Tuesday night I slept for 12 hours and was still tired the following day. Monday and Tuesday were completely filled with headaches. Tuesday night I also had the sweats (and in the next second – freezing) and it felt like my heart was racing (Mario checked my blood pressure but it was fine). My sleep has also been a bit patchy, I’m napping during the day and waking frequently during the night. I’m sure this will all settle down soon though, and start to feel normal again. This morning I woke easily at 5am, which was great (and like the old me), but after going shopping with my mother in the morning I was exhausted again in the afternoon. Hopefully it’s just a gradual process now for my energy comes back.

On that note, I went to a shopping centre today. Typically, that’s not that exciting. But I went to a shopping centre, filled with temptation and treats and resisted all of it – that’s huge! Mum and I stopped for a coffee, where I simply had a green tea and snacked on a gingersnap cookie that I’d packed with me. I didn’t buy any treats, or indulge when lunch time rolled around. We even stopped in at Costco on the way home, where I turned down a chocolate & almond treat food sample and the only things I purchased was a 3kg bag of sweet potatoes, sparkling water (I’m going to try making some natural ginger ale soon), and bananas. Healthiest Costco shop ever.

Not that my weight was the primary concern for starting the diet, but I’ve dropped just shy of 3kg since Sunday. That doesn’t surprise me though, since my body was one giant bloated mess before then. I expect that a lot of that will be water weight and my body clearing out the bad stuff. It’s certainly not a rate that will be sustained for very long. It’s still pleasing to see though, and I’m relieved my stomach has returned to the state that I don’t look pregnant. I’m looking forward to getting my energy back though, so that I can start doing some intensive workouts and really push my body to dropping some kg’s and toning up.

It’s going to be harder when I return to work, particularly on the food front. I need to make sure I’m organised, so a batch cook up might be in order on the weekend.

Here’s to hoping for a smooth remainder of the week, and continual good health!

1 thought on “Zucchini, pumpkin and coconut cream – oh my!”