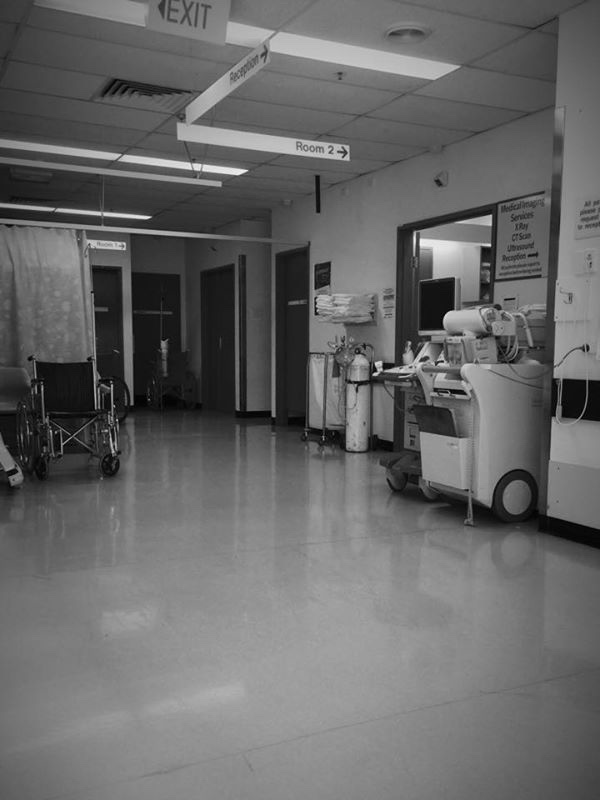 Today was my annual check up at the hospital, where I get an ultrasound on my breasts. In a fortnight I will meet with the doctor to go over the results.

The reason for this rigmarole is that a few years ago I was unlucky enough to find some breast lumps. My family has a history of breast cancer (my mother had it, but she survived and I admire her greatly for the battle she waged while raising her children) so the doctors prefer to be safe than sorry for me.

I'm not going to lie and say it isn't a little inconvenient to go to the hospital, it is. But cancer trumps that, so I would prefer inconvenience than to find cancer too late because I didn't take the appropriate steps.

(Related: I'm running a 5km race in March to raise money for breast cancer and would love it if you sponsored me)

The thing that annoys me the most is just how unreliable the hospital is. In previous years it's been a drama for the appointment, where they actually didn't confirm an appointment with me at all, and needless to say I didn't turn up. Instead I received a letter in the mail about a missed appointment and “could I please rebook urgently”. I freaked out wondering why it was so critical, lots of stress later I was told “all clear and nothing to worry about”. This year wasn't stressful to that scale, but it was still a bit frustrating.

So yesterday morning, I rang them first thing in the morning and cancelled the appointment. They advised the ultrasound was still for the following day, but unfortunately for me I never took the opportunity to actually confirm a time. I just assumed that because the appointment was in the calendar and was on the correct date that it must have been the correct time as well. I advised my boss that I would be taking off the following day instead, and got back to work.

Today I hung around the house for a bit, before making my way for what I thought was a 10.30am appointment. When I arrived it turned out the appointment was actually for 9am, and the receptionist said that someone would have phoned me to confirm the time. I insisted they hadn't, otherwise I would have been there on time. Finally she checked my account and said “oh, no one did, I'm sorry”. She told me to take a seat and she would see if they could fit me in. After a few minutes she said they would, although it would be a bit of a wait. I said that it was fine, I'd much prefer to get the scan if I could and I was happy to wait around (god bless my kindle).

After another few minutes, a nurse came out and told me that in fact it would be over an hour before I was seen. We agreed I would go have a coffee and come back (again, god bless my kindle).

I returned, I got the appointment over and done with, and left again.

I honestly don't think it's hard to do the whole admin thing, but then again I really don't know what they deal with on a day-to-day basis. All I know that it wasn't a big deal out of my day to wait around, so while it was a bit annoying it wasn't worthy of an ear bashing for the receptionist. I just made a mental note that next time I'll be more diligent in confirming date and time details every time they call, and what the appointment is specifically for.

In a few weeks I'll meet with the doc, where I will hopefully receive the good news that there's nothing to worry about. Then it's just a matter of booking in the following year's appointment, bidding the doc good day and leaving knowing that my body is still healthy.

Just a reminder for everyone though, please ensure that you take the time to do regular self checks. It only takes a few minutes, and it's important to be alerted to any changes as soon as possible. It doesn't matter what age you are, cancer doesn't care. It's a bitch of thing like that.

Your life is worth it.