I can’t believe how quickly the handover of the house has come up! Next week we get the keys and the renovation officially begins.

In the past few weeks it’s been a bit crazy! First up was an issue with Suncorp with the funds getting from one account to another. Thankfully that was sorted out after a day. Then we had to scramble to organise electricity so they could service the garage door. Finally we purchased the flooring, getting some from both the coast and Brisbane.

The shenanigans have begun.

I live in a blissful world of ignorance when it comes to finances. Mario takes care of all of it, and I have my pocket money. That way all I have to worry about is not spending my peanuts. Swapping to that method instantly helped last year, and in the space of 12 months we were able to save up a tremendous amount of money.

So when it came to the finances related to buying a house, I looked to Mario. He once again took charge.

When we met our mortgage broker, all the conversations were way above my head. I hate to say I’m that naive wife that has no idea, but honestly, I have no idea. This was me:

At the end they explained to me everything they had planned. It all sounded straight forward, so I smiled and signed away. I could understand the end result, but god help me if I’d had to be involved in the discussions.

We’ve already paid the deposit, and so Mario this week just needed to organise the remaining settlement. This is where it got complicated. There was money flying in all directions from multiple banks. Sometimes funds were getting processed and couldn’t be accessed, or something like that. All I know is that after 24 hours Mario was able to speak to a wonderful woman at Suncorp. She stayed on the phone with him until everything was in order. After 24 hours everything she promised had been done, and it was all over.

In the days following the initial purchase, Mario and I went window shopping at Bunnings. We wanted to dream and imagine what we could create.

The floors at the house right now are the first thing we are tackling. The house used to be a rental, and in an effort to stay up-to-date, had laid floating timber on top of tiles. Except the tiles were already on top of tiles. I call it our neopolitan floors. 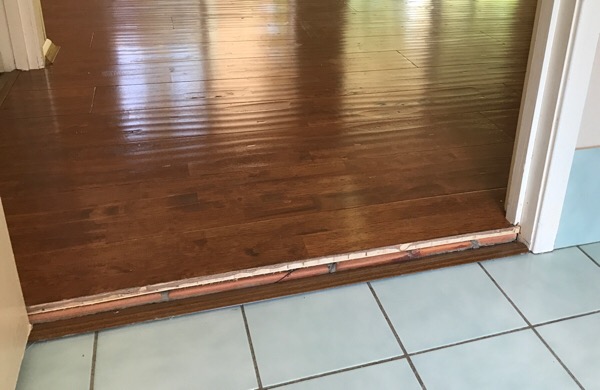 All of it gets ripped up first thing, right back to concrete. We will then lay down some new floating timber.

We had spotted one that we really liked, and after a few revisits decided it was definitely the one. Yesterday we visited Bunnings, and saw the pile had deteriorated. When we asked the lady about ordering more, we discovered it was a promo run and a once off! Gutted, we looked around at the others but none of them took our fancy.

Mario rung the Bunnings in Oxley, and was told they had “shitloads”. After confirming the exact number, the Italian mafia sprung into action. A quick call to Mario’s parents and they were on their way. They picked up 3/4 of the stock from Brisbane, and we collected what we could from the Sunshine Coast.

The plan is the first weekend we will rip up all the timber (Mario’s dad plans to use it somewhere). Then tradies will come and do all the tiles and work on the cement. The walls get fixed and painted, then new floors laid down. With a week the place will look completely different! 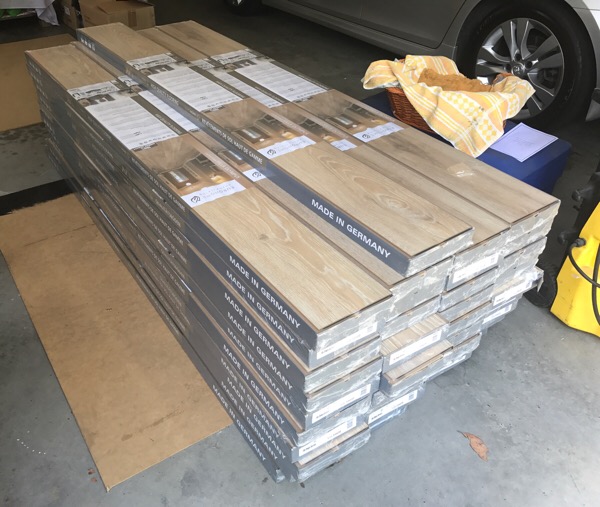 I plan on getting as much footage as I can – go pro time lapse tutorials anyone? And definitely before and after pics.

Only a few days left to go and the castle is ours – woohoo!