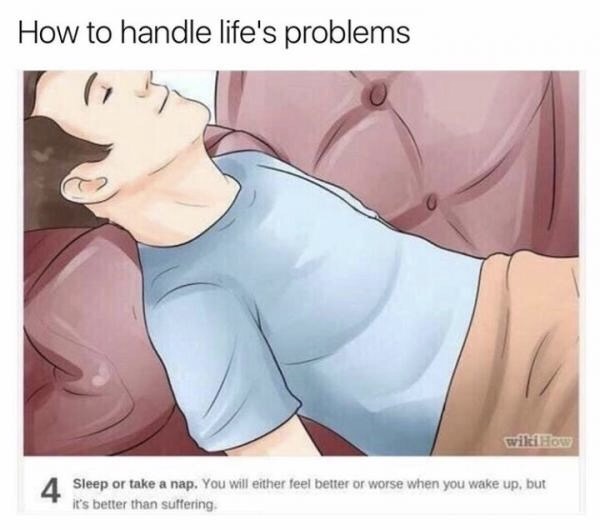 As I write this, I’m sitting on the floor with my legs out in front of me, typing on the laptop. My gut is sticking out at an impressive angle, having just hours before consumed excessive leftovers from dinner tonight. Butter chicken, one of my favourite meals. I ate way too much. Today I am a sloth with a big gut.

The heat is disgustingly hot

We’re in the midst of a second heat wave in just as many weeks. It’s one of those days where the minute you move, you’re sweating. Apparently there’s a storm on its way here though, or at least my text message from my insurance company warns. The rain will be a nice relief.

How we all feel in this heat on the #sunshinecoast right now. She’s inside under the fan, and will take her for a swim later today. #hot #melting

Update – in the time since writing this post, the storm has split up and is missing us. At least we have the cooler winds from it, and we scored a 2min shower.

This morning I didn’t want to run outside – I did that last weekend and I spent the rest of the day feeling so lethargic from dehydration. Instead I went to the gym with the hubby, and clocked up a nice 40min run on the treadmill.

I haven’t yet nailed MAF training on the treadmill

My last run on the treadmill I ran too fast and got a stitch, and guessed my heart rate. Today decided to ignore speed and distance, and look only at my heart rate. The stats nerd in me is not happy.

The problem is that with the app that I’m using on my Apple Watch to do MAF training can’t calculate my distance indoors – it relies on GPS only. My garmin  was much smarter than this. It was able to estimate it based on my stride length, and was usually pretty accurate! Last time I ran on the treadmill at the gym I used the Nike+ app which doesn’t have heart rate alerts. I got a stitch pretty quickly though, and part of me wondered if that was because of the speed. If Nike+ built in the heart rate alerts, I would be a loyal follower indeed! I’ve tried tweeting them to propose they include it in a future update.

Since my app wouldn’t be calculating it, I  had to rely on the treadmill for the distance. I was worried about overdoing it on the speed, so I ran at a pretty easy 7.0 for most of it. At times I bumped it up at times over the course of the 40mins. I thought I’d had a great run, but looking at the stats later it was a bit too easy. My average heart rate was 137bpm, and it’s meant to be 147bpm. Oops. Oh well, plenty of time to get that right. I’ll have to tighten up the target heart rate in my app so that it’s alerting me when it’s too low. Right now it’s set somewhere in the 120’s – way too low.

In the end I ran 5km in just over 40mins, which is ok given my heart rate was too low. Once I bump that up I should see a better time for sure! The most important number is my time for a 5km outside.

First book down for the year

One of my 52 in 52 goals is to read 5 books recommended by friends. The first one is down, and it was a great start to the year!

The story is about Katie Piper, who had corrosive acid thrown in her face by a man organised by her ex-boyfriend. I can’t even begin to imagine what that must have been like.

I heard a horrible screaming sound, like an animal being slaughtered … then I realised it was me.

How horrific! The book dealt with her recovery from the attack. Since then, Katie has gone on to lead a very inspiring life. Needless to say I’m now following her on instagram.

I had a couple of rest mornings this week, and instead spent the time sprawled on the couch reading this. It was a really enjoyable read, although it felt like it skimmed over a lot. I realised at the end though, it was because she sure had a lot to cover!