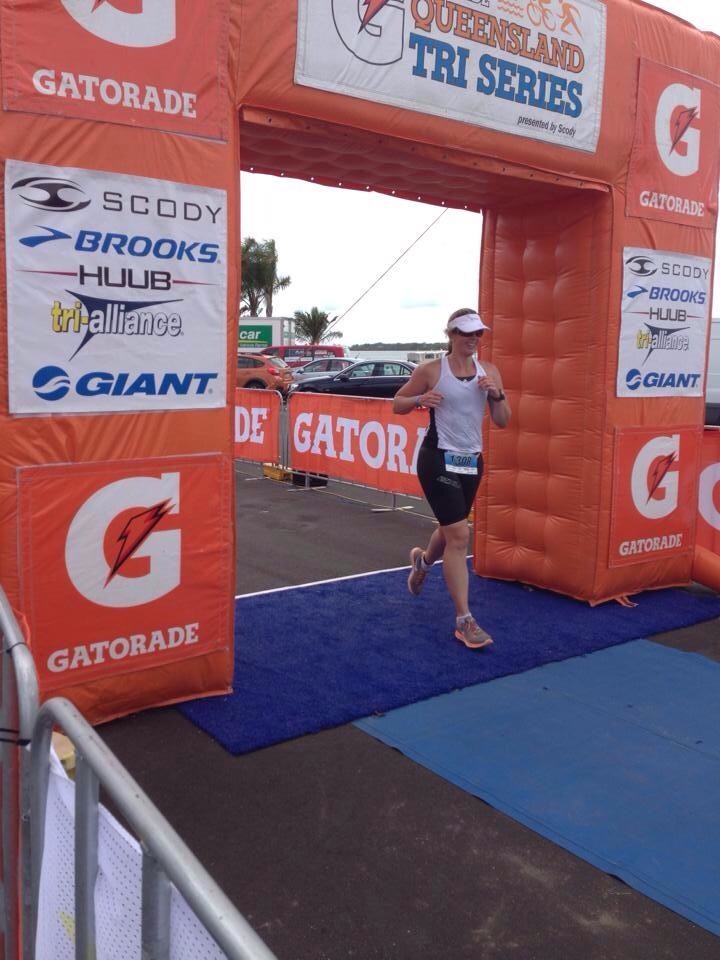 I have been exposed to triathlons from an early age. My dad was a big fan of them, and when I was about 12 I helped volunteer at the world famous Mooloolaba Triathlon. I stood proudly in my oversized volunteers shirt, and pointed the competitors towards the transition. After it was all over, I wandered around the transition in awe of all the chaos. Water bottles everywhere, scattered numbers, and the odd person here and there returning to pick up their gear. At the after party, an older girl (probably early 20's) asked me “when are you going to do one?” I said I didn't know, and she said “make sure you do, you have the build for it”.

Many years later in my mid 20's, I mentioned to a friend that I was interested. She agreed, and as chance would have it she knew someone that competed in triathlons that was also a personal trainer. We started training, and then it all fizzled out.

This year I decided it was the year. I had met Mario, who also competed in triathlons, and my fitness level was at an all time high. It was time to push. I contacted my friend again, she said she was keen, and before we had a chance to change our minds we paid for the entry fee.

I started going for longer bike rides, and swimming more frequently. I did more boot camp classes. I didn't run enough, which I would pay for later, but I was training. I was scared. I knew I could make the distances, but I didn't know how fast. I wanted to do well. Really well.

When the day arrived, I had managed to sleep relatively well the night before. We had been down and checked in early the day prior, leaving our bikes in the transition area. I had set up my shoes with the cool new spring laces, and also laid out my clothes in preparation.

I was as ready as I was ever going to be.

We got down there early and headed into transition to set up the rest of our equipment. Mario showed me the best way to lay everything out so that when I came running in I could dress myself super fast and get back out there. 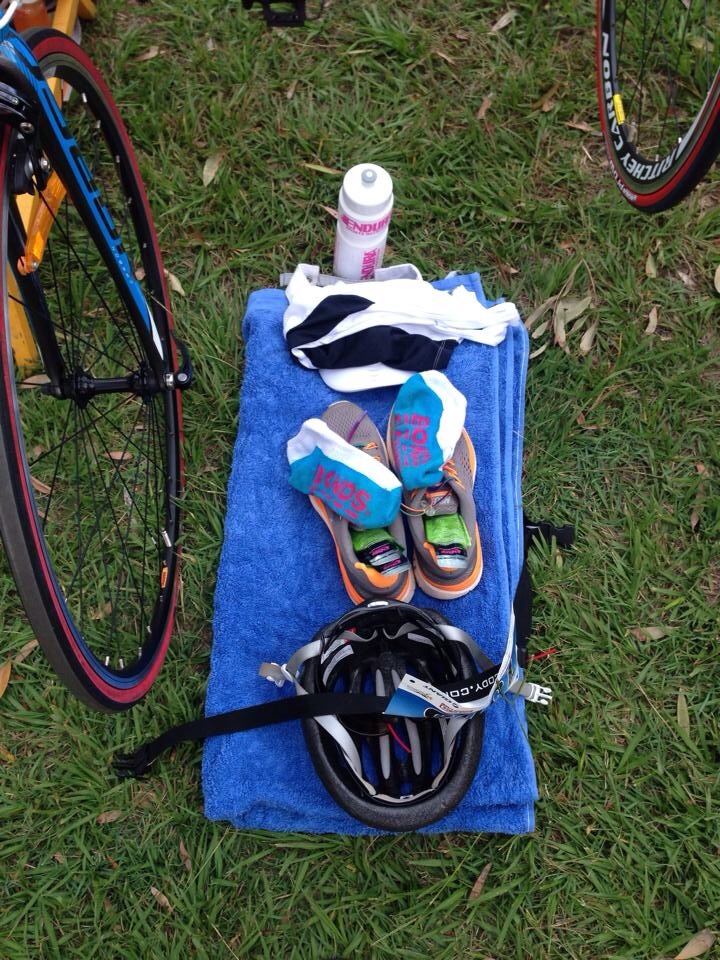 We had arrived just after 6 and our race wave didn't start until after 9, so we had plenty of time to kill. We watched the earlier competitors take off, caught up with a workmate and his wife, both also competing, and generally sat around being nervous. Finally it was time to go.

As luck would have it, a slight drizzle came down just as we were entering the water for the swim. It was so cold. I was nervous about swimming in the group as I'd heard stories of the kicking and pushing that went on, so ended up hanging out the back. It would be my undoing as it meant I struggled to find my way and kept swimming in the wrong direction (basically just veering off to the right all the time and constantly having to correct myself, adding about 300m to the swim leg). I also didn't get the benefit of the “pull” effect when swimming in the group, which is meant to make the swim section much easier. That combined with the fact we were swimming against the current meant the swim was tough. I ended up coming out of the water after 12mins for the 400m swim, certainly not my best time, although you can't really compare open water swimming with laps in a pool.

The transition was easier than I expected. I went in, strapped on my number belt (making sure the number was behind me for the bike leg), socks and shoes on, helmet on, sunnies on, and out I went. I think all-in-all I took about 2mins?

The bike leg I loved. All the cycling I've done with Mario really showed, as I overtook a lot of people easily. Mario had told me that when on my first lap I should see where my friend was at and make a mental note of the location. On the next leg, I needed to be further ahead. I didn't see her at all anywhere on the first lap and wondered if I was that far behind her. Then just as I came out for the start of the second leg I saw her opposite me, coming around the bend and preparing to finish the first lap. I was in front. I pushed harder, and on the second lap had gained considerably. I started to think that I should just cruise for a bit, save my legs for the run. I took the time to drink my water (with magnesium in it) and rested. Stupid idea, because it meant the lactic acid had a chance to pool in my legs. When I jumped off the bike to run into transition for the run leg I had legs of pure dead weight. Not good. 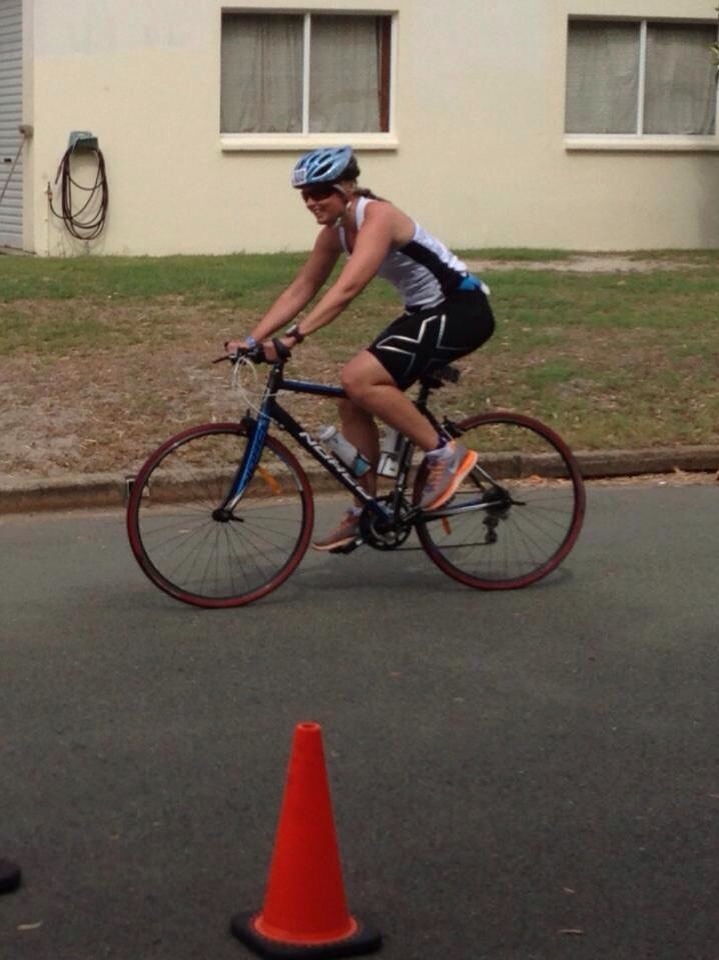 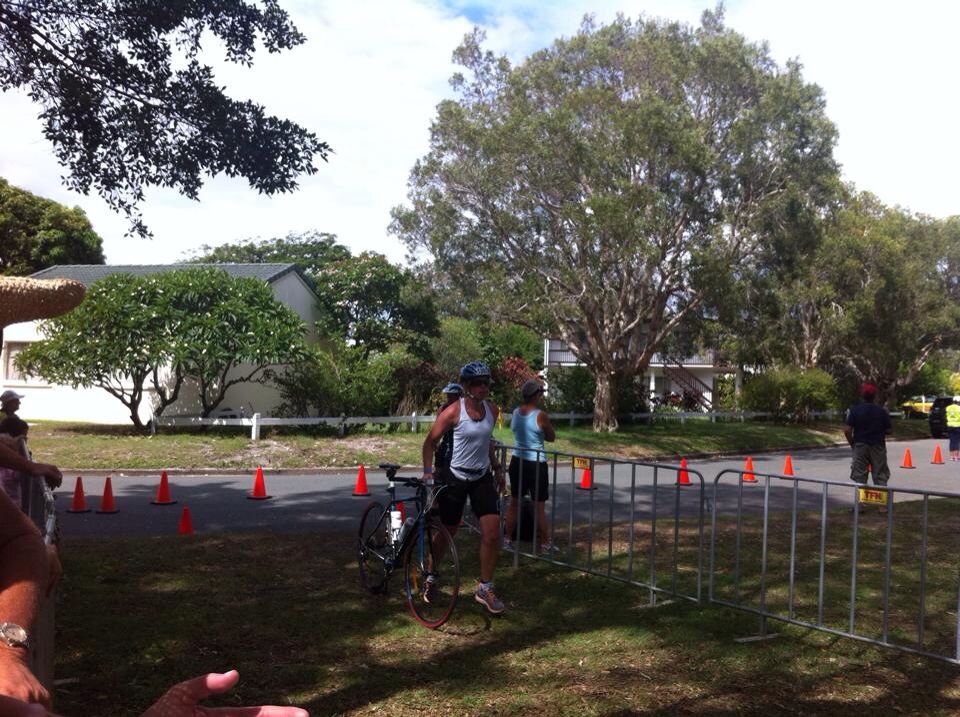 The run leg was pure torture. I struggled in a huge way, and my lack of run training really stood out as I kept having to stop and walk regularly. Cardio wise my breathing was perfect and I didn't have any stitches, my body just simply couldn't cope with the lactic acid and I couldn't move my legs properly. Walking off and on allowed me to just build up some strength to lift and push again, but I still couldn't find a rhythm. After the race when I looked back at my pace for my run, I was actually pretty damn proud. 4 months earlier I was averaging 7.5min/km, and during the triathlon after already swimming and cycling I was averaging 6.5min/kms, and that was with walking. So while I really struggled during the race and was disappointed, later I held my head high.

I had kept looking behind me expecting my friend to come up on me at any moment. I had seen her once earlier on the run leg, and she looked like she was feeling the same level of pain as I was.

When I got to the point that I knew the finish line was only behind the other side of a building, I stopped and walked again. I knew that at the finish line I had two of my friends, my mother and aunty, and Mario. I wanted to be happy and enjoy the moment, not just feel like I was going to fall over. Biggest cop out ever, but it meant that when I was coming down to the finish line they got photos of me smiling, looking like I was enjoying it (I was actually just ecstatic it was over). Their cheering had spurred me on so much during the race, it was so amazing to have support there for me (and I thanked them all for it later). I was thrilled that Mario was still in the finish area waiting for me, and the look on his face just made me melt. He was so proud of me. I was so proud of myself. I was thrilled my mother was there to see me complete what was my hardest physical challenge to date. I couldn't have hoped for a better ending to the race.

My friend came in a few minutes behind, and we all celebrated immensely. Her mother was there as well, and it was evident that she was over the moon for her daughter too. 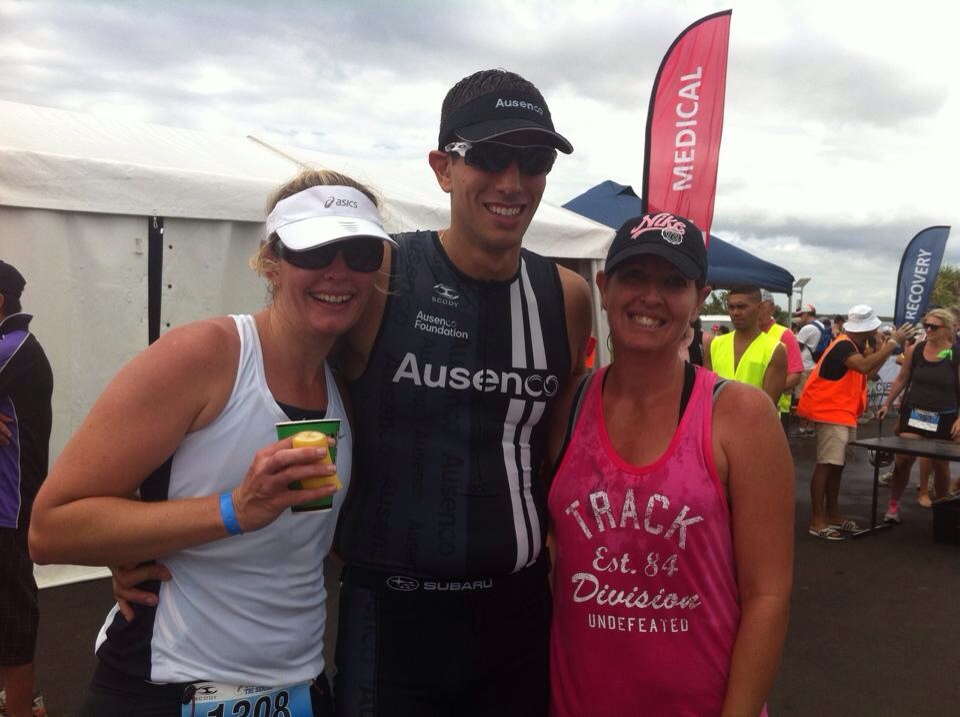 You would think that after that I would simply cross it off the list and be done with triathlons. Not so, because I've signed up for another, and I'm surprised by how excited I am (although I do joke a lot about just how much work is involved). In November I'll be competing in a full distance triathlon, the difference being:

You can see my work is cut out for me. I have a long winter training schedule ahead.