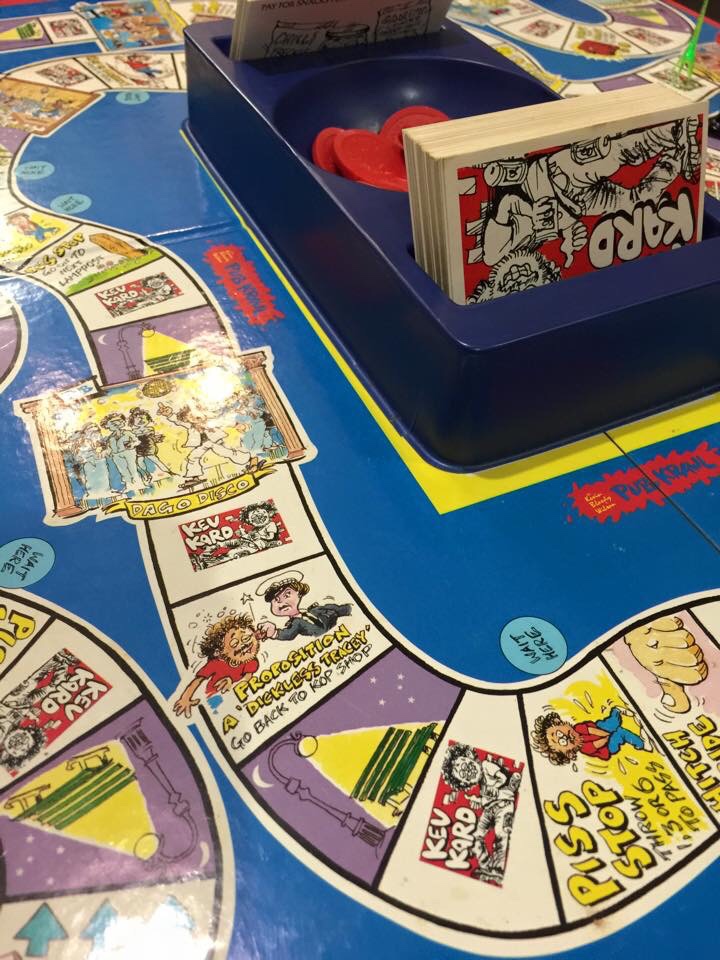 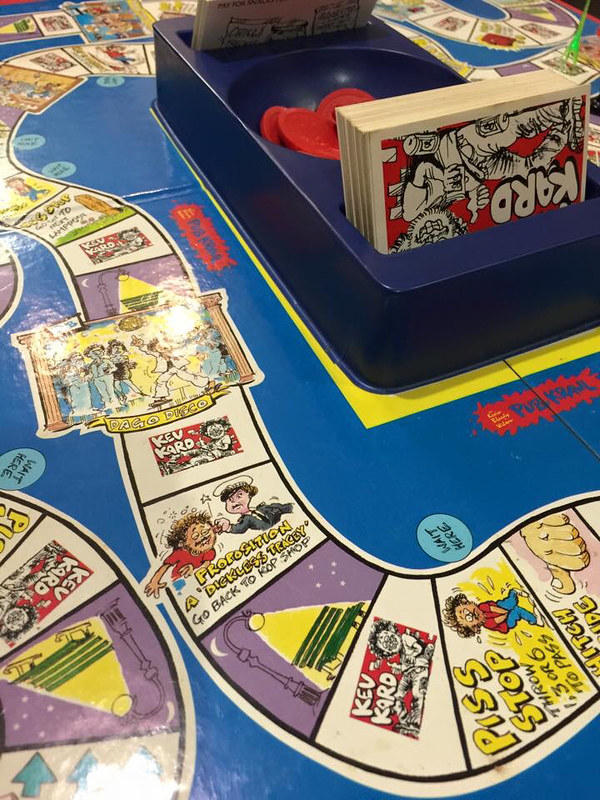 This item was one of my most looked forward to items – I love board games, and I love classic board games at that. I'm actually thinking that this should become a recurring event, it was just that good.

As a child, I would sit in my room reading through all of the Trivial Pursuit cards trying to memorise the answers (I can honestly say knowing this information has not helped later in life). One of my favourite games we owned was a Teenage Mutant Ninja Turtles game; which upon googling it I'm stoked to see it's still on eBay! If I didn't have a budget to worry about I'd totally be buying it.

I've also owned some games with choice titles as well; like the game “Smart Ass”, which is still widely available and a super fun game (I still have it in the cupboard). If anyone else owned the video-accompanied game called “Rap Rat”, then I think that you and I are quite possibly the coolest people on earth (also available on eBay – this is now making me want to organise a vintage board game night). The game was great, you had to try and collect pieces of your coloured puzzle and put it together before any one was able to complete theirs. In the meantime a video played where cheese would slowly disappear (your game timer), and a rat would randomly appear with instructions like miss a turn, or do a dance etc.

My friends Bel and Kat had been awesome to gift me with two games, being the Kevin Bloody Wilson and the Twilight games. They had been out in the morning together, and saw a garage sale. When stopping in they saw the games and just couldn't go past them, so they picked them up for me – what champions! While not strictly op shop board games they were second hand, and we had other games to make up for it anyway. Tina and Lea, also champions (how cool are my friends), had also picked up Mad Gab from a shop, which means combined with my couple we had quite the selection!

The games on offer this evening:

We started off with the Kevin Bloody Wilson Pub Krawl first, and it was hilarious. It's as rude and crude as the comedian himself, and had us all laughing. At one point Lea had drawn a card that made her blush, and upon revealing it the instructions were that she had to fake an orgasm in front of us, or sacrifice a coin! She was running low on her KBW coins, but was flat out refusing to do it (I don't blame her). Bel took it on instead to award Lea the coin anyway, and the rest of us laughed hysterically. I would have loved to know what Mario was thinking – he'd earlier taken refuge upstairs to get away from us all. 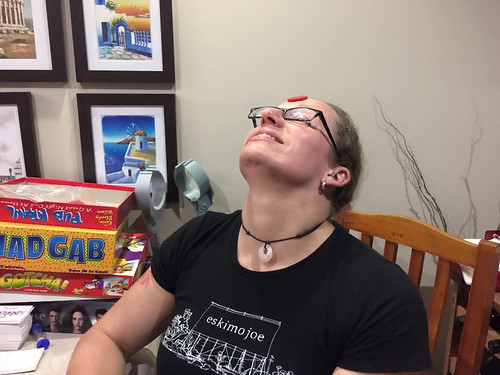 Bel following the instructions on one of the cards

Next up was Mad Gab, which turned out to be way more fun than we expected. In a 5 second round up, you have a sentence you read aloud and you have to try and guess the words you sound like you're saying. The thing is that to everyone else listening it's clear as day what you're saying, but you can't hear it. For example, saying “age ants oval I've dime” sounds like utter gibberish, but if you say it aloud you can actually hear “a chance of a lifetime”.

I laughed pretty hard during this game, watching all of us get confused and frustrated by what we were saying. I'm tempted to keep this one. 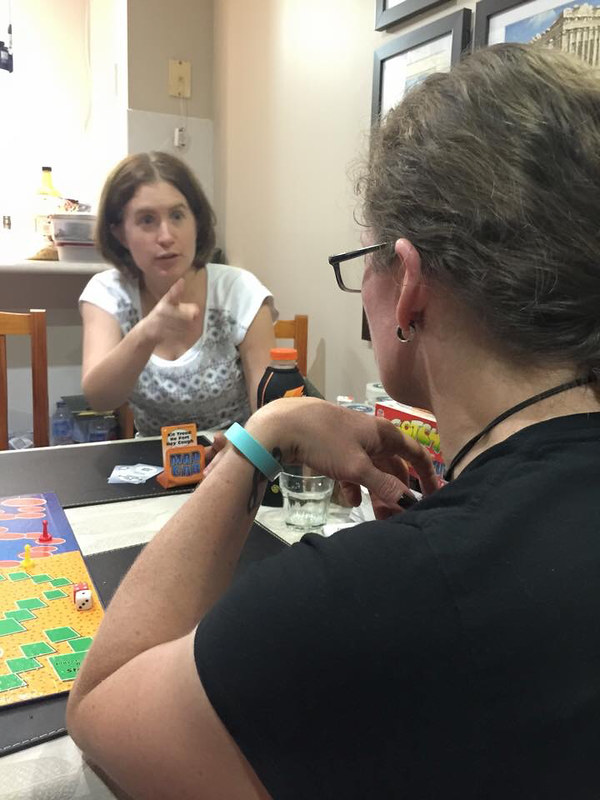 Kat trying to help Bel work out a word

Finally we rounded up with a bit of charades, before we finally decided to call it a night.

I had loads of fun, and I'm honoured to have such awesome friends. Cheers guys for helping me complete yet another 52 in 52! Now to return the games to the op shops for some other lucky person to enjoy.

So, anyone keen for a vintage board game night? What games would you recommend?