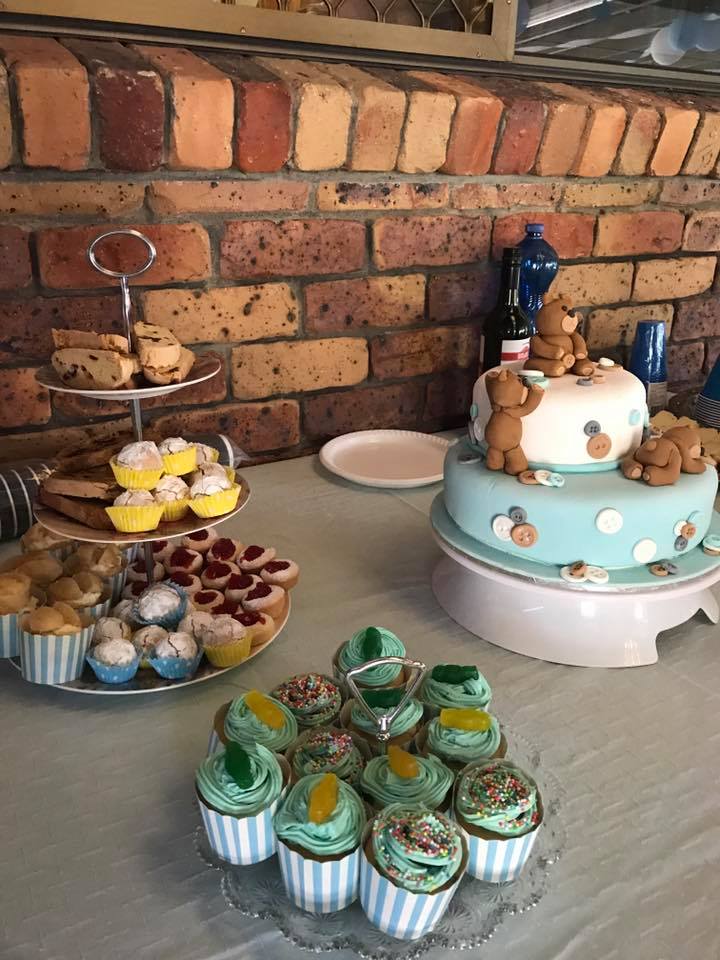 I need a weekend to recover from my weekend! It was a very baby-filled weekend, surrounded by amazing friends and family. Friday and Saturday nights were both average sleeps, but thankfully last night I passed out pretty solidly. As I write this on Monday morning, I’m feeling pretty good again.

Recap of my baby shower

I’m kicking myself for not taking any photos, but I blame that on just enjoying myself instead. I’ve stolen some from the hubby and a friend to show you just how amazing it was.

My amazing family organised a baby shower for me, in which our baby boy and I were completely spoiled. There was so much food, and we were gifted so many presents!

The morning started with my mother-in-law (MIL) and I putting up all the decorations outside. She had spent the morning blowing up balloons, while I tried to sleep in, so by the time I woke up all the hard lung work was done. We hung streamers, some paper balls, and a few banners around. There was a table decorated for the food, and another for the presents. The outdoor patio had been transformed into a sea of blue and white – no mistaking gender here!

I was super grateful that she did all the climbing up and down to hang things; there was no chance I was going to be able to do that!

Soon after my family arrived, and they quickly took over the kitchen. Given my MIL is of Italian heritage, that was an impressive feat! They coordinated all the savories, making a mixture of:

The dishes came out as friends and more family arrived and made themselves comfortable.

Hopefully everyone noticed just how strategic we had been with the cutting of the sandwiches – there was a lot of discussion about how they should be sliced!

I wasn’t a big fan of having games that are in-your-face baby related. For other people’s showers they’re totally fine, but for me it just didn’t feel right. Thus we instead combined my love of music with the baby theme, and played music trivia.

The evening before I had put together 20 songs that had any of the following in the titles:

Everyone was split into tables, and they had to try and guess the song for 1 point, and a bonus half point if they could guess the artist.

It seemed like everyone enjoyed it, and we gave out prizes to each table for nominating who answered the most correctly. The table that won overall scored another two prizes – all of it being boxes of Lindt chocolate balls.

My family has a tradition of playing trivia every Christmas so it was a lot of fun, and something new for Mario’s side of the family. We did have a few jokes about the use of shazam, but honestly no one cared. In true form my family lodged a protest about the points and wanted a recount, but quickly stepped down after adding up the points themselves. It wouldn’t be a family event if there wasn’t some sort of protest about the results though! It’s tradition!

To start with, look at the amazing cake the hubby made in his spare time:

A post shared by Andrew Sofia (@andrew_m_sofia) on Sep 2, 2017 at 2:25am PDTIt was absolutely stunning, and definitely a crowd pleaser. It also tasted pretty good 🙂

As for the rest of the desserts – there was again so much! My MIL had prepared: 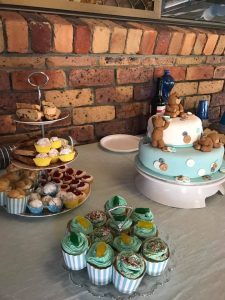 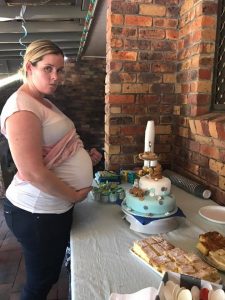 As you can see I still haven’t developed my finesse for photos. I need to learn how to actually pose, and not be silly in them!

We all ate, and grumbled about how full we were. The food was so good. I’m secretly glad we couldn’t all finish it, as it means I have some leftovers here at home today *grin*

I just want to get this out of the way regarding presents – I’m completely uncomfortable with the expectation that people have to buy us presents. I’ve been told to embrace it though, so I am. That’s also not to mean that I’m ungrateful – I’m completely blown away and appreciate it all! I just don’t like this feeling that people have to buy us things – what if we’re assholes and don’t deserve it? What if people can’t afford it? What if all we ask for is just to spend time with the amazing people in our lives?

That said, I want to say thank you, thank you, thank you, to everyone who came. That was the biggest gift of all. I got to see family and friends that I haven’t had time to catch up with in a long time. I actually made a point of sitting down and hanging out with people. I also made a point of sitting back in a corner for 15mins and just watching the moment with my dog – being centre of attention isn’t something that sits well with me either so it was nice to escape it for a bit.

I tried to say a few words to everyone to thank them for coming, and all I did was cry. Sorry to everyone that I’m so terrible at speeches. If I was complaining about something I wouldn’t have faltered, but positive and nice things? Nope, I’ll cry every time, guaranteed. It’s why I wrote my bridal party letters to thank them – I couldn’t even say thanks the night before without the floodgates opening!

Thank you to everyone that gave us gifts. We ran out of time so didn’t open them in front of everyone (probably a good thing, all I would have done is cried and there was so much we would have been there for another hour). I’m going to be reaching out to all of you individually to say thank you as well, so you should hear from me soon. We were given so many amazing things, our little man is so spoiled already and he’s still baking away! He’s been kicking a lot since, maybe he’s just excited to get out and start playing with his toys, in his awesome little outfits?

Also a huge thank you to those that weren’t able to make it but were thinking of us, thank you!! I really appreciated the messages and well wishes just as much!

So thank you again to everyone; I love you all and really appreciate you making the time to come and visit us. We are very blessed. It won’t be long before the little man makes his appearance and we get to share him with you!