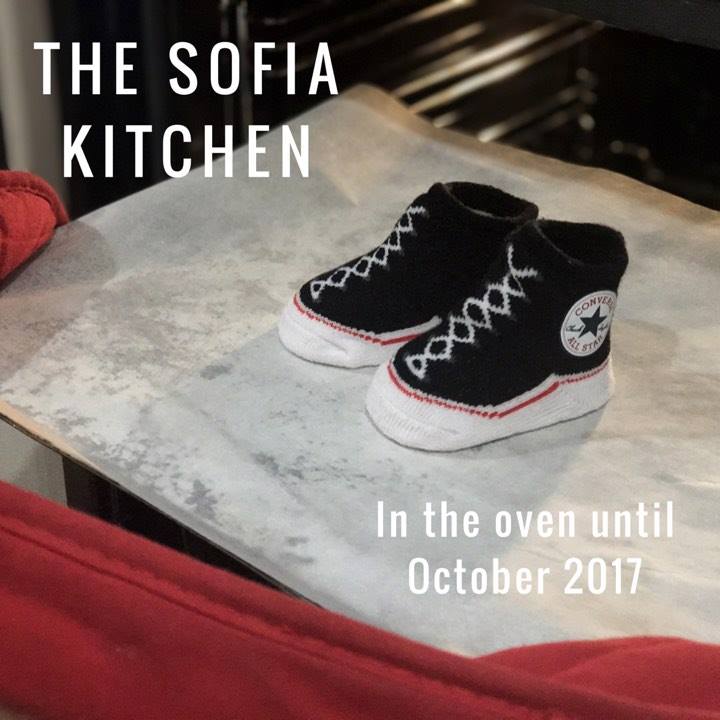 This week we FINALLY announced – hooray!

I can’t tell you how much of a relief it was, even though there were more and more people finding out all the time. I was just over having to hide it really; it felt like this huge pressure hanging over me that probably made me feel a bit more cranky than usual. But first, the scan.

We had wanted to wait until we found out the results of the Nuchal Translucency (NT) Scan before we made the formal announcement, just in case anything went wrong and we had to abort. In a nutshell, the test looks for chromosomal abnormalities, Down Syndrome being one of them.

The plan was that if that came back with a moderate risk, then we would do the next test, the NIPT test (it has a higher accuracy rate than the NT scan). If that still came back with a high risk, we would then consider doing the amniocentesis scan. This one is where they actual syringe out some of the amniotic fluid and test that. It has a risk of miscarriage, so as our OB explained, he only encouraged it where the risk of miscarriage was equal to the risk of an abnormality, and the couple wanted to be sure. That would have given us the absolute information of whether the baby was going to have severe issues (i.e. only last a few weeks after birth) or have DS.

Luckily for us, after the NT scan we were told we were at a low risk (1 in 2050), so we determined we didn’t need to go any further. It did mean that we didn’t get to find out the gender just yet, one of the other benefits of the NIPT scan. Not to worry – we’ll find that out a little bit later in the show. Knowing that we were low risk was great though – it meant all systems were go.

Before we met our OB, we’d heard a lot of positive things about him, and one review that wasn’t a fan. One of our friends is a theatre nurse, who had actually been in several deliveries with him, and she couldn’t praise him  enough. We decided that we wanted to meet with him first, and if we didn’t gel, then we would look at other options.

As it was, we all got along great. I felt comfortable in his presence, we all had a joke around, and when it came time to Mario grilling him about the not-so-pleasant stuff, he was patient.  When it comes to Mario’s questions, you have to be patient! We decided he was the doc for us.

The midwife gave us a full plan of what we needed to do going forward, and a huge folder of information. We had some homework to do! He also asked if we wanted to take another peek at the baby, and if possible, hear the heart beat.

Hell yes we did!

It was amazing. Mario got quite emotional, and for once, I didn’t swear. I just sat there with a big dopey grin on my face; I had finally, finally, reached the stage where I was connecting with my baby. That sound was my child!

First things first, there were a few family members we still wanted to break the news to personally. When it came to Mario’s extended family, the Italian grapevine would do its job for us and the news would be out within minutes. We just needed that one person to start the spread.

So we rung Nonna.

Her joy was fantastic; she was so thrilled! Watching Mario break the news to such an important person in his life was just beautiful to watch – he couldn’t have been more proud. The next morning the congratulations flowed in by text – Nonna had been on the phone to the family. So predictable, and yet so funny.

We spent the rest of that evening setting up and taking our announcement photo with the converse and the oven. It was an idea that we had that we thought perfectly represented the two of us, and the feedback we had was all positive.

The following day, once we were ready to put it out there, we first notified our work colleagues.

I sent an email around with the picture and the subject line of “If you think Kel’s been getting a gut….” with the body content of “there’s a reason for it” with the image. I don’t know how to say things seriously *grin*. In comparison Mario made some cookies for his work, left them in the kitchen with the picture and a message saying “i have a lot of baking practise to do”.

Then we unleashed the information on Facebook and my blog. The response was immediate, and the congratulations flowed in. There were a few comments of “I knew it!”, which surprised me since I thought I had been doing so well not complaining online of how I’d been feeling! Some people I pointed out I had looked tired in photos from December, and I hadn’t even been pregnant then! Ouch! *grin*

How everything else is going

In my mind I had this belief that once I hit week 12 that everything would be better and the first trimester issues would go away. In reality that hasn’t happened – I’m still tired and nauseous.

I’ve still got smells and foods making me sick, but more on that later. I think this is enough spam for this week’s recap!