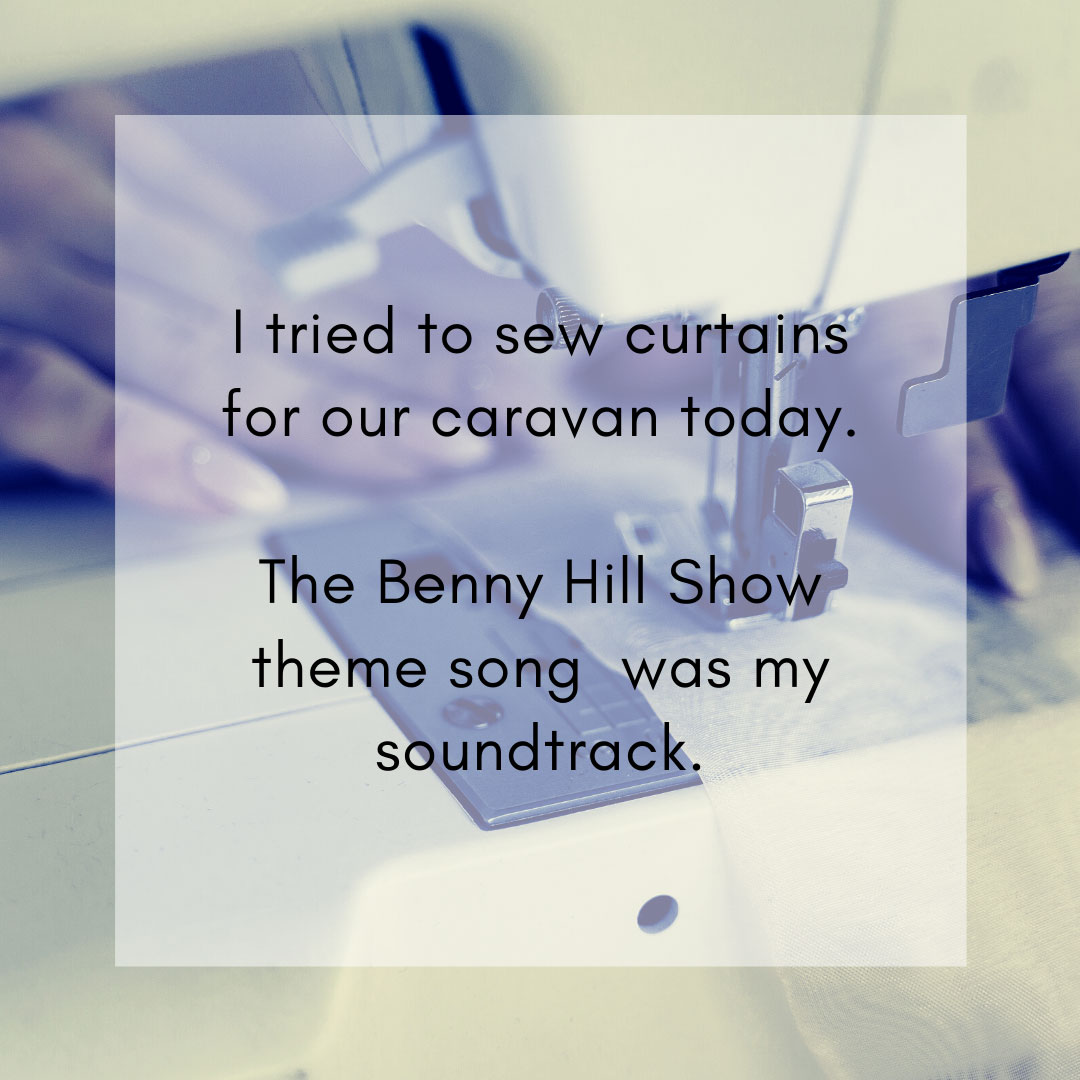 If drunk sewing was a thing I’d be a world champion.

Actually, maybe not. Because if I’d had wine tonight then I’d probably have sewn my finger to something. Or maybe I’d have been more chill and I would have gotten my project done faster. Hmm…but I’m not all that keen to find out which scenario is more likely to be true.

But basically my straight lines are like someone closed their eyes and hoped for the best. They’re not great.

We bought a caravan recently and I want to slowly redo the interior. The curtains we inherited aren’t so bad, they’re just pretty dusty and old. The lace underneath however was pretty disgusting. Think old, brown (meant to be white) lace that looks more suited to being an ugly doily than anything to be hung in line-of-sight.

I’ve been trying to get better at sewing and have been making masks for some friends of mine. Again, my drunken-esque sewing skills were on display with some suspicious lines that look like my finger might have gotten in the way. I’ve been scared to post them down to my friends but I think I need to suck it up and hand it over. It’s the thought that counts right? If they NEVER use them I don’t mind. Health is way more important than loyalty.

Back to the story.

“I could just cut them to size, sew some seams and BOOYAH! We’ll have added $10,000 in value to the van instantly”.

That’s likely not the conversation we had, but I’m sure I was just as convincing. $40 later (well, actually a lot more because who ever goes to ikea and comes out with only the items they intended on buying) we had two sets of Hilja sheer curtains ready for hacking.

It took four hours to make one curtain

So…long story short I now feel a heck of a lot more confident that I didn’t royally screw it up. In fact, once I thought about it properly I did a pretty good job. There’s some areas for improvement that will make my life a lot easier, so I’ll do that next time e.g. ironing the seams flat before pinning & sewing.

I’m hoping it won’t take me 4 hours for each curtain. But I’ve got all the diagrams and excel spreadsheets to figure out the remaining measurements I need now.

AND I’ve been given a great tip about using our flooring for straight lines – genius!

But for now? Wine.

I’ve also got a newfound appreciation for women who sew. I’m pretty sure they’re all bad asses.