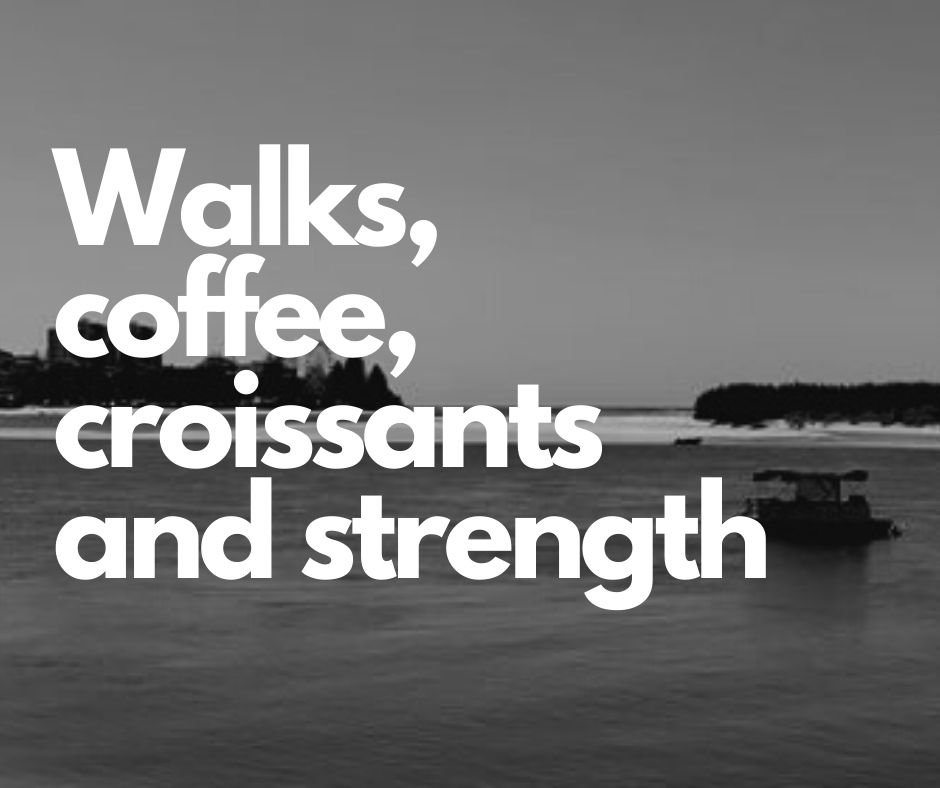 Yesterday I had such a great day! Even though it was interspersed with work still (I’m so close to having the next project go live) I managed to get out and do some fun stuff!

First up in the morning I headed down for a walk and a coffee with a friend. Another friend and her husband were opening a new bakery and I wanted to go show some support. I’d been lusting after his baking on facebook for a while and I was so excited to take a look!

The walk was great! We followed a pathway having absolutely no idea where we were going, since neither of us ever get down that way. We ended up walking along the water and coming across the back of the Caloundra Big 4 camping ground. There was a huge jumping pillow for the kids, and for the parents, a cute coffee caravan and places to sit. It looked amazing and needless to say is on the list of places to go this summer with friends. They have cabins there, so it’s going to be great for those friends and family that either aren’t keen on the “camping” bit or have injuries that require a proper bed. Obviously because of the kids I couldn’t take a photo to share, so here’s a pic of the water instead 🙂

After our walk we headed to my friend’s bakery, The Pastry Lab. Unfortunately having just started 75 Hard’ish I didn’t want to break on day 2, so I just had a coffee while my friend tried out the Almond Croissant. I did end up buying more croissants to take back to my sister, sister-in-law, husband and son. The coffee was amazing and from everyone’s testimonies the croissants were really good. My sister even declared them to be the best she’s ever had (and made a point to say that she’s even been to France). So I guess on day 76 I’ll be heading straight back to try it out!

Other than that the rest of the day was spent chilling at home either working, singing along to the Hamilton soundtrack (making my friend watch it again while I worked on the laptop on the couch) or hanging with my family. Luca and my hubby had gone to a camping show in the early afternoon, and from what I hear Luca spent the entire time running away so he was super exhausted in the afternoon. My poor husband, I don’t think he got a chance to look at much!

I’m super proud that I managed to get all my challenges ticked off, even if it meant listening to an audiobook at 8pm at night from the treadmill so I could finish the last two items on the list. I’m proud for making the time to do them (when I could have easily have gone to bed), and even prouder for staying strong diet-wise. For months I’ve been caving in and eating badly so it’s nice to see a mindset shift.