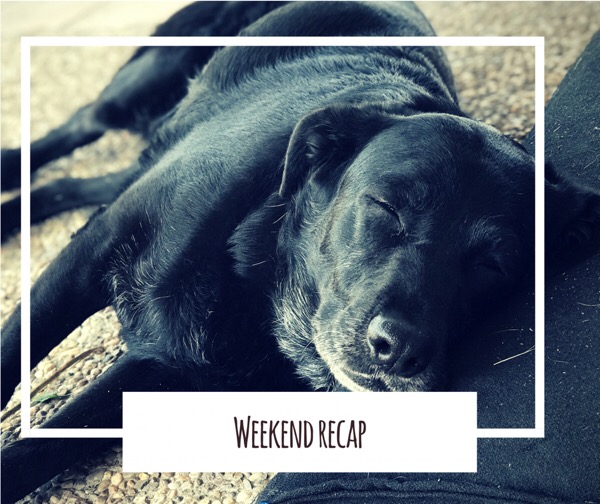 I’ve blinked and we’re already at Monday morning! This Monday is a bit special though, it’s my last week of work until May! Yep, maternity leave kicks off at the end of this week. I’m planning on having an alcohol-free wine with the mister outside Friday night just to toast the transition. I can’t believe it’s here already.

Even though the weekend went way too fast, I had a great time. It had a little bit of everything:

Both Saturday and Sunday Mario spent more time out in the garden. He put mulch on top of the retaining wall, and moved the lighter pots onto the top of it. We still have some huge terracotta pots that require at least 2 people to move, but we’re not sure where we want to put them yet.

Here’s how the wall is looking in the meantime. 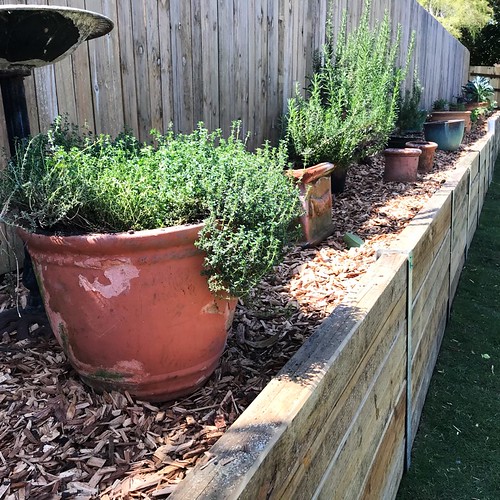 Mario is now at the point where he’s now looking for his next project to begin. He may have his hands full shortly with the birth of our child imminent, so hopefully he decides to just rest instead. Yeah right – and pigs will fly.

Date with the husband

Every month Mario and I try to have a date on the 4th of the month. It’s the same date as our wedding, and just a nice way to make sure we make time for ourselves. Obviously when a child comes we’ll have to modify what we do, but we still plan on keeping the tradition going.

This month on the 4th I had been in Brisbane with a friend (seeing My Favourite Murder), so we decided to postpone it. Whether it was baby brain, or accurate recollection, I couldn’t recall having done anything this month yet. Having a spare weekend and not wanting to let it slip for a month, we decided to put some time aside on Saturday just for us.

It started with lunch at one of our favourite places to eat, Cherry Blossom at Sunshine Plaza, Maroochydore. 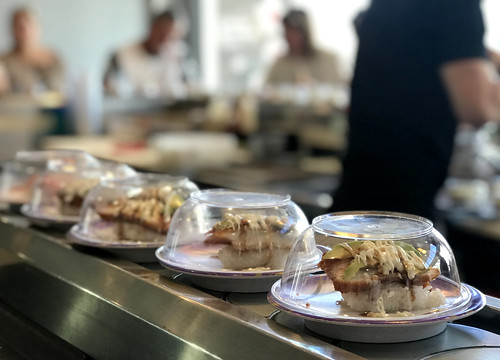 We had a couple of plates there along with some edamame and chicken karage. Mario also had some octopus balls too – ick! The food was as good as ever though, and I left incredibly satisfied.

Following that, we headed off to the movies to see “Kingsmen: The Golden Circle“.  I had loved the first one, but hadn’t read any reviews of this one. Mario had heard mixed responses, so he wasn’t sure how it would go. End result: we loved it! There was a lot of laughs, and the cast was amazing. Julianne Moore is so effective as a villain. Spoiler alert: Elton John was one of the highlights.

I finally packed my bag for the hospital this weekend! When I was choosing my tops, I had started thinking about the functionality behind them. What I realised is that unless I was willing to pull my tops up or down, then I had a big problem. I had only one top that was appropriate for nursing, and it was a long sleeved one at that. It was a nursing top my mum had bought for me.

Then I had another realisation. My wardrobe is now going to revolve around how easy it is to get a boob out. Oh how times have changed.

You could insert some joke here about early 20’s and ease-of-access for different purposes, but I’m a classy girl and won’t make that joke. Get your mind out of the gutter.

It was clear that I had to go shopping again. While we were out for our date, Mario kindly agreed to go shopping with me so we could pick up some new tops. $130 later, we had the following: 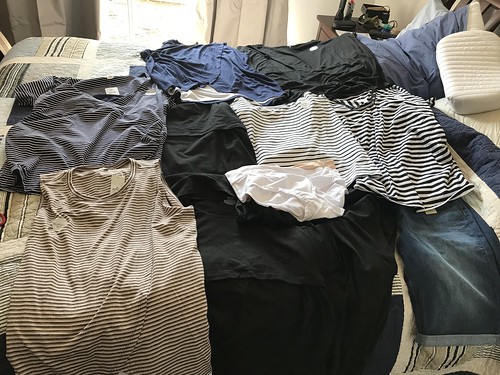 I promise I’ll work on my presentation efforts the next time I try to take photos.

After our efforts, I now have:

Until I lose some weight from my thighs I’m going to struggle with shorts for the summer period. I won’t be surprised if there’s still one more shop required before I have everything I need for the near future.

Other than that, I spent a lot of time on the couch on the weekend. Sunday I felt extremely drained and lethargic, so binge watched a bit of netflix. It was extremely hot as well, so I had caved and put on the air conditioning Sunday afternoon. Even my dog was feeling the heat. We had put her little pool together for her, and after she took a quick dip to wet her paws, she promptly passed out on her bed for a snooze. I caught a gorgeous photo of her, which you can see her in the featured image for the post.

Thankfully today I’m feeling a bit better although I do have the remains of a headache from yesterday. I caved and took some panadol this morning, which has taken the edge off it so I can function now. With one week left of work, I still have a lot to do!

I hope everyone had a great weekend as well! Not long and it will be Friday again!