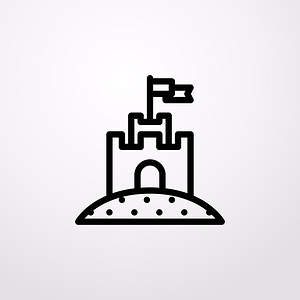 We bought a house!!

And when we bought it, I hadn’t even seen it! But I’ll explain that shortly.

We knew we wanted to start looking after we got married last year, so we started hunting around once we got back from our honeymoon. I haven’t ever bought a property before (where we live right now Mario bought when he was in his mid-20’s), so this was all new to me. I’m a housemate by trade. So when we decided we wanted to start looking around, I hit the websites surfing around, and was quickly swept up in some dream houses before realising there’s such a thing called budget.

I found that where we live right now, that Mario and I had a mould that was hard to fit. Everything was either so small that if you farted the neighbour would hear, or oddly shaped with weird features, like one memorable house, where lawn gnomes went to die. Or there was just no chance we could afford them, even if we decided to sell our current location instead of keeping it as an investment. All of the ones that suited and that we loved were snapped up in a heartbeat, so by the time we attended the open house we were met with “sorry, this one is already under offer/contract”.

We learned the game quickly – as soon as you see a picture of a house you like, phone up the real estate agent and organise a viewing immediately. Which is how it came about that we bought a house I hadn’t seen. Here’s the rundown, play-by-play.

Of course, this has just given me enough material for the next 12 months at least. The before and after pictures, the dreams of styled rooms, the rundown of arguments. Even the recaps of where Mario realises he’s wrong and Kel’s right – it’s just blogging GOLD!

We get the keys in another few weeks. Once we’ve got access we’re pulling up floors, redoing walls and a bit of work outside. After that we’ll think about moving in. For anyone who was cluey, you may have seen my subtle hint in my 52 in 52 list. Did you see the house category? Sneaky sneaky! I plan on getting in and learning quite a lot, and where possible, use a sledge hammer as much as I can.

So for now we twiddle our thumbs and dream. First thing I’m doing is going shopping for my own little tiara, because I’m the queen of the castle dammit!

Oh, and apparently I’m now in debt up to my eyeballs.

Totally worth it. I’ll have a tiara to show for that debt.

2 thoughts on “Queen of my own new castle”