We rose early, as our body clocks had kicked in. Typically we get up around 5am back at home, and it was no different here. We chilled out for a bit, as I explained to Mario that when I travelled to Bali the previous year I made the mistake of thinking that everyone else would be awake early. Not the case, and I ended up wandering the streets for 2 hours before I found anywhere that was open.

Once it got to about 7am and the sun was well and truly up, we thought that was late enough. We got dressed, put our walking shoes on, and headed out the door. 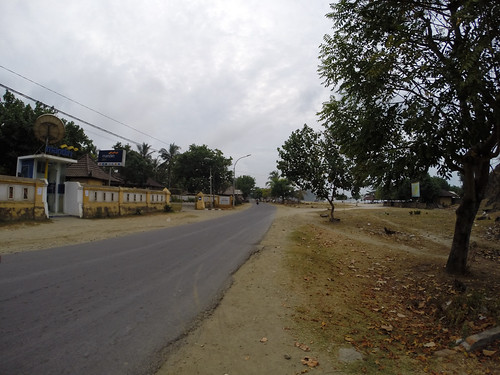 It was an overcast day, so everything looked a little dull. It was still a really lovely temperature though, and I relished the warmth compared to the winter we had just left behind back in Australia.

We walked down the “main road” by the beach, which resembled a back road of a hinterland town in Australia. There was enough asphalt for one car to drive on there comfortably, but with enough dirt on either side that two cars could pass each other side-by-side if needed. The most popular form of transport, scooters, had no problems at all.

We found that along the main road there weren’t really many shops. There was some other accommodation spots overlooking the beach, including what we would later discover to be where most of our friends were staying, Sekar Kuning Yellow Flower. There were a few restaurant style places, but other than that not much else. Days later the locals would explain to us that there used to be cafes lining the beach, but due to the pollution and various other reasons, the government forced them to pull them all down. It was a shame, as one of our friends told us that it was so great when they had them there the year earlier, and had a great vibe. 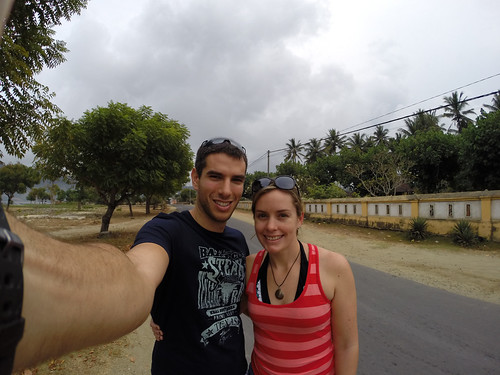 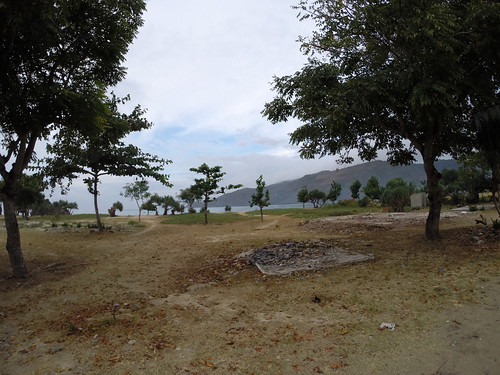 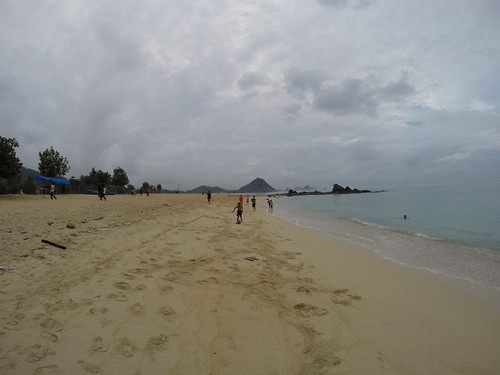 After we had explored for a bit, we headed back to the hotel. We had breakfast included with our room, which was amazing when you factor in that we were paying only $45 a night. The food was pretty good too, with three different options for “free” meals, and half price if you wanted any of the other meals. We both had some scrambled eggs with toast, and then set our sights on what we needed to accomplish that day.

First things first, we wanted to organise ourselves with some transport. We had already decided we were going to hire scooters, but for how long we had no idea. In the end we opted to hire them for 5 days to start with, and extend the hire if we found that we were using them a fair bit. I was nervous as I had never driven a scooter before, and my sister had been the unfortunate victim in a scooter accident back in Brisbane in previous years. Another friend had also been involved in a motorcycle accident, so straight up I knew I was going to be demanding a helmet, and was going to be bloody careful! We had organised International Driver’s Licenses back in Australia, and in spite of the warnings of police corruption and bribes, we felt like we would be safe should we be pulled over for any reason.

The hotel was able to organise our scooters with a local travel agent nearby, so all up for 5 days hire it cost us $70 Australian, just over $5 a day each. Bargain! Petrol sold nearby was only 70c a litre, less than half the price of what it was back home! I found that at the end of the holiday I was so in love with the scooter that I started contemplating whether it would be worth buying one back home. It was quite funny when I realised Mario was thinking the same.

Our scooters arrived with attachments for our kite boards, to make it easier for ourselves when travelling to/from the beach with all our kite surfing equipment. I was amused to see that the scooter I ended up with had a keyring with a naked lady posing on it – I asked if I had to pose the same way in order to start the bike, much to the enjoyment of the male travel agent – he even pulled the same pose for me!

With our newfound freedom we immediately went exploring and found our friends. They were all heading out to a nearby surf spot, so we decided to tag along for the ride. Neither Mario nor I knew how to surf, and weren’t really keen to get started on that day.

The scooter ride was mental.

It was my first day driving, and the ride turned out to be the bumpiest road I’ve ever encountered. What a way to introduce myself to a scooter! Add to that there was scooters everywhere, with people overtaking each other and swerving around cars. It was as crazy as it could get (or so I thought). Our friend told us later that she had never seen that many people on the road before, whereby normally it was maybe only a couple of people here and there. Later we found out that because it was school holidays it was much busier on the island than normal.

We finally reached the destination, where our friends would leave their bikes and take a boat out to the surf spot (called Ekkas). We watched them head out and took some pictures, then decided to jump on our bikes and continue to explore. 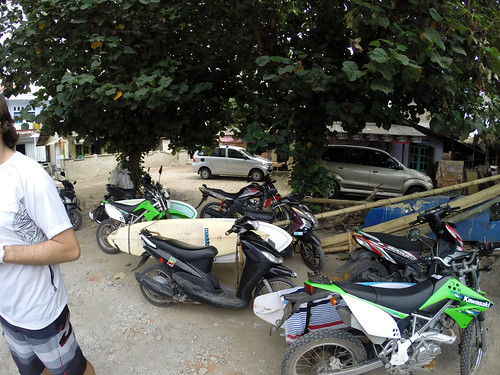 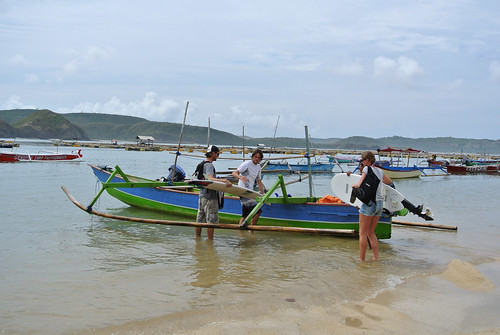 We chose a random road near our hotel and followed that. It lead us deep into farming country, and over some pretty steep hills! We saw women sifting through dirt on the side of the road, and a man set up with a contraption that was banging steel posts into the ground to try and separate the rock. There were dogs everywhere, and loads of cattle and goats just chilling out in the shade. We rode for about 20mins, before we pulled over and Mario decided it was time to head back.

Later on we met up with our friends for dinner, and encountered our first taste of cheap Indonesian food. We we directed to a local Warung by our friend, where we discovered that the street that our hotel was on was the main eatery section. It cemented another fact for us in that our hotel was in a great location, directly halfway between the local Kuta beach, and the main food area. The Warung was directly next to our hotel, and sold a super tasty nasi goreng for the measly price of RP 10,000, or $1 in Australian dollars.

After dinner it was back to our hotel for another early night – one of my favourite things about holidays.