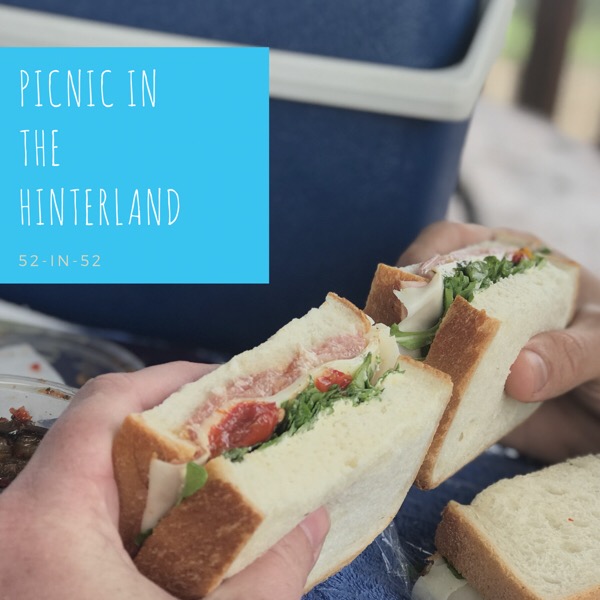 On this grey, dreary day my husband decided to humour me. I had requested that he prepare a lunch so that we could have picnic in the hinterland, then promptly forgotten all about it. It was a 52 in 52 that I wanted to achieve for weeks, and hadn’t yet had a chance. I thought today would have been a great chance for us to spend time together before the arrival of bub.

After making my request, I went out and caught up with some friends in a book club I’m part of. While I was out, Mario had messaged to let me know we had other friends coming over to visit, ones that we always struggle to find time to see. Once I got home, he explained he had told them we would only be home until midday, then we had to go out.

“Where?” I enquired, disappointed showing in my voice. Secretly I was hoping for a day at home on the couch.

“You wanted to have a picnic?!” he pointed out, very confused.

I looked in the fridge, to find he had prepared a packed lunch for us. He had put together a spread of sandwiches, olive antipasto, chocolate and drinks. What a sweetheart.

At first I had wanted to take our dog as well, but after thinking more about it, I decided taking her in a truck on windy roads may not be a smart idea. She was out.

After discussing the technical specifications we decided that all I wanted to have a view over the coast if possible. Knowing there was a ton of lookouts along the Sunshine Coast hinterland, we jumped in the car and headed up. Our first stop was to go to Mary Cairncross, which was absolutely packed. I also forgot that the view was actually across the road from the Scenic Reserve, and not actually a lookout. We continued on.

I put in the keywords of “lookout” in Google Maps, and McCarthy’s Lookout was only a short distance away. We decided to go there.

We pulled up and it was perfect. It had everything I needed:

We parked, and set ourselves up. 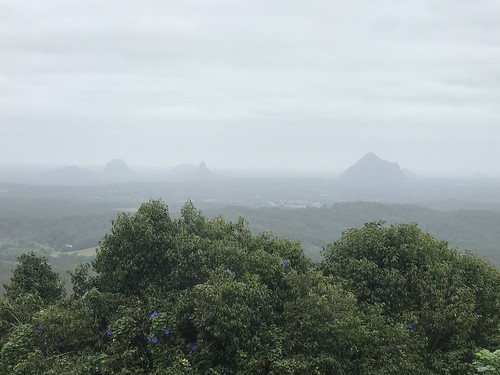 Mario had really delivered on the impromptu request. We had gourmet sandwiches, comprising of:

Despite making sourdough most days of the week, had had also randomly purchased some fresh bread from the bakery.

The sandwiches were divine! 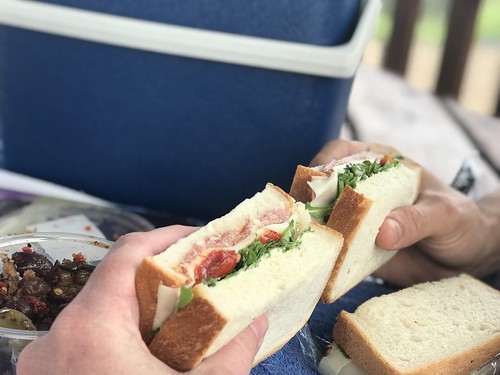 Following lunch, I told Mario that we had to take a selfie. First I tried balancing the phone on the esky so that we could get a timed shot with the background in, but we were worried it would fall over. That idea was canned.

By this time the girls had left and been replaced by an older couple. The male offered to take photos of us, which I gratefully accepted. Normally I don’t like full-body shots, but decided I would suck it up. Afterwards, I looked at the images and my usual body image issues kicked in.

For the sake of history I’ve included the image below, but for the record I hate it. I’ve nitpicked at it completely, criticising how round my face is, why my shirt is stretched out so it looks like I don’t have boobs (I’d pulled it down so far around my bump), the stripes in my shirt making a weird pattern around my belly, and how round I am in general. But hey, point in time right? (This is not a beg for sympathy either, so please don’t feel the need to comment on it <– spoken like a true negative nancy).

Afterwards I made Mario pose for a selfie, and took my usual “mouth open because for some reason I think goofing around is better” photo. And hey, we got the background! 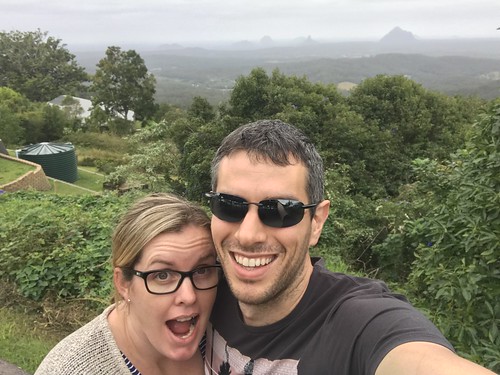 We sat and chat for a little bit, but didn’t end up staying for too long as it was a bit chilly. However it was really nice to get out and do something different for a change.

I remarked on the fact that it would be one of our last opportunities doing it as a family of two. However neither of us felt like that was a bad thing, and we’re excited to share those moments in the future with the creature in my belly.

Although those moments in the future might just be a lot more noisy and chaotic. Or not…?

2.5 months in the year left to go, and still some more 52s to tick off the list! Let’s see what I can tackle this week.