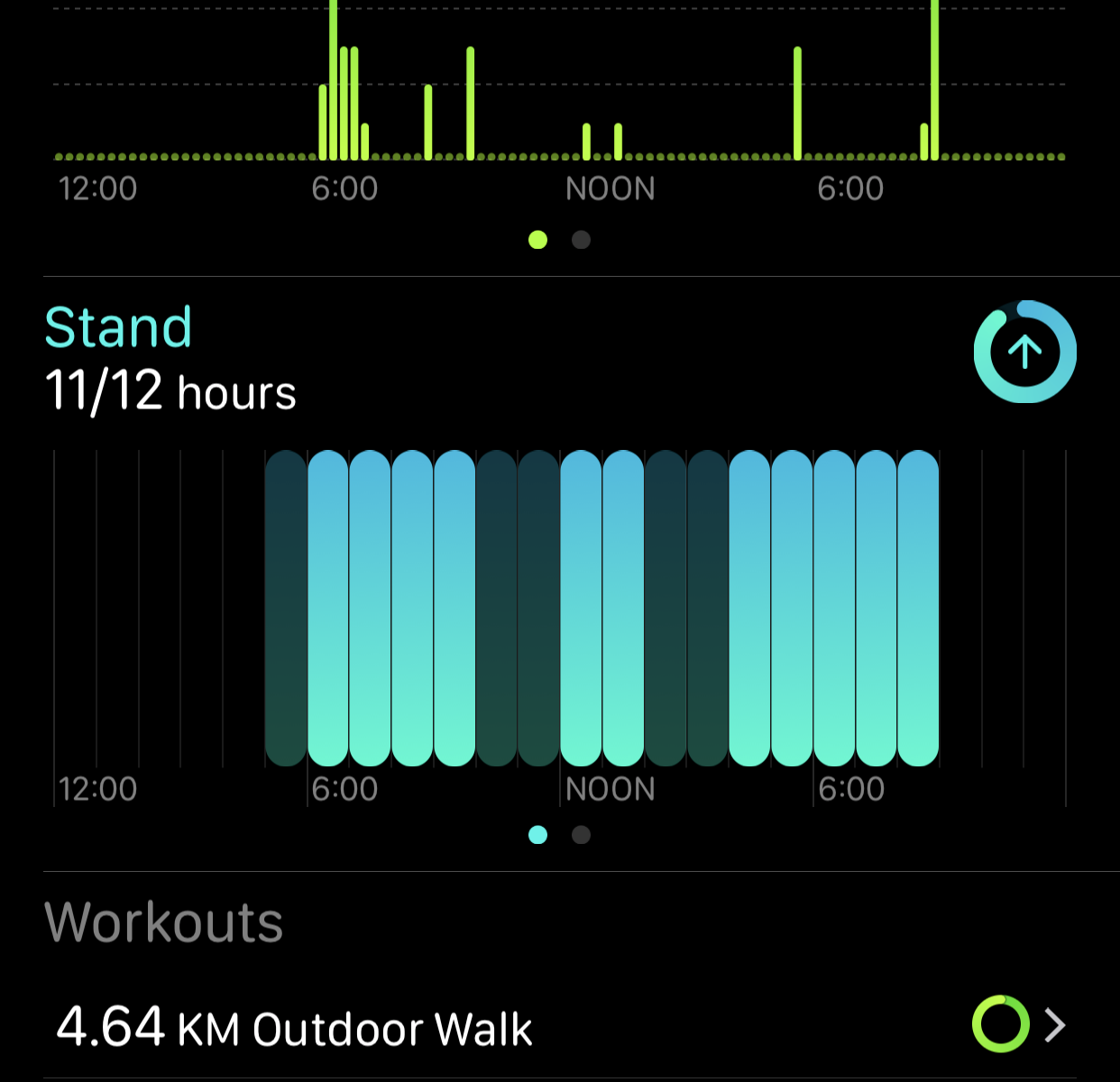 Earlier this week a friend and I were discussing Steptember, which I did last year with a group of mates. This year, knowing that I will be heavily pregnant I didn't want to commit to it again, but I did want to give myself a challenge. I wanted to see, starting immediately, how long I could do 10,000 steps a day for.

My thought was that given my exercise has been a bit hit and miss this pregnancy it would give me the motivation to keep moving. We started yesterday, and smashed it for say 1. We did an hour walk in the morning, and I followed that up by getting out of the office at lunch. Combining that with general movement every hour I finished the day with 13,369 steps.

I had a shocking night sleep. We went to bed early at 8.30ish, but it wasn't until 9.30 that I felt tired. Still, that was a good start. Then this:

Now I'm sitting on the couch digesting my food watching the tv. I figure I will try and go for a walk at lunch time, and again after work to make up the steps.

It definitely wasn't the greatest start to my 10,000 campaign, that's for sure!

I'm going to pick up some magnesium spray today; a tip someone gave me that solved their muscle cramps and restless legs at night. Hopefully that will help. As for the insomnia I have no idea. I don't think it's all caused by hunger, though I will try splitting up my meals tonight to eat a bit later and see if that helps.

As for the steps, I'll continue to do my best as I get bigger and more uncomfortable. I may not hit the goal every day, but as long as I remain active it's still a good thing! Maybe if I combine that with a bit of light strength work, and pregnancy yoga for the rest of the pregnancy I should come out of it not totally feeling life a blob?

As for now, time to get off the couch, do my morning chores and get to work. It's going to be a long day.