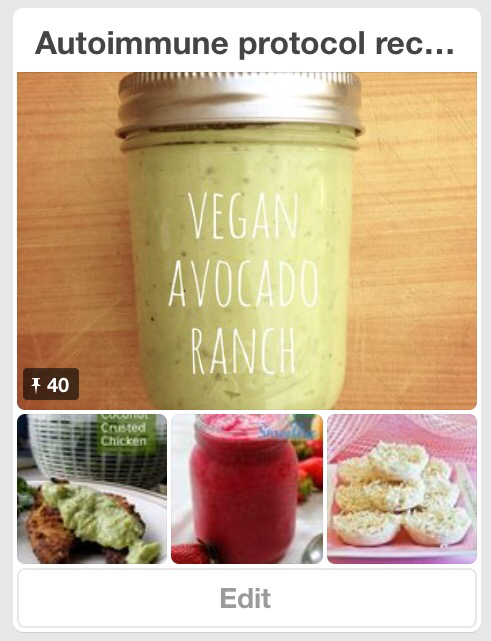 Compared to last week, this week has been a walk in the park although it hasn’t been without its challenges. What I wasn’t expecting was for my weight loss to continue to this degree.

This week saw my return to work after 2 weeks off, so instead of just feeling the effects of detoxing, this week was about the feeling of temptations. The very first day back turned out to be our Marketing Manager’s birthday, so following the corporate tradition of cake for every employee (sometimes joined depending on how close) there was cake in the common area. Despite appreciating how great the cake looked, I was impressed with how easy it felt to turn it down.

Working in IT, the office life is very much about coffee. You have to have a great quality coffee machine, or at least a good coffee shop nearby. We are lucky enough to have both, neither of which I can utilise during this 30 days. Well, unless I want to pay top dollar for dunking a tea bag in some hot water. I packed my roobois tea with me, and at the times where my routine would call for a coffee I substituted. I never drank that much coffee during the day, but it was very much my morning ritual to get in, put my things down, make a coffee and drink it while going through my inbox. Thankfully tea has been a great replacement for this.

The other challenge is post lunch, right when my sweet tooth kicks in. Mario had made me some Maple Coconut Bars so I was able to substitue for that. This really is a habit that I want to get rid of though, so I’m planning on trying to get through next week without it.

Other than that, it’s been a good week. Mario did most (read: all) of the cooking this week, but that’s normal for when I’m working. I finish at 5.30 so by the time I get home he’s got dinner ready to go on the table. We eat, I clean, we relax, we go to bed. It works well.

I did have to be extremely organised for work though. The one day I forgot lunch I spent $13 buying a steak, some sweet potato chips and a “salad” from downstairs (due to my request for ingredients to be omitted it was just lettuce, red onion and capsicum). If I’m going to meet my monthly budget I can’t be buying lunch often, and my options are quite limited.

In the mornings I was spending on average about 45mins in the kitchen, not something I think everyone would be able to do. I would first slice and prepare some sweet potato or beetroot for some chips, put those in the oven then get started on breakfast. Depending on what I was having that could mean another 15 – 20mins in the kitchen including clean up (thank god for a dishwasher). I wouldn’t have the luxury of being able to go to the gym and prepare food daily if I didn’t start at 9am, or I would need to be doing a serious amount of batch cooking on the Sunday.

I’m surprised by the amount of weight I’ve lost, although I guess I really shouldn’t be. Due to the foods that are restricted, I’m eating meat & veg for a lot of meals since there’s no “heavy foods” like breads to tempt me. Most days my calories have averaged about 1100 – 1300, and most of it fresh, good food (the only exception to this would be the coconut bars, which have a lot of coconut oil in them). Combining that with exercise it’s no wonder the scales are on a downward spiral. Yet even when I’ve reached a similar calorie amount when not on the autoimmune protocol my body weight never dropped that rapidly. It would be more around the 1kg mark, maybe 1.5kg if I was really lucky.

I’m not a nutritionist, nor a doctor or scientist, so I am not an expert by any means. In my non-expert view, the only thing I would attribute my enhanced weight loss to could be is that the diet I’m on is about gut healing and being able to digest your food properly. It makes sense in my mind that because it’s healthy food that I’m eating and that my body is able to process it properly that I’m seeing big results.

The greatest thing is that it’s not just “water weight”. The 3kg loss on the first week I largely put down to this, but then it continued onto the second week. I began to see my body shape starting to change. My stomach flattened out, but given one of my symtoms was bloating I had expected this. My thighs are thinner, and my arms and face have changed shape. I was only sure of this when one of the guys at work mentioned it; not a weird thing since we were both discussing the diets we’re both on at the moment and our changing weights. He picked the exact spots I had been wondering about. I put on some shorts this morning that only two weeks ago I was worried I was stretching the seam around the butt, for them to be baggy today.

Before anyone reminds me that this may very well change when the 30 days is up, to that I say “reintroductions”. It’s going to take me a long time before I’m back to eating regularly, and even then there may be foods that I’ve found just don’t agree with my body. To reintroduce a food I have to eat it twice on two consecutive days, then wait 3 days and observe how my body reacts. If I note any of my symptoms reoccur, the food is out. With that in mind, I’m daresay I’m still going to be eating well for a good time now (with the odd wine or two of course – that’s high on the list for a reintroduction).

I think it’s fair to say that in about 2 months I’m going to be going on a shopping spree.

I thought it would also be nice to share what I’m using to help me along in this process (other than an amazing cook for a boyfriend).

I remember when this new social media platform came out, and I couldn’t understand it. Why would you want to “pin” things? Then I discovered people were sharing recipes, and I was hooked.

I created a board called “Autoimmune Protocol Recipes” and started pinning. 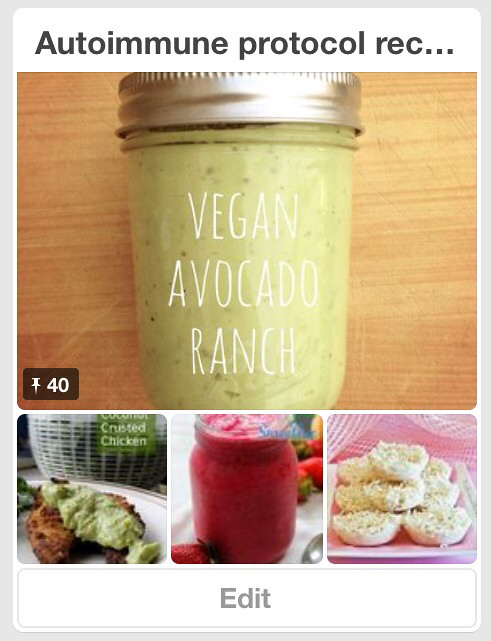 I’ve now got a nice collection of smoothies, dressings, treats, main meals and lunches ready for when I need some inspiration. During the week I’ll read through a few blogs and pin some more recipes, or even just do another search in pinterest to see what’s out there.

I’m finding some great blogs with recipes, including:

I’ve had to be careful, as sometimes the recipes may be aimed at just paleo rather than the autoimmune protocol, but thankfully I’m pretty well versed on what I can and can’t eat now. MyFitnessPal

My favourite diet companion, this app is fantastic. I know I probably shouldn’t be calorie counting, but I’m just concerned with making sure I’m getting enough food rather than restricting it. My appetite has reduced significantly to the point that I can’t eat large portions at my main meals anymore, so I’m mindful of making sure I’m getting enough proteins, carbs and healthy fats. I’m trying to get healthy here, not unhealthy.

It’s also providing me with a pretty cool chart to see how my weight loss goes.

Just recently I’ve discovered you can put in the URL of a recipe online and it will download the ingredients, and match them with some in the database. I simply enter how many serves I had and voila, calories in. So much easier than manually entering each ingredient one-by-one.

So that’s it for week 2! If anyone has any questions about the whole process I’d be more than happy to answer them.

Have a great week all!

4 Replies to “Recap: Week 2 of the Autoimmune Protocol diet”