Next month I'm riding in a 100km bike ride in Melbourne, and this week my lycra jersey arrived! It's the first time I've ever owned a lycra top (I bought my first lycra pants last month when I bought my bike), and I have to say it doesn't feel as bad on as I had expected. Getting the top was pretty exciting, and made the prospect of doing this ride all the more real. Now I just need to make sure I'm getting some more serious bike time so that I'm prepared, and don't die from the sheer amount of time spent in the saddle (I expect to have a very sore bum).

It's starting to warm up which means that it's beach season, and my dog is thrilled! Very soon I'm going to have to start moving my morning runs to the beach I think, which Missy will love as it means that she is going to get to cool down with a swim at the end. She's such a water baby! On this particular day in the photo above the water was freezing, but I was still a little bit surprised she didn't go in much deeper than a water level of about 10cm high. I'm even more stunned that I was able to get a photo of her sitting still – that doesn't happen very often at all! 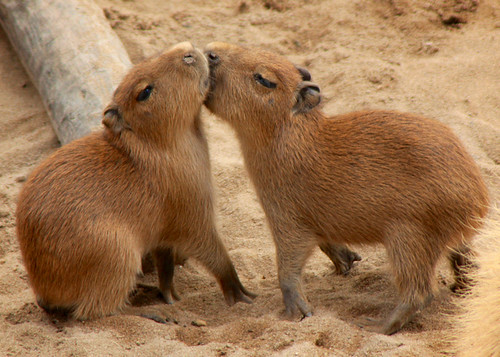 In the dating side of things, a little while ago C and I had “tried again” but both reached the conclusion that it wasn't going to work out. We've parted ways as friends and have both moved on with our lives. The best part about it is that I answered all the “what if” questions that I had going on in my mind (including the ugly “what if xyz changed” nagging question) which meant that I have been able to release myself and look towards being with other people. Spending the 6 months by myself before getting back with C meant that I had a much clearer understanding of who I am. As a result I found it made it easier to see that it was never going to work with him, so I was able to walk away without regret and with my head held high.

I am now dating a new man, whom we shall call M. I'm not going to go into too much detail about him yet as it's all quite new, but I will tell you that he's incredibly fit. He's pushing me to challenge myself physically, which is a nice refreshing change for me. So far he has convinced me to join in my first triathlon next year along with another friend of mine, which will be exciting (it's a short distance course, but still a tri). It was always an item on the bucket list, and will be great to cross it off. He's done 11 triathlons in 4 years, with his next being next month, so it's pretty easy to say he knows what he's doing when it comes to these things. According to my friends, I love quoting that statistic 🙂 Impressed much? I think I am!

Other than that, my life has been SO busy lately! I've been non-stop with dinners out with friends, camping, or work related activities. This weekend I have a family bbq with all my aunts/uncles/cousins to honour my deceased grandad's birthday, which is just an excuse for us to all get together as it's been a long time. I've been tasked with organising it so this week will be focusing on putting together a photo slideshow and getting some fun activities prepared. I'm really looking forward to it!

As always, I will promise to try and post some more updates but I'm struggling to get time to sit still. As it is, I'm typing this up in my lunch break from my desk, where I have gotten 15mins spare. Instead of sitting out in the beautiful sun enjoying the glorious spring day, I'm cramming my food in and then getting back to work ASAP – so much on my plate at the moment.

I hope you're all well!

One Reply to “An update of recent events in my life”